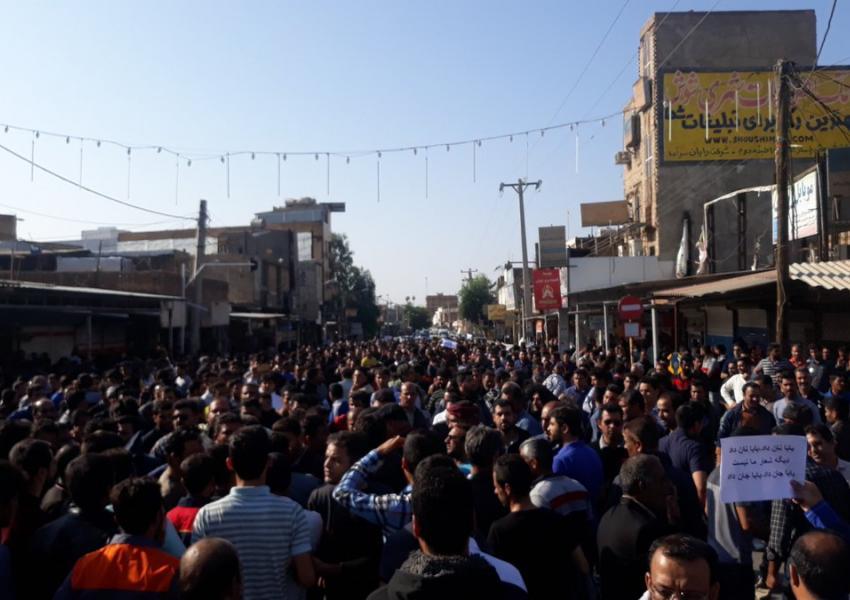 One Out Of Every Two Iranians Lives Below Poverty Line, Says Report

A report published by the Statistical Center of Iran in early September and highlighted by many Iranian media outlets during the past week says 50 percent of Iranians live below the poverty line. This follows a report in May from the parliamentary research center predicting that at least 57 percent of Iranians would fall below the poverty line in the year ending on March 20, 2021.

Until 2019 both the Iranian Statistical Center (SCI) and the Central Bank of Iran published monthly reports on the Iranian economy. Since early 2019, the Rouhani administration has barred the Central Bank from revealing inflation figures and price indexes, but the SCI still publishes statistics.

On the pro-reform website Fararu Mohammad Mehdi Hatami wrote that “the economic crisis in Iran is now so deep that one can hardly predict what social and political developments it can entail during the coming months.” Hatami calculated that on the SCI’s account consumption of red meat had dropped by 51.6 during the past decade and consumption of rice by nearly 35 percent. Over the same period consumption of rice fell by 34.7 percent, and the consumption of dairy products by 35.3 percent. The poorest segment of the population (around 8 million people) consumed 65.2 percent less meat.

During the same three years March 2016-March 2019, Iranian families’ food consumption has been generally reduced by 3 percent, according to the SCI, while the poorest 8 million Iranians have reduced their food consumption by around 17 percent.

According to the SCI, 35.4 percent of Iranians were living in 2019 below “the basic minimum of subsistence,” based on a monthly income of 100,000,000 rials. In the current year, the figure could well rise above half the population as a result of economic pressures and the coronavirus pandemic.

Conditions further deteriorated in 2020 as the currency halved in value and more incomes fell below the minimum level of providing a basic basket of essentials, estimated to be 100 million rials a month, or at current exchange rate about $330.

Meanwhile, Fararu's reporter, Mohammad Mehdi Hatami opined that the current Iranian year (March 21, 2020- March 20, 2021) has been the worst from all previous years from an economic perspective. He wrote that "the economic crisis in Iran is now so deep that one can hardly predict what social and political developments it can entail during the coming months."

Iran has undergone two major nationwide protests during the past two years while various parts of the country have been the scene of economically motivated protests on a daily basis as unpaid workers and teachers, nurses and factory workers unhappy with their financial situation take to the streets.

City officials in Iran's capital Tehran are planning to put locks on large waste containers in the streets to prevent garbage pickers from accessing waste. END_OF_DOCUMENT_TOKEN_TO_BE_REPLACED

The Biden Administration has confirmed to the US Congress that sanction imposed by its predecessor on Iran have drastically reduced Iran's trade with the world. END_OF_DOCUMENT_TOKEN_TO_BE_REPLACED

The UK government said on Sept 20 that Britain would "not rest" until all its dual nationals being held in Iran were returned home. END_OF_DOCUMENT_TOKEN_TO_BE_REPLACED