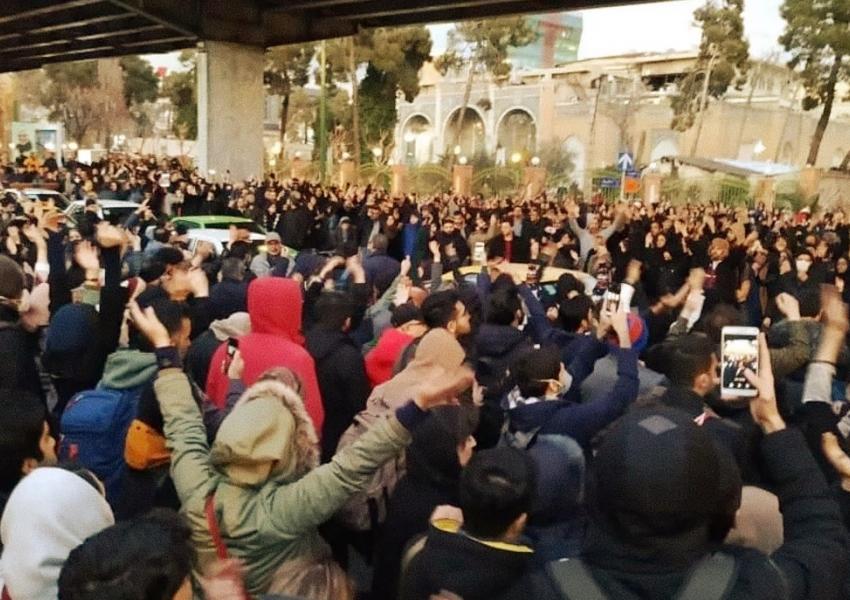 A member of the Iranian Parliament (Majles) has revealed that the Revolutionary Guards (IRGC) is keen to relocate the capital from Tehran over security concerns and a fear of protests in the city of over 12 million people.

Abolfazl Aboutorabi, a parliamentary deputy since 2012, on Tuesday said the Guards’ construction and financial arm, Khatam al-Anbia Construction Headquarters, had told President Hassan Rouhani that it was ready to develop a new political and administrative capital at no cost to the government.

In an interview on Wednesday with Hamshahri, the newspaper and website affiliated to Tehran Municipality, Aboutorabi disclosed that shielding government institutions from popular protests, which have rocked Tehran repeatedly since 2009, is a major reason for the IRGC offer. “Excessive concentration of population, wealth, knowledge, and industries in Tehran is a real threat, for environmental reasons as well as [the possibility of] military invasion or social unrest,” he told Hamshahri.

Aboutorabi, who has been a leading proponents of relocating the country’s administrative center, was explaining the IRGC’s proposal on September 22, a day after the government announced it had agreed to pay around $400 million it owed to Khatam al-Anbia for various projects.

Relocation of the Iranian capital would cost tens of billions of dollars and would be a complex and probably long process. Tehran has been Iran’s capital since 1786.

Many cities including Isfahan, Shiraz, Mashhad, Qom, Shiraz, and Tabriz have been suggested at various times as an alternative to Tehran, while some officials have advocated a purpose-built city. Aboutorabi told Hamshahri that the chosen location could not be disclosed due to security concerns.

In September 2018 the presidential office’s Center for Progress and Development of Iran released a report warning that Tehran’s population would increase by 20 million in the next 30 years, making the city next to impossible to manage.

There is a long history to calls for relocating the seat of government from Tehran, a city of 12 million and the second most populous metropolitan area in the Middle East, after Cairo. The idea dates back to the days before the 1979 Islamic Revolution, but has gained currency due to Tehran’s growing traffic congestion and chronic air pollution. Regular minor earthquakes, including one in May, have fed fears of a major human crisis if a quake of more than 5 on the Richter scale strikes the city, which sits on several seismic faults.

In 2013, possibly inspired by the successful examples of Istanbul-Ankara and Karachi-Islamabad in neighboring Turkey and Pakistan, 52 lawmakers proposed a bill to relocate the capital. Parliament agreed to set up a body to research an alternative to Tehran over a period of two years.

But a relocation plan drawn up by this 15-member body and then proposed by the Rouhani government was rejected by Tehran City Council in March 2019. At the time, the council’s chairman, Mohsen Hashemi-Rafsanjani, said the government should instead invest in improving and developing Tehran.

City officials in Iran's capital Tehran are planning to put locks on large waste containers in the streets to prevent garbage pickers from accessing waste. END_OF_DOCUMENT_TOKEN_TO_BE_REPLACED

The Biden Administration has confirmed to the US Congress that sanction imposed by its predecessor on Iran have drastically reduced Iran's trade with the world. END_OF_DOCUMENT_TOKEN_TO_BE_REPLACED

The UK government said on Sept 20 that Britain would "not rest" until all its dual nationals being held in Iran were returned home. END_OF_DOCUMENT_TOKEN_TO_BE_REPLACED