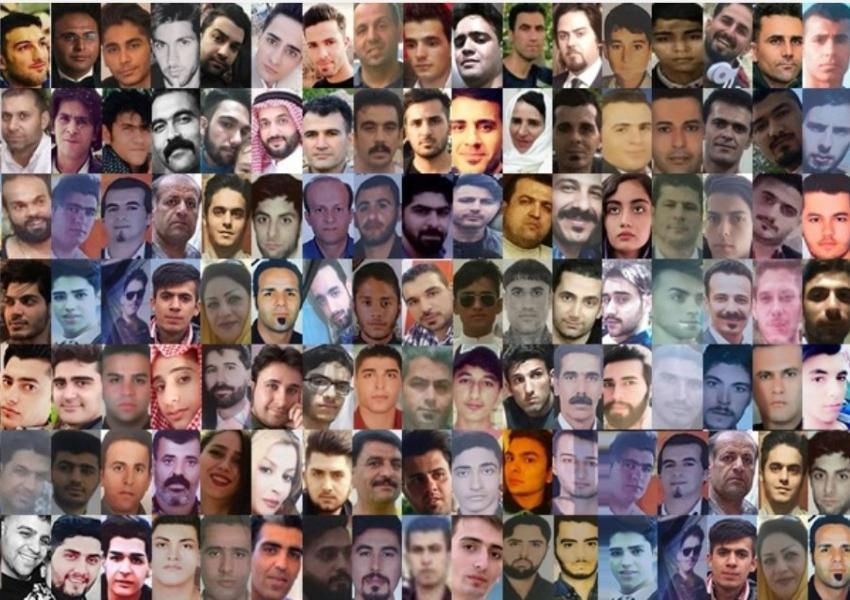 A ‘People’s Tribunal’ organized by three human rights groups will convene in London to hear witnesses of the November 2019 protests and the government’s violent response that killed hundreds of unarmed people.

The event, called the Aban Tribunal is timed to coincide with the second anniversary of the nationwide protests that started on November 14, 2019, when the government suddenly raised gasoline prices. On the second day of the protests, authorities shut off the internet in the country and began using military weapons against protesters. Aban is the Iranian month partially corresponding with the month of November.

The tribunal will take place in London and “several family members of victims, eyewitnesses and protestors will stand in front of a panel of judges consisting of internationally renowned lawyers, whether in person or virtually, and testify. Over a hundred more witness statements will also be assessed by the Tribunal,” a statement issued by the organizers said on Sunday.

In March, the tribunal sent a letter to Iran’s ambassador in The Hague, Alireza Kazemi Abadi, to inform him that it has “charged” Supreme Leader Ali Khamenei, President Hassan Rouhani and Chief Justice Ebrahim Raisi, now president of the Islamic Republic, with gross human rights violations and crimes against humanity related to the protests in 2019.

Iran has never published an official death toll, but officials have put the number at over 200, while others have estimated between 300-500 were killed by security forces. However, Reuters reported in December 2019 quoting unnamed government officials that up to 1,500 were killed in a span of less than a week in hundreds of cities and town across Iran.

No one knows how many people were injured or arrested. Estimates by human rights and opposition groups put the number of detained from 8-10 thousand people, many of whom later said they were tortured in prison.

“The culture of impunity that has prevailed over the last four decades in the Islamic Republic of Iran, has to end. We do hope that Aban Tribunal and the prosecution of the perpetrators would accelerate such an ending,” the statement quoted Hamid Sabi, human rights lawyer and a co-counsellor of the Tribunal as saying.

The Aban Tribunal has been organized by Justice for Iran, Iran Human Rights and ECPM – Together Against the Death Penalty. “The organisers have worked closely with those affected by the atrocities and have given the mandate to a group of international lawyers on behalf of the victims,” the statement added.

The organizers say they are giving a chance to the accused - Ali Khamenei, the Supreme Leader, Hassan Rouhani, the former President, Abdolreza Rahmani Fazli, the Minister of Interior, Ali Shamkhani, the Secretary of the Supreme National Security Council, Mahmoud Alavi, Minister of Intelligence, and Ebrahim Raisi, the newly elected president and former head of judiciary – to defend themselves.

The Islamic Republic, which insists it has a clean human rights record, has not commented on the news of the tribunal.

Iran's president Ebrahim Raisi addressed the UN General Assembly saying his country wants a resumption of nuclear talks with world powers to lead to the removal of US sanctions. END_OF_DOCUMENT_TOKEN_TO_BE_REPLACED

President Joe Biden told the UN General Assembly on September 21 that he will prevent Iran from getting nuclear weapons. END_OF_DOCUMENT_TOKEN_TO_BE_REPLACED

India has seized nearly three tons or $2.72 billion worth of Afghan heorin shipped from Iran. END_OF_DOCUMENT_TOKEN_TO_BE_REPLACED

Iran's foreign ministry spokesman has said that nuclear talks with world powers will start in a few weeks but has not given a firm date. END_OF_DOCUMENT_TOKEN_TO_BE_REPLACED