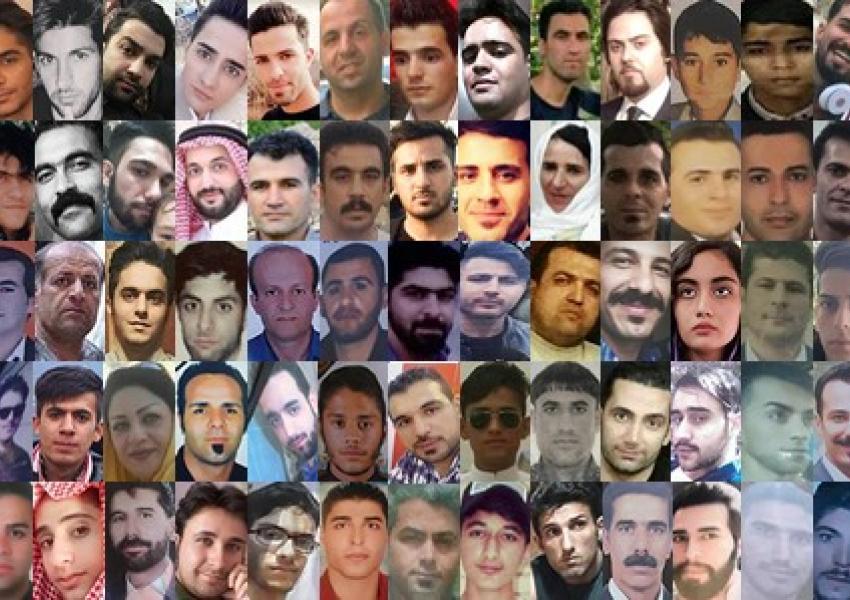 Persecution and harassment of families of the victims of November protests

As the Internet shuts down and security atmosphere intensifies in several cities in Iran, reports indicate that family members of several victims of November protests have been harassed and even arrested in order to cancel the memorials of their loved ones.

Shahnaz Akmali, the mother of Mostafa Kamalbeigi, one of the protesters killed last year published a text on her Instagram page that said security and judicial officials have ordered her to cancel her call for participation in a memorial for the victims of November protests.

After the announcement, it was reported that Akmali’s daughter was threatened by the security forces that a case has been opened on both of them.

Meanwhile, on Monday, security forces rushed the house of Pouya Bakhtiari, another young protester killed during the protests, and arrested his parents and several of his relatives including his grandfather and infant relatives.

Bakhtiari’s family was supposed to hold a memorial for him at the cemetery.

Some social media activists reported that they have been called by security forces and warned not to do anything in relation to the memorials.

City officials in Iran's capital Tehran are planning to put locks on large waste containers in the streets to prevent garbage pickers from accessing waste. END_OF_DOCUMENT_TOKEN_TO_BE_REPLACED

The Biden Administration has confirmed to the US Congress that sanction imposed by its predecessor on Iran have drastically reduced Iran's trade with the world. END_OF_DOCUMENT_TOKEN_TO_BE_REPLACED

The UK government said on Sept 20 that Britain would "not rest" until all its dual nationals being held in Iran were returned home. END_OF_DOCUMENT_TOKEN_TO_BE_REPLACED