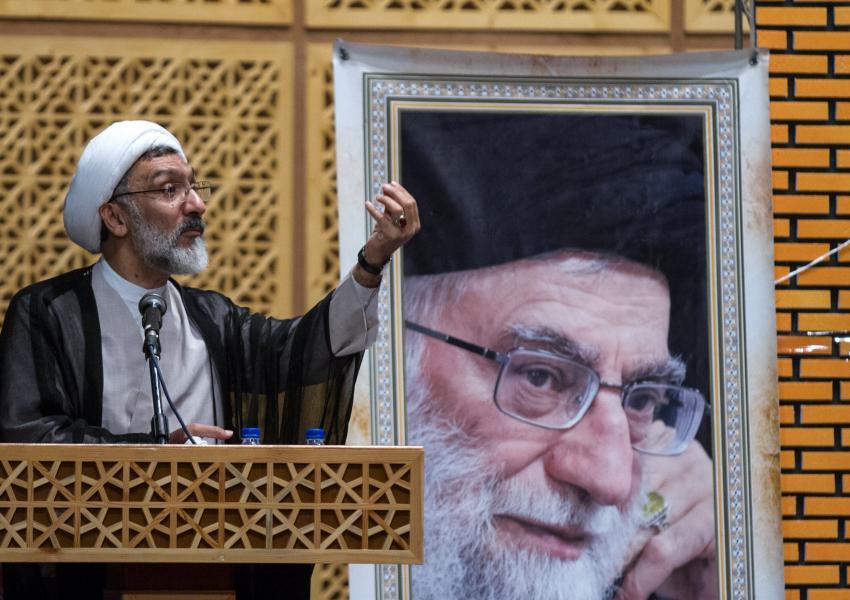 Pour-Mohammadi: Serial Assassinations of 1998 was the regime’s project

In a recent interview, Mostafa Pour-Mohammadi, a high-ranking Islamic Republic official who was the Deputy Intelligence Minister for years, denied the previous narratives about the serial assassinations of political opponents in 1998 and claimed that these political assassinations were part of a project designed and executed by the system.

A member of the “death council” during the mass executions of 1988 and a deputy to two ministers of Intelligence, Pour-Mohammadi denied both narratives of foreign involvement and the “rogue agents", respectively presented by the leader of the Islamic Republic and the former president Khatami regarding the serial political assassinations of 1998.

According to Pour-Mohammadi: “It is not as if a group of rogue agents planned and did it, it wasn’t like that. A faction of the Ministry of Intelligence who executed these assassinations had their own analysis, now whether they were influenced [from the outside] or not, was never proven.”

In his interview with Mosallas Magazine, Pour-Mohammadi points out that those agents of the Ministry of Intelligence who executed these assassinations “were tried in court, and went to prison for a long time… There was no sign of them being directly influenced by anyone.”

His comments are in direct contrast to those of the leader of the Islamic Republic, Ali Khamenei, who said in 1998: “The hand that decided to erase these people and assassinate them in their homes or in the streets or the desert,  is definitely tied to the foreigners, and it is impossible for it not to be a scenario written by foreigners.”

Khamenei at the time said that “these assassinations were harmful to the nation and the government and the regime. It is impossible for a group in the higher analytical levels of the Ministry of Intelligence to commit such assassinations.”

Pour-Mohammad however indirectly rejected the leader’s previous claims and said: “It is possible that some others could indirectly influence your analysis by creating a certain atmosphere. The indirect influence could be involved, but these claims about foreign espionage networks and direct influence and such were never proven.”

But the most controversial part of Pour-Mohammadi’s comments was when he claimed that the “serial political assassinations” was one of the “projects” of the Ministry of Intelligence which occurred “within the system,” saying: “The Serial Assassinations happened within the system, the deputy of security was the project manager…meaning it wasn’t as if five rogue agents got together and decided to do this.”

This part of Pour-Mohammadi’s comments undermines former President Khatami’s claim about the role of “rogue agents” in these assassinations. In the statement released in 1998 by the Ministry of Intelligence under Khatami, it was claimed that “a small number of irresponsible, deviant and rogue agents” of the Ministry of Intelligence “who were most likely puppets of others, committed these assassinations that were in the interest of foreigners.”

“No, that section of the Ministry of Intelligence were not rogue agents. They might make bad decisions sometimes and I myself would criticize them, but it wasn’t like they were out of our control. They had their own assessment and analysis, and they thought they were serving the regime by acting based on that analysis and saving the reformists from a dangerous pitfall.”

Pour-Mohammadi also claimed that Saeed Emami’s role in the serial assassinations project was “advisory” at worst. He referred to “Mr. Saeed Emami” as his former colleague and said: “Those who were arrested confessed that Saeed Emami’s role was as an adviser.” He emphasized: “Emami was not the project manager, was not the decision maker, or in the position of execution. They consulted with him. We asked him, he said no, I wasn’t involved. Until his last moment, he said he wasn’t involved.”

In 1999, Saeed Emami was identified as one of the main suspects of the serial assassinations of opposition figures and intellectuals in Iran, and shortly after, it was reported that he had committed suicide in prison by eating hair removal products. Due to his death, his case was never investigated, and his testimonies were erased from files. Later, several high ranking officials of the Islamic Republic referred to him as a loyal Intelligence force and his wife even revealed that Emami had close relations with the leader of the Islamic Republic and his son, Mojtaba Khamenei.

City officials in Iran's capital Tehran are planning to put locks on large waste containers in the streets to prevent garbage pickers from accessing waste. END_OF_DOCUMENT_TOKEN_TO_BE_REPLACED

The Biden Administration has confirmed to the US Congress that sanction imposed by its predecessor on Iran have drastically reduced Iran's trade with the world. END_OF_DOCUMENT_TOKEN_TO_BE_REPLACED

The UK government said on Sept 20 that Britain would "not rest" until all its dual nationals being held in Iran were returned home. END_OF_DOCUMENT_TOKEN_TO_BE_REPLACED