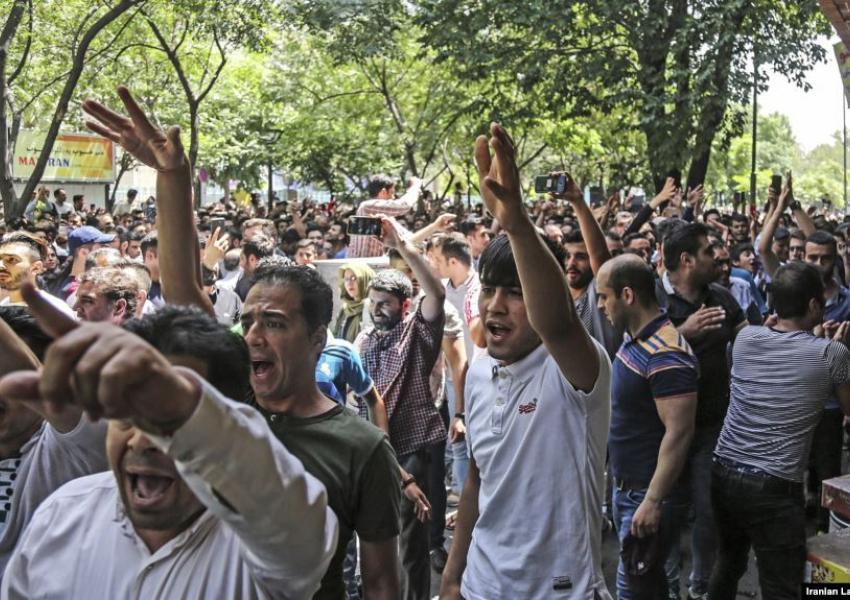 As Poverty Grows In Iran, Some Suggest Redistribution Of Wealth By Taxation

A report published Monday by proreform website Fararu in Iran has suggested that the government should shift economic pressures from low-income groups to well-to-do Iranians as part of the state's agenda for the current Iranian year.

The writer Mohammad Mehdi Hatami warned that unmet demands and broken promises of recent decades have destabilized Iran's social milieu and turned into potential threats. The report added that although it appears the Islamic Republic’s leaders have noticed the danger, it is not clear if any mechanism is in place to reverse the process.

Protests in January 2017-2018 and in November 2019, during which hundreds of people were killed by security forces, have revealed how these threats work their way into the Iranian society. These events, the report argues, have changed Iran's political scene forever.

According to Iranian Interior Ministry, some 43,000 protest demonstrations took place in Iran between 2013 and January 2018. That is 30 protests per day. This comes while in 2018 protests by low-income Iranians grew more violent.

Last week, Expediency Council member Ahmad Tavakoli highlighted the fact that some 60 percent of Iranians live in poverty. He said there is a "significant degree of hunger and poverty" in Iran. He warned that this could lead to social upheavals if the government fails to understand the situation and try to mute dissent.

The Iranian government appears to have realized that a decade of zero economic growth during the 2010s, have led to an unprecedented decline of per capita income, necessitating a change in the distribution of wealth and financial resources. But there is no indication in Iran's administrative system to show that this change is taking place.

While the report focuses on re-distribution of wealth, creation of wealth has been the more daunting issue for Iran in the last four decades. The establishment of a state-controlled economy after the 1979 Revolution, the anti-Western policies of the clerical regime and corruption among the ruling elite have prevented sustained investments in the economy. Iran has remained largely dependent on oil exports and even its oil industry has been starved of investments.

Iran's new parliament that has defined itself as a "revolutionary" parliament, is under immense pressure to come up with legislation that would ease the economic pressure on low-income Iranians.

The parliament's solution is reforming the taxation system in a way to benefit the low-income strata of the society. However, this has not gone further than chanting slogans and showing that lawmakers realize the problem. The idea of shifting economic pressures from low-income to high-income Iranians is being put forward in a situation that the government in Iran has traditionally been unable to collect taxes.

According to the Iranian parliament, Iran's super rich, who account for 0.1 percent of the population, have over 5,000 trillion rials in cash in their bank accounts. These ‘super-rich’ are 83 thousand out of a nation of 82 million, who annually earn 1,000 trillion rials ($4billion) interest on their savings. The parliament suggests that if the government collects only 10 percent of tax from these 83 thousand people it can make up for the financial shortcomings in the lives of low-income Iranians.

In Iran's modern history, the tax system worked properly only twice in the early 20th century thanks to US financial advisers William Morgan Shuster who was appointed Iran's Treasurer General by the Iranian parliament, and Arthur Chester Millspaugh who restructured Iran's Ministry of Finance in the 1920s. In that period, the taxation system worked so well that Iran managed to launch its national railways network with its tax revenues. But even then, pressure groups in the government, including big landowners, successfully conspired to send the advisers back to America and shift the pressure back to the low-income Iranians.

City officials in Iran's capital Tehran are planning to put locks on large waste containers in the streets to prevent garbage pickers from accessing waste. END_OF_DOCUMENT_TOKEN_TO_BE_REPLACED

The Biden Administration has confirmed to the US Congress that sanction imposed by its predecessor on Iran have drastically reduced Iran's trade with the world. END_OF_DOCUMENT_TOKEN_TO_BE_REPLACED

The UK government said on Sept 20 that Britain would "not rest" until all its dual nationals being held in Iran were returned home. END_OF_DOCUMENT_TOKEN_TO_BE_REPLACED