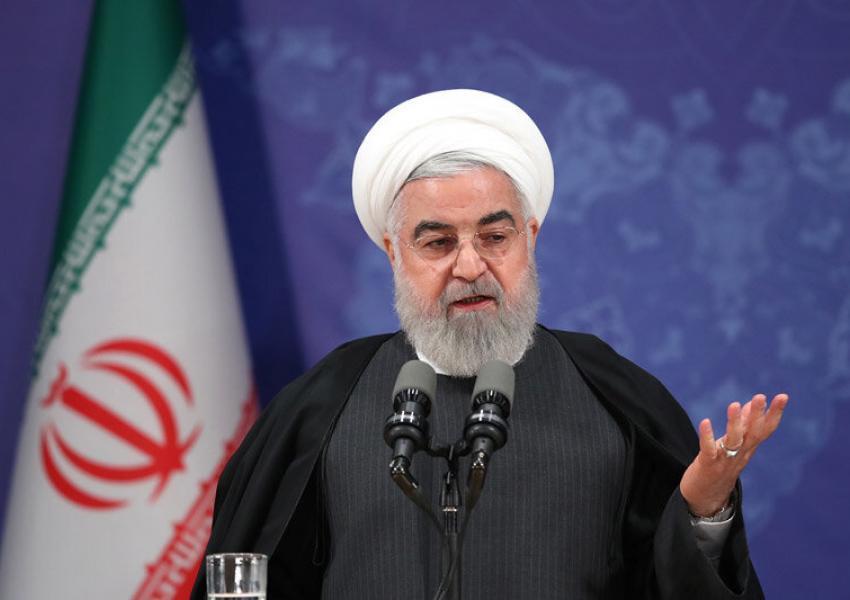 On Thursday, Iran International received a report from its reliable sources that stated during a Supreme National Security Council meeting, President Rouhani said even if “two to two and a half million people die” the government cannot shut down the country due to these economic conditions.

In response to the report, Moezzi tweeted: “There were no meetings of the Supreme National Security Council last week.”

He went on to say: “It is clear that any report from a session that was not held is obviously a lie.” To which Iran International responded: “Mr. Moezzi, isn’t it strange that the session was held this week in Saad Abad castle with representatives of IRGC, the Army, security and economic organizations, and the Minister of Health, presided by President Rouhani, with the topic of economic security in the fight against coronavirus and assessment of its economic-security impacts, and you are unaware of it?”

According to the report that Iran International received, President Rouhani emphasized in that meeting that “if we shut down businesses, after a while we will face 30 million hungry people protesting in the streets.”

The sources told Iran International that Rouhani also opposed shutting down schools and universities until the end of this school year.

City officials in Iran's capital Tehran are planning to put locks on large waste containers in the streets to prevent garbage pickers from accessing waste. END_OF_DOCUMENT_TOKEN_TO_BE_REPLACED

The Biden Administration has confirmed to the US Congress that sanction imposed by its predecessor on Iran have drastically reduced Iran's trade with the world. END_OF_DOCUMENT_TOKEN_TO_BE_REPLACED

The UK government said on Sept 20 that Britain would "not rest" until all its dual nationals being held in Iran were returned home. END_OF_DOCUMENT_TOKEN_TO_BE_REPLACED