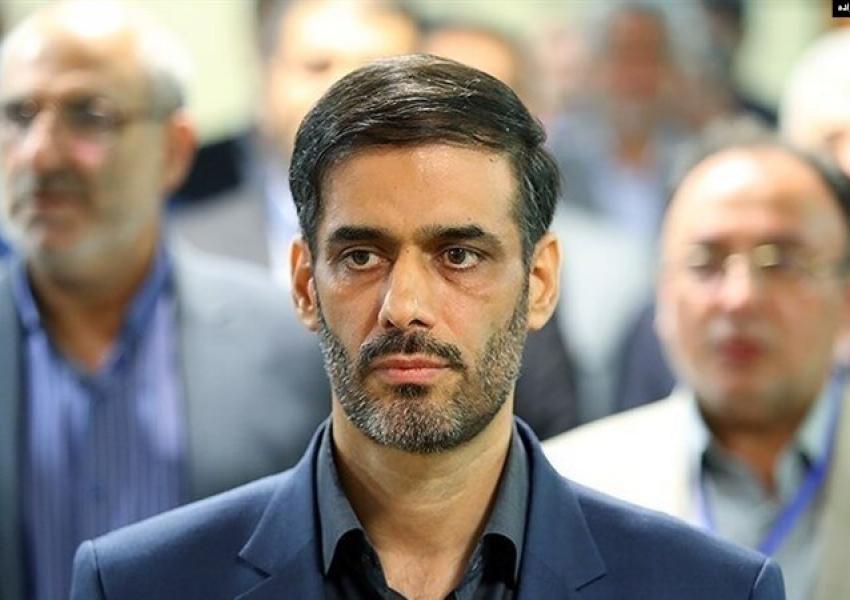 The number of presidential election candidates hailing from the Revolutionary Guards (IRGC) has alarmed not only moderate and reformist politicians but some conservatives who fear their preferred candidates will be weakened. Iran's regular army traditionally stays away from politics but as in previous presidential elections several figures with strong IRGC ties have shown interest, including Brigadier-General Saeed Mohammad, who resigned from his military post on January 7.

Mohammad, 53, belongs to the second generation of Revolutionary Guards. Unlike first-generation commanders such as Mohammad Bagher Ghalibaf (Qalibaf), he did not fight in the Iran-Iraq War (1980-1988).

Mohammad’s supporters often use the hashtag "Young Revolutionary Government" to describe his ruling potential. The hashtag quotes from a speech of Supreme Leader Ali Khamenei on May 17, 2020 when he suggested that "A Young, revolutionary government is the solution to the country's problems." Khamenei's website on Wednesday said readers had voted this "the most important quote of the Leader of the Revolution" in the current Iranian year (1399), which ends on March 20.

Other potential candidates with a military background include Brigadier-General Hossein Dehghan, former defense minister and current military advisor to Khamenei, Brigadier-General Mohsen Rezaei, a former IRGC commander who is Secretary of the influential Expediency Council, and Ghalibaf, parliamentary speaker and former commander of the Revolutionary Guards Air Force.

The Guards deny involvement in the nomination or campaign activities of candidates or potential candidates with roots, or recent high positions, in the IRGC. The Guards' spokesman, Brigadier-General Ramezan Sharif in a state-run radio program on Thursday [March 18] said critics of military candidates were "knowingly or unknowingly being led by American and Israeli propaganda against military candidates."

Reformists, even parties and groups that have not been outlawed, have threatened to stay away from the presidential elections if the watchdog Guardian Council fails to qualify their candidates. Exiled opposition groups, including supporters of the online "No to the Islamic Republic Campaign," are again encouraging Iranians to boycott.

On Thursday, the traditional conservative Islamic Coalition Party (Motalefeh), one of the oldest political parties in Iran, announced the names of its secretary-general, Asadollah Badamchian, and four other senior members as possible candidates from which it will choose a nominee. None were from the IRGC.

In an interview with moderate conservative Khabar Online news website on January 9, Badamchian said Iranians had shown that they would not vote for "military and security figures" as they feared "the country turning into military barracks." He cited the former minister of intelligence, Mohammad Reyshahri, who ran unsuccessfully against reformist Mohammad Khatami in 1997, and Ghalibaf’s defeats to Mahmoud Ahmadinejad in 2005 and Hassan Rouhani in 2013.

Badamchian argued that Mohammad, who on January 7 said he had resigned from his position as head of Khatam ol-Anbia Construction Headquarters, the construction arm of the IRGC, to run in the elections had not really left the IRGC as he had been appointed as an advisor to the Guards' commander-in-chief, Major General Hassan Salami.

City officials in Iran's capital Tehran are planning to put locks on large waste containers in the streets to prevent garbage pickers from accessing waste. END_OF_DOCUMENT_TOKEN_TO_BE_REPLACED

The Biden Administration has confirmed to the US Congress that sanction imposed by its predecessor on Iran have drastically reduced Iran's trade with the world. END_OF_DOCUMENT_TOKEN_TO_BE_REPLACED

The UK government said on Sept 20 that Britain would "not rest" until all its dual nationals being held in Iran were returned home. END_OF_DOCUMENT_TOKEN_TO_BE_REPLACED