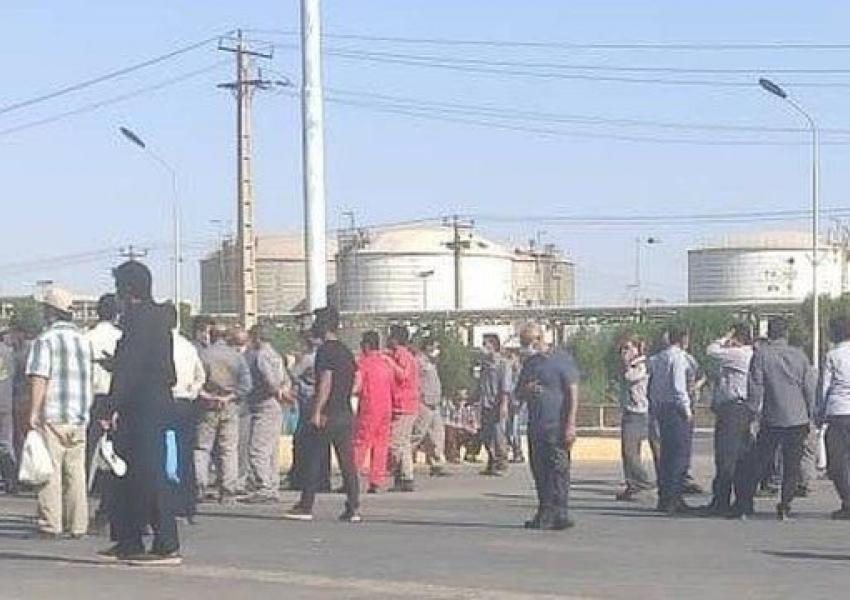 Protests and strikes spread to medical and public services in Iran

As the workers continue their strikes and protests in industries and refineries across Iran, medical staff and public service workers have also organized gatherings in at least seven provinces of Iran in protest to their work conditions and low wages.

The strikes in HEPCO automobile industries and Haft-Tappeh Sugarcane Company are ongoing.

According to ILNA, on Monday a number of Water Company of Khuzestan gathered in front of the company building in Ahvaz.

At the same time, in Khoy city in West Azarbaijan province, the park department workers of the municipality went on strike.

The workers have not received their paychecks in five months.

According to a member of parliament, the 50 percent decrease in hospital revenues due to coronavirus has also made it difficult to pay the medical staff of hospitals.

As a result, the medical staff of hospitals in at least seven provinces gathered in front of the governors’ offices. The protests were reported in provinces of Yazd, Khuzestan, Kerman, Markazi, Lorestan, Razavi Khorasan, and West Azarbaijan.

The medical workers on strike have demanded the intervention of the Ministry of Health.

The workers of Haft-Tappeh continued their strike for the 57th day. Dozens of workers gathered in front of the governor’s office again demanding their delayed paychecks, rehiring of their fired coworkers.

City officials in Iran's capital Tehran are planning to put locks on large waste containers in the streets to prevent garbage pickers from accessing waste. END_OF_DOCUMENT_TOKEN_TO_BE_REPLACED

The Biden Administration has confirmed to the US Congress that sanction imposed by its predecessor on Iran have drastically reduced Iran's trade with the world. END_OF_DOCUMENT_TOKEN_TO_BE_REPLACED

The UK government said on Sept 20 that Britain would "not rest" until all its dual nationals being held in Iran were returned home. END_OF_DOCUMENT_TOKEN_TO_BE_REPLACED