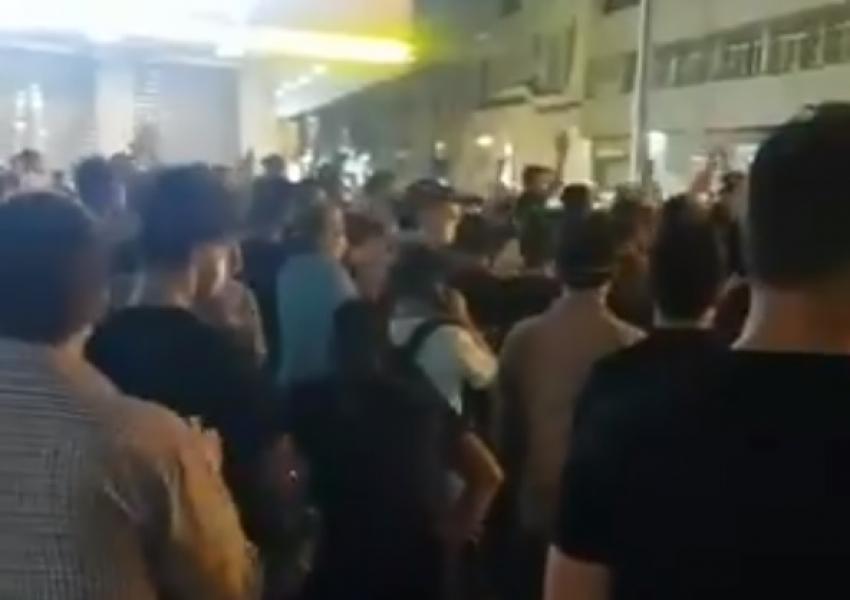 Local sources in Behbahan report that people have come to the streets in protest. The protesters have been chanting against the Islamic Republic, IRGC civilian militia (Basij), and foreign aid to terrorist organizations.

Reports from Tehran, Shiraz, Mashhad, Tabriz, and Tehran indicate that anti-riot police and security forces have been positioned in populated areas to prevent gatherings.

The protesters in Behbaban chanted “Mullah’s regime, we don’t want it; Iranians rather die than accept humiliation; No to Gaza, no to Lebanon, I sacrifice my life only for Iran; Basiji, have some shame, leave the country alone” among other chants against the regime.

In response to the attack by the security forces, the protesters chanted “don’t be afraid, we’re all in this together”.

According to the local sources, despite the attack by the security forces and the police, the protesters continue to stay in the street.

City officials in Iran's capital Tehran are planning to put locks on large waste containers in the streets to prevent garbage pickers from accessing waste. END_OF_DOCUMENT_TOKEN_TO_BE_REPLACED

The Biden Administration has confirmed to the US Congress that sanction imposed by its predecessor on Iran have drastically reduced Iran's trade with the world. END_OF_DOCUMENT_TOKEN_TO_BE_REPLACED

The UK government said on Sept 20 that Britain would "not rest" until all its dual nationals being held in Iran were returned home. END_OF_DOCUMENT_TOKEN_TO_BE_REPLACED