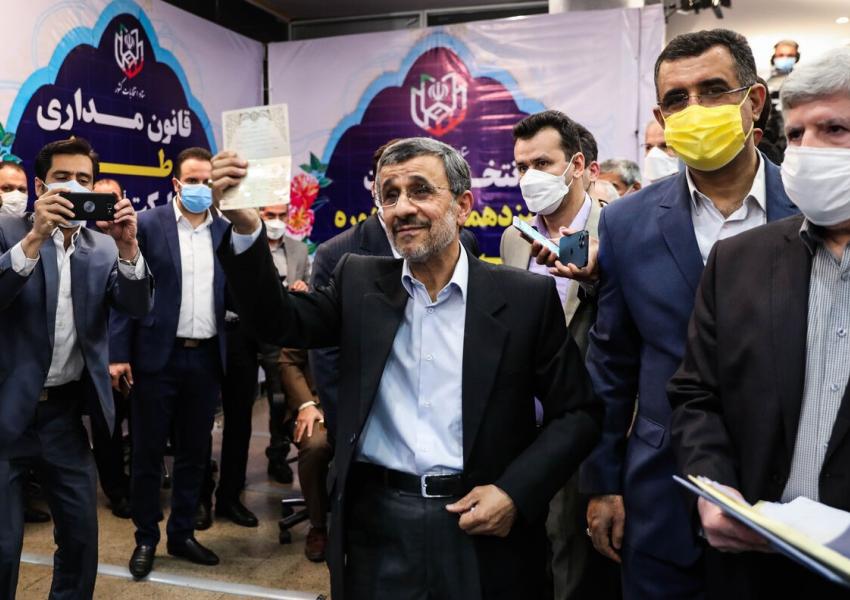 Iran’s former president Mahmoud Ahmadinejad has announced he will not vote in the June 18 presidential election and will not endorse any candidate after his bid to run was blocked by election watchdog, the Guardian Council. Ahmadinejad had previously stated this intention several times before the list of approved candidates was announced Tuesday.

In a video released Wednesday, Ahmadinejad said he had registered his candidacy in response to overwhelming popular demand. Ahmadinejad said that the council’s choice of seven candidates was completely one-sided and claimed people had contacted him from all over Iran expressing their disappointment.

Ahmadinejad asked why he was disqualified, when twice he had been approved to run, in 2005 and 2009, two elections he had won. “Did I not perform well or did I fail in discharging my duties?”, he asked. He was not cleared to stand in 2017.

He called his rejection “an insult to the people and a violation of the constitution and I will not let it go.” He demanded that “authorities” should appear on a live television program and explain why he had been rejected.

This is the first time that a such well-known political figure and former president has declared he would boycott a presidential election. While Ahmadinejad’s supporters have turned up with some energy at recent events, he has said he would not call for protests if excluded from the poll.

The Guardian Council, an appointed body, is tasked by the constitution to vet candidates and approve them based on their loyalty to the Islamic Republic and other criteria. But it makes decisions in secret, which can lead to controversy. This week the council rejected two other prominent would-be candidates, former parliament speaker Ali Larijani and vice-President Es’haq Jahangiri, leading to new doubts as to the likely turn-out in the election.

In the absence of Larijani, Jahangiri and Ahmadinejad, Chief Justice Ebrahim Raeesi (Raisi) is seen by many analysts as the clear front-runner. An opinion poll commissioned by Iran International in early May showed Ahmadinejad running neck-and-neck with Raeesi in what the poll suggested would be a low-turnout election.

There has been widespread criticism of the list of seven candidates announced by the Guardian Council. President Hassan Rouhani said Wednesday he had written to Supreme Leader Ali Khamenei asking him to intervene. So far, there has been no public reaction by Khamenei. Among figures lambasting the decision has been Hassan Khomeini, the grandson of Ruhollah Khomeini, the founder of the Islamic Republic.

City officials in Iran's capital Tehran are planning to put locks on large waste containers in the streets to prevent garbage pickers from accessing waste. END_OF_DOCUMENT_TOKEN_TO_BE_REPLACED

The Biden Administration has confirmed to the US Congress that sanction imposed by its predecessor on Iran have drastically reduced Iran's trade with the world. END_OF_DOCUMENT_TOKEN_TO_BE_REPLACED

The UK government said on Sept 20 that Britain would "not rest" until all its dual nationals being held in Iran were returned home. END_OF_DOCUMENT_TOKEN_TO_BE_REPLACED