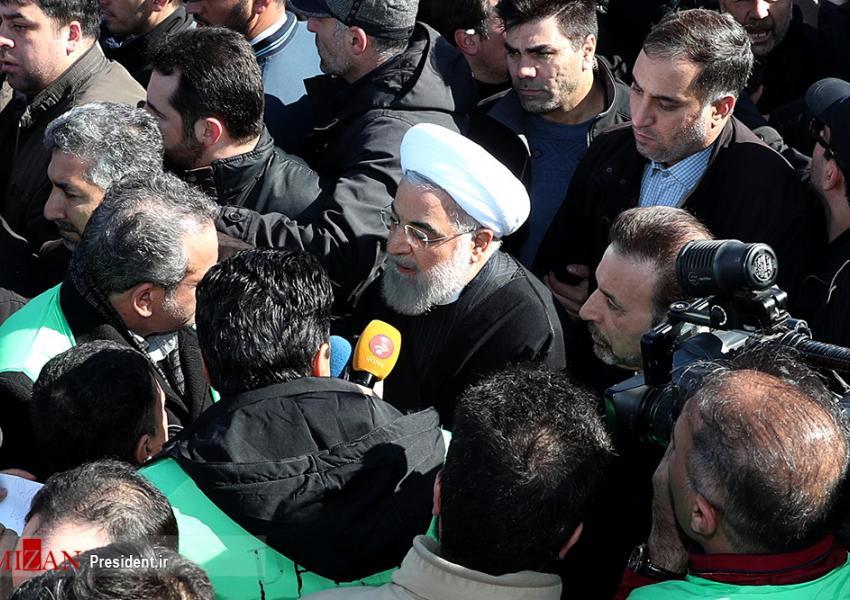 Rouhani: If the previous regime had allowed elections, there wouldn’t be a revolution

The president of the Islamic Republic of Iran, Hassan Rouhani said: “If the previous regime had agreed to a fair and free national election, there wouldn’t be a revolution.”

On Tuesday, February 11, on the anniversary of the Islamist Revolution of Iran in 1979, Rouhani claimed in the rally in Tehran that Iran after the revolution is a society that “has freedom, continuous elections, and it is the people who make the final decision.”

He once again asked the people not to turn away from the ballot box and said: “The Islamic Republic regime must be renewed through your presence (at the ballot box).”

In another part of his speech, Rouhani emphasized: “Let’s not allow some people to talk about this side or the other side. This (dichotomy) is wrong in many cases; resistance or diplomacy; one or the other is wrong. We can have both resistance and diplomacy.”

Rouhani’s comments come at a time when many political activists and even the reformists inside the regime have warned about the disqualification of candidates by the Guardian Council, and many dissident groups have called for the boycott of the parliamentary elections.

City officials in Iran's capital Tehran are planning to put locks on large waste containers in the streets to prevent garbage pickers from accessing waste. END_OF_DOCUMENT_TOKEN_TO_BE_REPLACED

The Biden Administration has confirmed to the US Congress that sanction imposed by its predecessor on Iran have drastically reduced Iran's trade with the world. END_OF_DOCUMENT_TOKEN_TO_BE_REPLACED

The UK government said on Sept 20 that Britain would "not rest" until all its dual nationals being held in Iran were returned home. END_OF_DOCUMENT_TOKEN_TO_BE_REPLACED