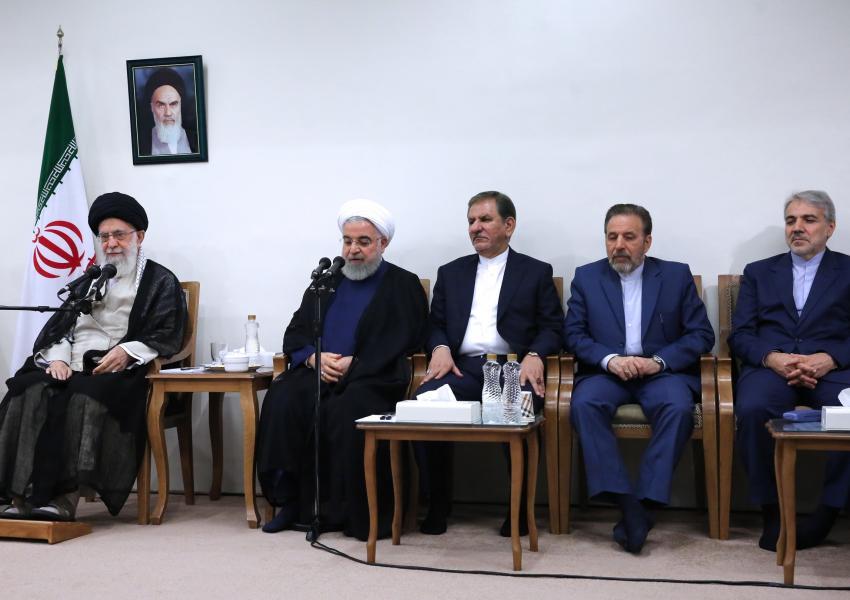 Rouhani: Sanctions on Our Oil Lead to Unsafe International Waterways

In a meeting with the leader of the Islamic Republic, President Rouhani criticized US sanctions and warned: “The world powers know that if Iranian oil is fully sanctioned and our oil export drops to zero, international waterways will not be able to maintain their security.”

During the meeting on Wednesday, August 21 between the cabinet and the supreme leader, Ali Khamenei, President Rouhani claimed that the international sanctions against Iran have not been successful, saying: “Unilateral pressure on Iran cannot be beneficial to them and it will not guarantee their safety in the region and the world.”

Yesterday, Brian Hook, the US Special Representative on Iran announced the participation of 30 countries in the US-led coalition for maritime security in the Persian Gulf.

Regarding the Islamic Republic’s compliance with the nuclear deal known as the Joint Comprehensive Plan of Action (JCPOA), Rouhani stated: “We chose the correct path in reducing our compliance. Our patience has a limit and we cannot accept their lack of commitment.”

The president of Iran emphasized that if the Islamic Republic’s negotiations with the remaining parties in the JCPOA is successful, it could change the situation for the better.

“Despite all the efforts by America to prevent our import and export of goods, we have been able to create balance and stability in the market,” Rouhani claimed.

City officials in Iran's capital Tehran are planning to put locks on large waste containers in the streets to prevent garbage pickers from accessing waste. END_OF_DOCUMENT_TOKEN_TO_BE_REPLACED

The Biden Administration has confirmed to the US Congress that sanction imposed by its predecessor on Iran have drastically reduced Iran's trade with the world. END_OF_DOCUMENT_TOKEN_TO_BE_REPLACED

The UK government said on Sept 20 that Britain would "not rest" until all its dual nationals being held in Iran were returned home. END_OF_DOCUMENT_TOKEN_TO_BE_REPLACED