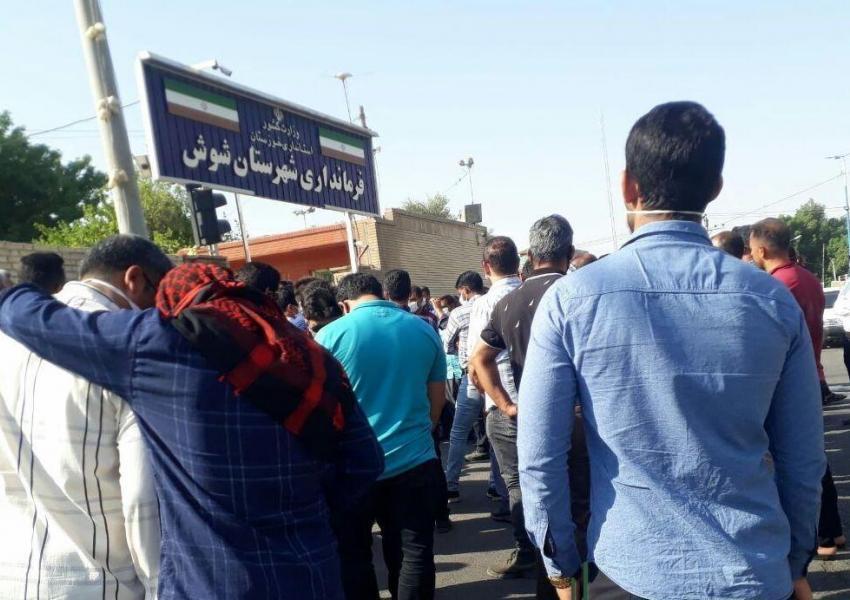 On the 30th day of the workers’ strike at Haft-Tappeh Sugarcane Company, security forces attacked the workers’ gathering and arrested four of them.

The attorney of the Haft-Tappeh workers announced that the workers were arrested by the security and intelligence police of Shush city and have been transferred to Dezful prison.

Attorney Farzaneh Zilabi demanded the judiciary to take action in response to the illegal procedures of the workers’ cases.

According to the reports, the security forces responded to the representatives of the workers with insults, threats, and violence.

The workers of Haft-Tappeh Sugarcane Company have been on strike for the last 30 days. They have demanded their unpaid paychecks of several months, rehiring of their fired colleagues, the release of the arrested workers, and arrest of Haft-Tappeh company CEO among other things.

The CEO of the company, Omid Asadbeigi, has been charged with financial corruption. The Ministry of Employment has promised that the wages of the first three months of this year will be wired to the workers’ accounts next month.

City officials in Iran's capital Tehran are planning to put locks on large waste containers in the streets to prevent garbage pickers from accessing waste. END_OF_DOCUMENT_TOKEN_TO_BE_REPLACED

The Biden Administration has confirmed to the US Congress that sanction imposed by its predecessor on Iran have drastically reduced Iran's trade with the world. END_OF_DOCUMENT_TOKEN_TO_BE_REPLACED

The UK government said on Sept 20 that Britain would "not rest" until all its dual nationals being held in Iran were returned home. END_OF_DOCUMENT_TOKEN_TO_BE_REPLACED