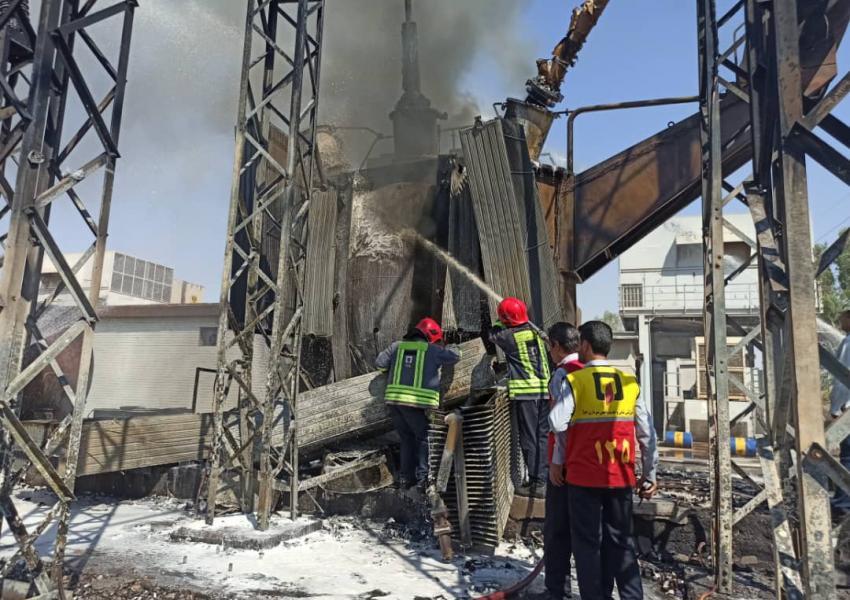 Two days after the fire in Natanz nuclear site, the chief of the fire department of Ahvaz city in the southwest of Iran reported that there was a fire in Zargan nuclear plant due to the “distribution transformer explosion”.

According to Ghanbari, the nuclear plant caught fire at 3:15 am on Saturday. He added that the fire has been extinguished and the firefighters are cooling down the area. He claimed that an increase in temperature caused the transformer to explode.

Zargan nuclear plant is 5km away from Ahvaz in an area of 45 hectares and it has two steam sections with a 145-megawatt capacity.

At the same time, the Mahshahr Petrochemical Zone also announced that there has been a chlorine leak in the Karun Petrochemical plant.

The CEO of Karun Petrochemical announced that the chlorine leak has been fixed and reported that a few personnel suffered minor poisoning, but no one was seriously hurt.

In the past few weeks, there have been several fires in different industrial, nuclear, and urban areas in Iran.

Last Friday, the main electricity distribution post in Shiraz city caught on fire which led to a blackout for vast areas in the city. At the same time, there was a massive explosion at the Parchin nuclear/military-industrial zone.

On June 4th, there was a fire in Rajai port, which the Israeli media called it retribution for Iran’s attempted sabotage of Israel’s water facilities.

On June 3rd, there was another fire in the Tabriz power plant which shut down the operation in both units of the plant. They resumed operation two days later.

In the most recent event, a fire was reported in Natanz nuclear site in Isfahan province.

City officials in Iran's capital Tehran are planning to put locks on large waste containers in the streets to prevent garbage pickers from accessing waste. END_OF_DOCUMENT_TOKEN_TO_BE_REPLACED

The Biden Administration has confirmed to the US Congress that sanction imposed by its predecessor on Iran have drastically reduced Iran's trade with the world. END_OF_DOCUMENT_TOKEN_TO_BE_REPLACED

The UK government said on Sept 20 that Britain would "not rest" until all its dual nationals being held in Iran were returned home. END_OF_DOCUMENT_TOKEN_TO_BE_REPLACED