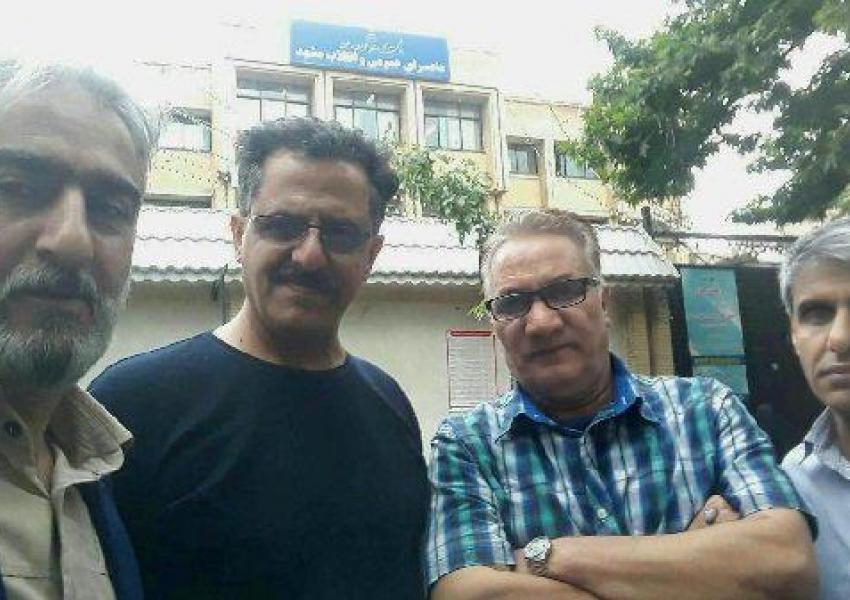 Several signatories of letter to Khamenei were arrested in Mashhad

Security forces in Mashhad arrested several political activists who recently wrote a letter to the leader of Iran, Ali Khamenei, calling for his resignation.

According to the reports on social media, on Sunday the signatories had gathered in front of Mashhad courthouse in protest to the arrest of university professor Kamal Jafari when the security forces arrived and arrested them.

Reza Mehregan, one of the signatories of the letter to Khamenei tweeted: “Mohammad Nourizad, Javad Laal Mohammadi, Mohammad Hossein Sepehri, Hourieh Farajzadeh, Abdolrasoul Mortazavi, Pouran Nazemi, and Hashem Khastar are among those arrested.

Professor Jafari was sentenced to 13 years in prison for “efforts to overthrow the regime, insulting the leader, propaganda against the regime” in March.

The arrested individuals have been transferred to an undisclosed location.

The chief of security and police of Khorasan Razavi province has confirmed the news, calling those who had gathered “anti-revolutionary elements”.

In June of 2019, 14 civil rights activists published an open letter calling for the resignation of the leader of the Islamic Republic and changing the constitution of the country. They blamed “systemic tyranny and irresponsibility” as the cause of all the problems for the country.

After the letter was published, the security forces put pressure on the signatories and several of them were summoned to court.

Two months later, 14 female activists also published a letter calling for “complete transition from the Islamic Republic, and the resignation of Khamenei”.

City officials in Iran's capital Tehran are planning to put locks on large waste containers in the streets to prevent garbage pickers from accessing waste. END_OF_DOCUMENT_TOKEN_TO_BE_REPLACED

The Biden Administration has confirmed to the US Congress that sanction imposed by its predecessor on Iran have drastically reduced Iran's trade with the world. END_OF_DOCUMENT_TOKEN_TO_BE_REPLACED

The UK government said on Sept 20 that Britain would "not rest" until all its dual nationals being held in Iran were returned home. END_OF_DOCUMENT_TOKEN_TO_BE_REPLACED