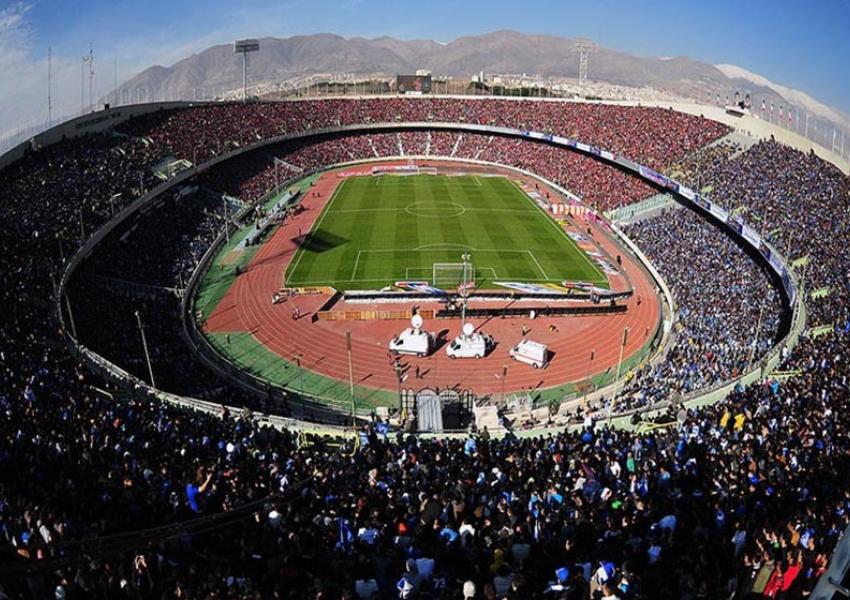 Six women arrested in Iran for trying to enter stadiums

While the president of Iran’s Football Federation had assured FIFA that women are allowed to enter stadiums for the 2022 World Cup qualification games, several women have been arrested for attempting to enter Iranian stadiums.

Six women, including Zahra Khoshnavaz, Laily Maleki, Hadieh Mavasti, and Forough Alaei, have been arrested by the IRGC intelligence and sent to Gharchak Prison in Varamin.

A person close to one of the arrested women says their bail has been set for 500 million tomans each that must be paid by Saturday.

Previously, FIFA had told Iran International that the president of Iran’s Football Federation has assured FIFA in a letter that women will be allowed to enter stadiums in Iran for the 2022 World Cup qualification matches.

In its email to Iran International, FIFA wrote that Mehdi Taj had emphasized that women’s entrance to the stadium has been approved and the minister of sports is now in charge of making preparations for their presence for the World Cup qualification games. FIFA also stated that it appreciates Iranian federation’s efforts and is closely following their progress.

There is no explicit law in Iran that forbids women’s presence in stadiums, but the regime does not allow it. A few times in the past when the issue was brought up, some Ayatollahs in Qom, most prominently Naser Makarem Shirazi, expressed their opposition, claiming the atmosphere of stadiums in Iran is not appropriate for women.

Women’s entrance to the stadiums was one of President Rouhani’s election promises.

City officials in Iran's capital Tehran are planning to put locks on large waste containers in the streets to prevent garbage pickers from accessing waste. END_OF_DOCUMENT_TOKEN_TO_BE_REPLACED

The Biden Administration has confirmed to the US Congress that sanction imposed by its predecessor on Iran have drastically reduced Iran's trade with the world. END_OF_DOCUMENT_TOKEN_TO_BE_REPLACED

The UK government said on Sept 20 that Britain would "not rest" until all its dual nationals being held in Iran were returned home. END_OF_DOCUMENT_TOKEN_TO_BE_REPLACED