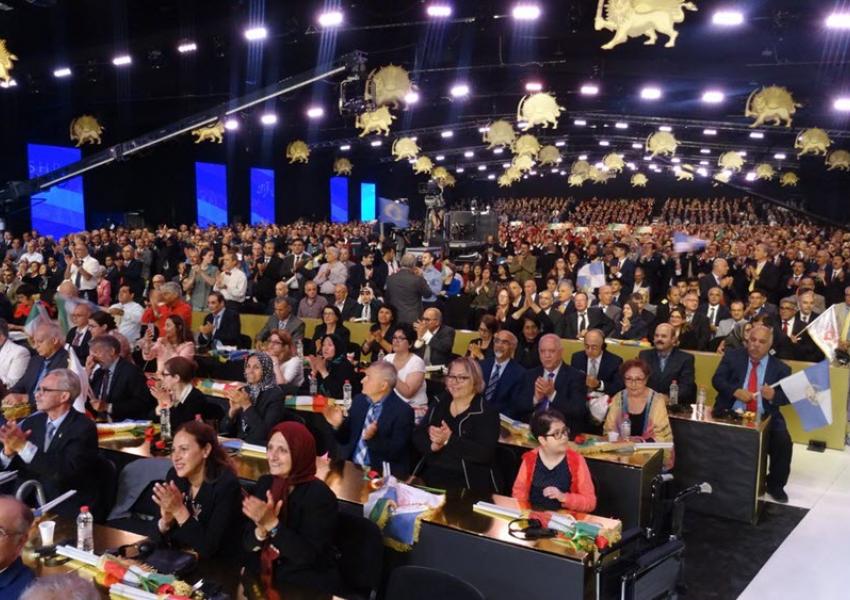 According to Islamic Republic’s semi-official Mehr News Agency, a number of family members of alleged victims of terror in Iran have written a letter to the judiciary threatening legal action against Iran International for broadcasting the MKO’s assembly.

The signatories claim to be “part of the large family of 17000 victims of terrorism in Iran whose fathers or children have been killed by MKO.”

Mojahedin Khalgh Organization (MKO) is an Iranian dissident group that was on the terror list in the US and some other countries for assassinating Islamic Republic officials. MKO also bombed the assembly of the Islamic Republic Party in 1981 which killed dozens of party members including the former president and prime minister of Iran.

MKO was removed from the terror list years ago.

Iran International is committed to cover all Iranian political groups and factions. In the past three years, since Iran International started its work, the MKO annual assembly has been covered each year and each time it has received backlash from the Islamic Republic.

City officials in Iran's capital Tehran are planning to put locks on large waste containers in the streets to prevent garbage pickers from accessing waste. END_OF_DOCUMENT_TOKEN_TO_BE_REPLACED

The Biden Administration has confirmed to the US Congress that sanction imposed by its predecessor on Iran have drastically reduced Iran's trade with the world. END_OF_DOCUMENT_TOKEN_TO_BE_REPLACED

The UK government said on Sept 20 that Britain would "not rest" until all its dual nationals being held in Iran were returned home. END_OF_DOCUMENT_TOKEN_TO_BE_REPLACED