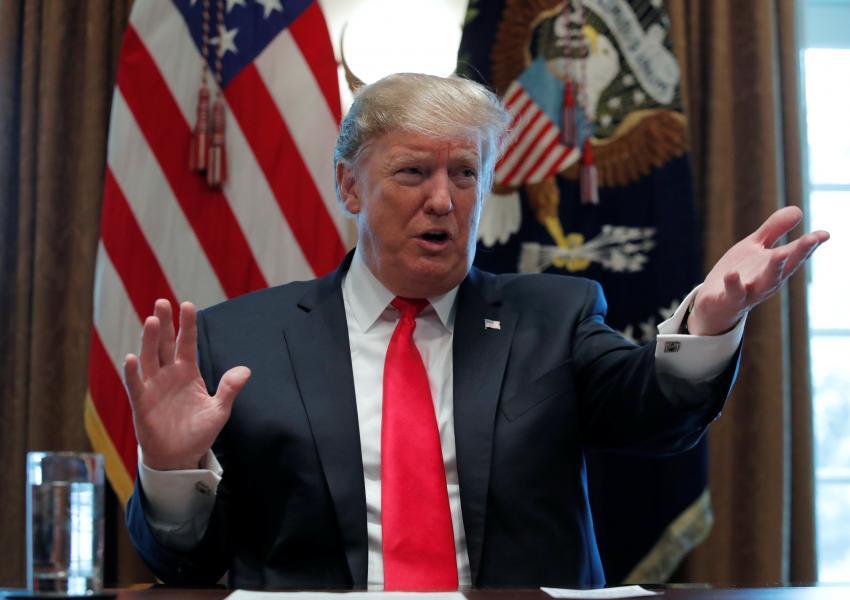 The Islamic Republic claimed on Monday that it has arrested 17 spies working for the CIA and has sentenced some of them to death. But President Trump calls them liars.

In a tweet, on Monday President Trump said that Iran’s claim is totally false. In addition, President Trump stated that the report is just “more lies and propaganda” coming from “a Religious Regime that is Badly Failing and has no idea what to do. Their Economy is dead and will get much worse. Iran is a total mess!”

The Islamic Republic Intelligence Ministry announced on Monday that “17 American spies” have been arrested for “spying on sensitive areas.”

The head of Iranian counterespionage had announced in a press conference on Monday that his organization has identified and arrested “17 individuals trained by the U.S Central Intelligence Agency” in Iran. He also announced that several of these individuals have received death sentences for “spreading corruption on earth.” The Intelligence Ministry has released some photos and videos of the alleged spies.

According to this official, these individuals were operating in sensitive areas including economy, nuclear, military, and cyberspace.

In an interview with Fox News, Mike Pompeo said that “The Iranian regime has a long history of such lies.”

Iran has claimed that “the allies of the Islamic Republic” are helping it with identifying American spies.

City officials in Iran's capital Tehran are planning to put locks on large waste containers in the streets to prevent garbage pickers from accessing waste. END_OF_DOCUMENT_TOKEN_TO_BE_REPLACED

The Biden Administration has confirmed to the US Congress that sanction imposed by its predecessor on Iran have drastically reduced Iran's trade with the world. END_OF_DOCUMENT_TOKEN_TO_BE_REPLACED

The UK government said on Sept 20 that Britain would "not rest" until all its dual nationals being held in Iran were returned home. END_OF_DOCUMENT_TOKEN_TO_BE_REPLACED