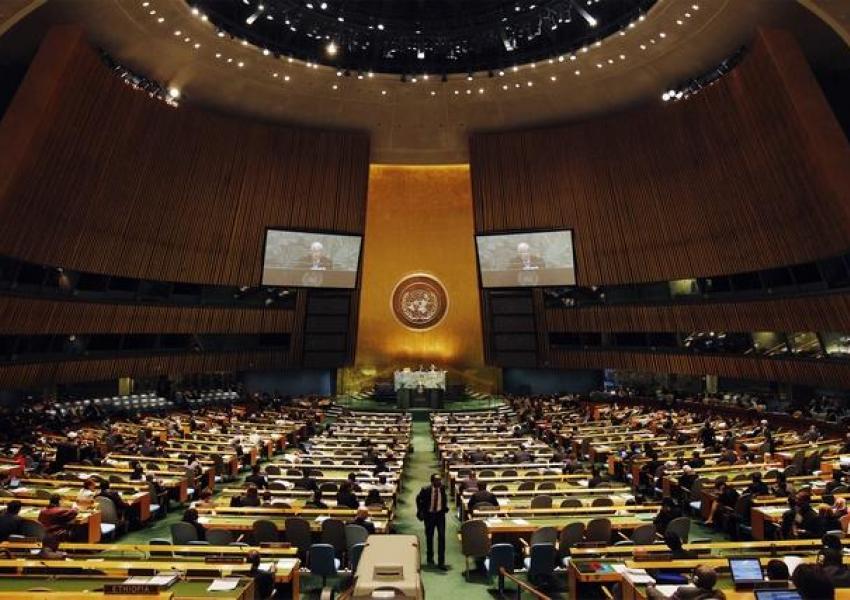 The Third Committee of the UN General Assembly passed a resolution November 18 condemning the “blatant violation of human rights” in Iran and urged the Islamic Republic to end persecution and discrimination against dissidents and minorities.

The resolution demands the Islamic Republic to release the people who have been imprisoned for defending human rights and their freedoms, especially those arrested during the November 2019 peaceful protests across Iran, and to overturn the heavy verdicts that they have received, including death sentence and long prison time.

The resolution was suggested by Canada and 30 other countries including the US, UK, Germany, and France, and it received 79 votes in favor, 32 against, with 64 abstentions.

Iran's foreign ministry dismissed the resolution in a statement by its spokesman Thursday, saying the accusations made in the document "had no legal basis". Iran has barred entry of UN human rights investigators for many years and international rights groups are also denied access to the country. 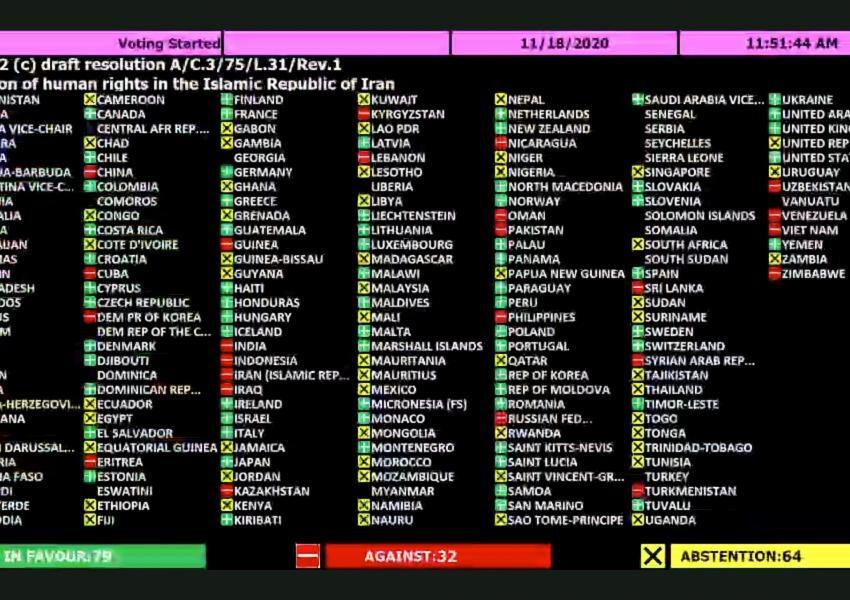 The UN resolution mentions cases of human rights violation including coerced and under-torture confessions, such as the case of Navid Afkari, and the suspicious deaths of prisoners, and asked the Islamic Republic to adopt a transparent method to respond to such cases.

The UN resolution asks the Islamic Republic to fix the terrible condition of prisons and end its “purposeful refusal” of medical service and clean drinking water, and improve the sanitary conditions in detention centers.

The resolution also asked the Islamic Republic to end the house arrest of the leaders of the Green Movement and the pressure on their families. The UN body also urged Iran to abolish all discriminations against women in political, cultural, economic, and sports fields.

It also obligated the regime of Iran to abolish all forms of discrimination and human rights violations against religious, ethnic, lingual, and other minorities and guarantee their equal rights in society.

In another part, the resolution asks the Islamic Republic to end its persecution of human rights activists, peaceful protesters and their families, journalists and members of media who covered the protests, ad those who have cooperated with the human rights apparatus of the UN.

City officials in Iran's capital Tehran are planning to put locks on large waste containers in the streets to prevent garbage pickers from accessing waste. END_OF_DOCUMENT_TOKEN_TO_BE_REPLACED

The Biden Administration has confirmed to the US Congress that sanction imposed by its predecessor on Iran have drastically reduced Iran's trade with the world. END_OF_DOCUMENT_TOKEN_TO_BE_REPLACED

The UK government said on Sept 20 that Britain would "not rest" until all its dual nationals being held in Iran were returned home. END_OF_DOCUMENT_TOKEN_TO_BE_REPLACED