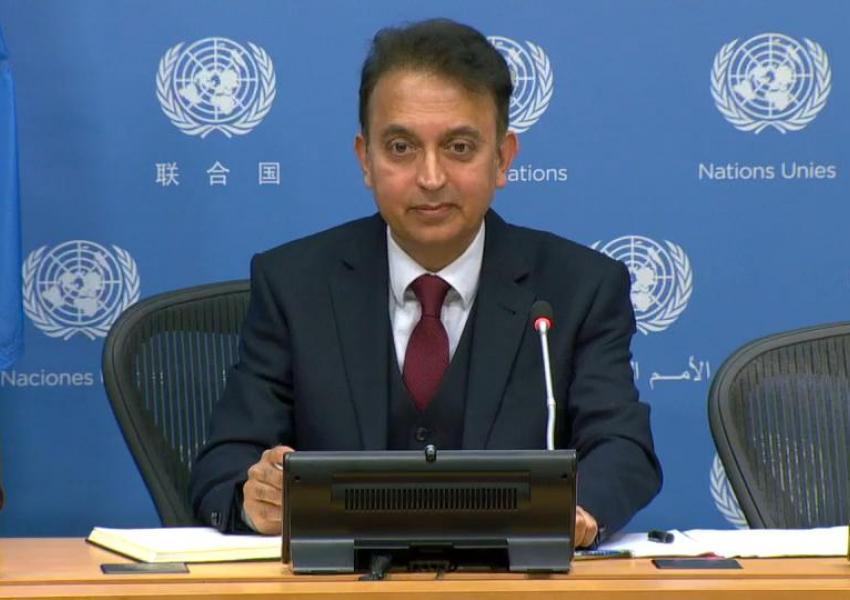 In his most recent report, UN Special Rapporteur on Human Rights in Iran Javaid Rehman has drawn attention to persistent legal restrictions on women in Iran and the Islamic Republic’s attitude toward the health condition of prisoners and workers’ rights.

The report has been prepared to be presented to the UN General Assembly this month.

The UN Special rapporteur states that the prisons in Iran are holding 2.5 times more inmates than their capacity, with lack of sanitary measures and social distancing. He has also criticized the lack of medical facilities and equipment in prisons.

As an example, the report mentions that in Borazjan, Vakil Abad, and Zanjan prisons, those prisoners who are recovering from COVID-19 or have COVID-19 symptoms are kept with the general population, and there are very limited testing and treatments available for prisoners. He urges the Islamic Republic to reduce the number of prisoners and provide them with immediate access to treatment.

In another part of the report, Rehman mentions the legal discriminations against women and the restrictions based on Sharia and Islamic tradition. The report mentions the violation of women’s rights in family law, issue of marriage, the permission of husband for travel and the right to divorce. The UN rapporteur calls them violations of the International Civil Rights Convention. Rehman urges the Islamic Republic to end all legal discrimination against women, closing the gender gap, child marriages, and gender inequality in the Islamic Republic laws.

He also points out the legal age of 13 for marrying children and criticizes child marriage in Iran.

In another part of the report, Javaid Rehman mentions the rights of workers, and the workers’ right to form unions, especially during the difficult economic time caused by the pandemic.

Rehman says the restrictions of labor unions has limited their bargaining power and labor rights activists are regularly arrested and imprisoned with heavy sentences. The report also mentions that these activists have been denied medical treatment and sanitary facilities in prison during the coronavirus crisis.

Rehman also addresses other aspects of civil, political, social, individual, and group rights of Iranians and criticizes the restrictions on religious, ethnic, and gender minorities.

City officials in Iran's capital Tehran are planning to put locks on large waste containers in the streets to prevent garbage pickers from accessing waste. END_OF_DOCUMENT_TOKEN_TO_BE_REPLACED

The Biden Administration has confirmed to the US Congress that sanction imposed by its predecessor on Iran have drastically reduced Iran's trade with the world. END_OF_DOCUMENT_TOKEN_TO_BE_REPLACED

The UK government said on Sept 20 that Britain would "not rest" until all its dual nationals being held in Iran were returned home. END_OF_DOCUMENT_TOKEN_TO_BE_REPLACED