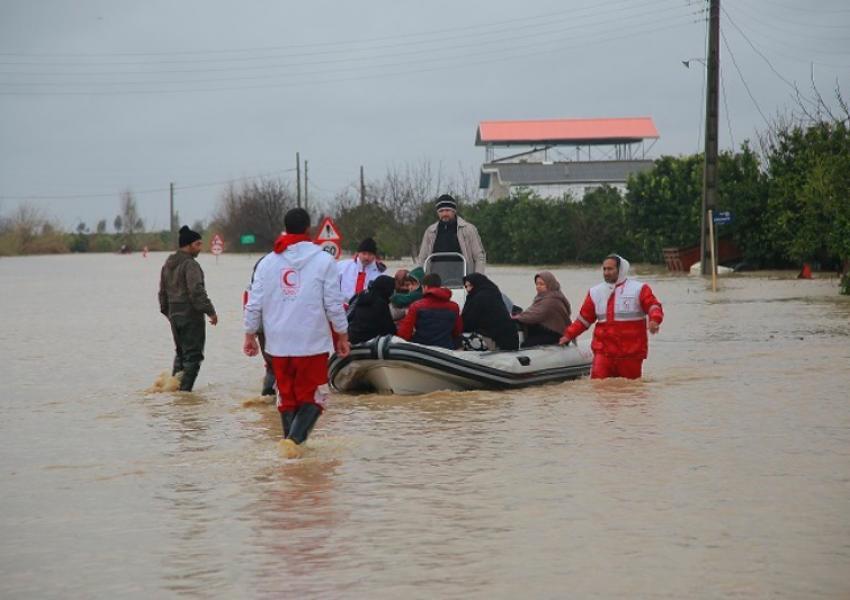 Unprecedented Flood in North of Iran

A massive flood in Mazandaran province caused 2.5 billion tomans in damages to the agriculture sector.

According to the head of agriculture office in Fereydunkenar city, the damage was mainly to the silos, seed treasuries, and farms.

In the past two days, heavy rain caused floods in eastern cities of Mazandaran province including Savadkuh, Sari, Simorgh, Miandorud, Neka, Behshahr, and Galugah. Some people had to use boats in the streets and some villages were evacuated.

According to the Mazandaran weather bureau, such heavy raindrop in winter is unprecedented in the past 30 years.

The head of Mazandaran’s Red Crescent announced that 13 cities have been hit with the flood and 1591 people have been displaced by it.

According to ISNA, three villages have been completely evacuated and in Firuzkuh road one man was killed due to falling trees and rocks.

In some areas drinking water has been cut off and roads are also blocked.

The head of Shomal Railroad announced that due to falling rocks and flood all railroad travels have been stopped in Mazandaran. Also, all the flights at Sari airport have been canceled due to the difficulty of getting to the airport.

The floods have also impacted Golestan province. The flights in Gorgan Airport and all the train travels have also been canceled in that province.

City officials in Iran's capital Tehran are planning to put locks on large waste containers in the streets to prevent garbage pickers from accessing waste. END_OF_DOCUMENT_TOKEN_TO_BE_REPLACED

The Biden Administration has confirmed to the US Congress that sanction imposed by its predecessor on Iran have drastically reduced Iran's trade with the world. END_OF_DOCUMENT_TOKEN_TO_BE_REPLACED

The UK government said on Sept 20 that Britain would "not rest" until all its dual nationals being held in Iran were returned home. END_OF_DOCUMENT_TOKEN_TO_BE_REPLACED