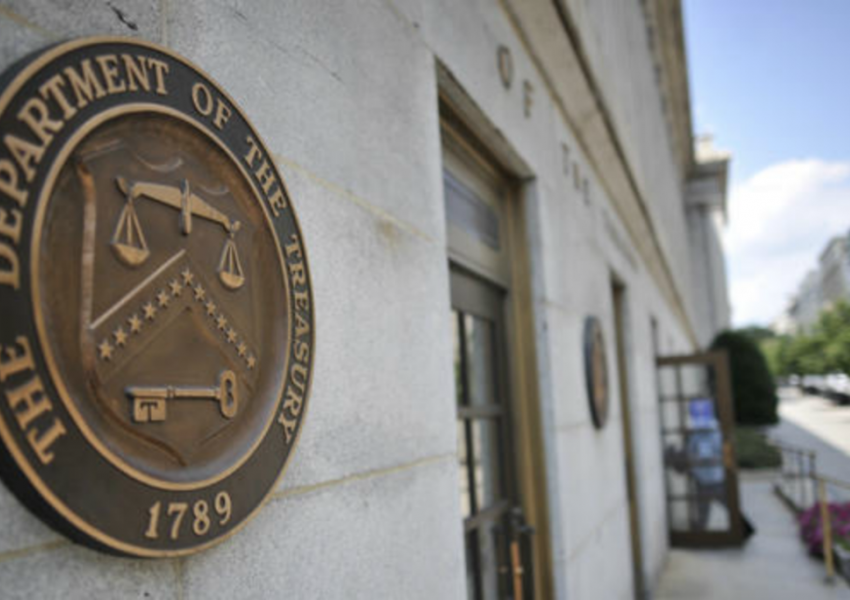 US Sanctions Khamenei's Foundation And Iran's Minister Of Intelligence

In a statement released on Wednesday, the US Department of Treasury’s Office of Foreign Assets Control (OFAC) explained: “While Bonyad Mostazafan is ostensibly a charitable organization charged with providing benefits to the poor and oppressed, its holdings are expropriated from the Iranian people and are used by the Supreme Leader Ali Khamenei to enrich his office, reward his political allies, and persecute the regime’s enemies.”

President Donald Trump's administration has vowed to intensify its 'maximum pressure' on Iran until January. Since the elections in the US, numerous new sanctions have been announced. The winner of the presidential race, Joe Biden has vowed to return to the 2015 nuclear deal with Iran, which could mean lifting of US sanctions.

“Iran’s Supreme Leader uses Bonyad Mostazafan to reward his allies under the pretense of charity, the United States will continue to target key officials and revenue-generating sources that enable the regime’s ongoing repression of its own people,” said the US Treasury Secretary Steven Mnuchin.

The Treasury Department also sanctioned Iran’s Intelligence Minister Mahmoud Alavi for human rights violations, stating that Iran’s Ministry of Intelligence and Security has played a central role in the regime’s human rights abuses against Iranian citizens, including during the November 2019 protests.

The Islamic Revolution Mostazafan Foundation, also known as Bonyad Mostazafan or the Foundation (Bonyad), is presided over by former Islamic Revolutionary Guard Corps (IRGC) official Parviz Fattah, and it has over 50 subsidiaries in key economic sectors, which collectively account for a substantial portion of its multi-billion dollar economic empire.

The foundation was created in the wake of the Islamic Revolution to confiscate and manage property, including that originally belonging to religious minorities such as Baha’is and Jews. Along with its director Parviz Fattah, a number of the foundation’s executives including Amir-Mansour Borghei, Javad Ghana’at, Khosro Mokhtari, and Mohammad-Ali Yazdan Joo, and 50 subsidiary companies of Bonyad were also sanctioned.

Despite its outsized influence in the Iranian economy, Bonyad Mostazafan operates outside of government oversight and, due to a 1993 decree by the Supreme Leader, is exempt from paying taxes on its multi-billion-dollar earnings.

OFAC has also sanctioned the Islamic Republic’s Minister of Intelligence and Security Mahmoud Alavi for playing “a key role in the Iranian regime’s brutal human rights abuses against the Iranian people.”

The statement goes on to mention examples of the widespread human rights violation by the Islamic Republic’s Ministry of Intelligence, including beatings, sexual abuse, prolonged interrogations, coerced confessions of prisoners (particularly political prisoners), employing mock executions and forms of sexual violence in its interrogations of prisoners, and arresting and detaining members of the Baha’i religion without charges.

The Department of State has also sanctioned IRGC Brigadier General Heidar Abbaszadeh and IRGC Colonel Reza Papi for their involvement in the killing of nearly 150 individuals in the city of Mahshahr as part of the Iranian regime’s crackdown on the November 2019 protests.

City officials in Iran's capital Tehran are planning to put locks on large waste containers in the streets to prevent garbage pickers from accessing waste. END_OF_DOCUMENT_TOKEN_TO_BE_REPLACED

The Biden Administration has confirmed to the US Congress that sanction imposed by its predecessor on Iran have drastically reduced Iran's trade with the world. END_OF_DOCUMENT_TOKEN_TO_BE_REPLACED

The UK government said on Sept 20 that Britain would "not rest" until all its dual nationals being held in Iran were returned home. END_OF_DOCUMENT_TOKEN_TO_BE_REPLACED