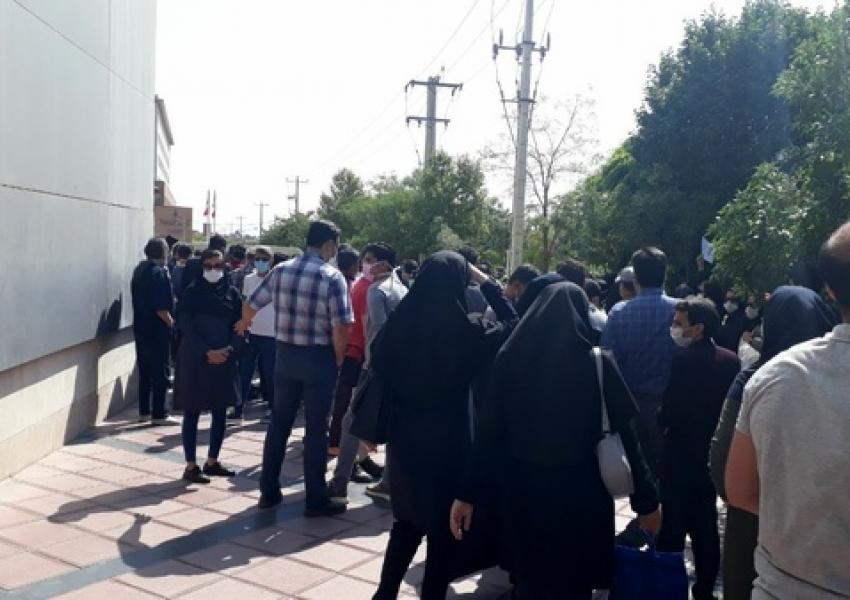 On the 17th day of their strike, the workers of Haft-Tappeh Sugarcane company gathered and picketed in front of the Shush Governor’s office.

At the same time, at least 10 nurses were arrested in front of the courthouse in Mashhad for protesting their living conditions. They were later released.

The workers of Haft-Tappeh Sugarcane Company have demanded the arrest and life in prison sentence for the CEO of the company, Omid Asadbeigi.

Asadbeigi was accused of embezzlement and smuggling massive amounts of currency by the Iranian official and his trial is ongoing. The workers have also demanded their delayed paychecks and extending the workers’ insurance.

The nurses in Mashhad had planned on a peaceful protest in front of the courthouse regarding their low income. Reports indicate that the security forces attacked the nurses and beat them with tasers and batons.

On Wednesday, the operators of high-voltage electricity posts in the provinces of Kermanshah, Kurdistan, and Ilam also gathered in front of the electricity company in Kermanshah. They demand to receive a fulltime contract.

The workers of Kayson company (water facilities) also gathered in front of Tehran’s Water Company once again in protest to 13 months of unpaid wages.

The workers say that aside from their paychecks, they have also been denied workers’ insurance.

City officials in Iran's capital Tehran are planning to put locks on large waste containers in the streets to prevent garbage pickers from accessing waste. END_OF_DOCUMENT_TOKEN_TO_BE_REPLACED

The Biden Administration has confirmed to the US Congress that sanction imposed by its predecessor on Iran have drastically reduced Iran's trade with the world. END_OF_DOCUMENT_TOKEN_TO_BE_REPLACED

The UK government said on Sept 20 that Britain would "not rest" until all its dual nationals being held in Iran were returned home. END_OF_DOCUMENT_TOKEN_TO_BE_REPLACED