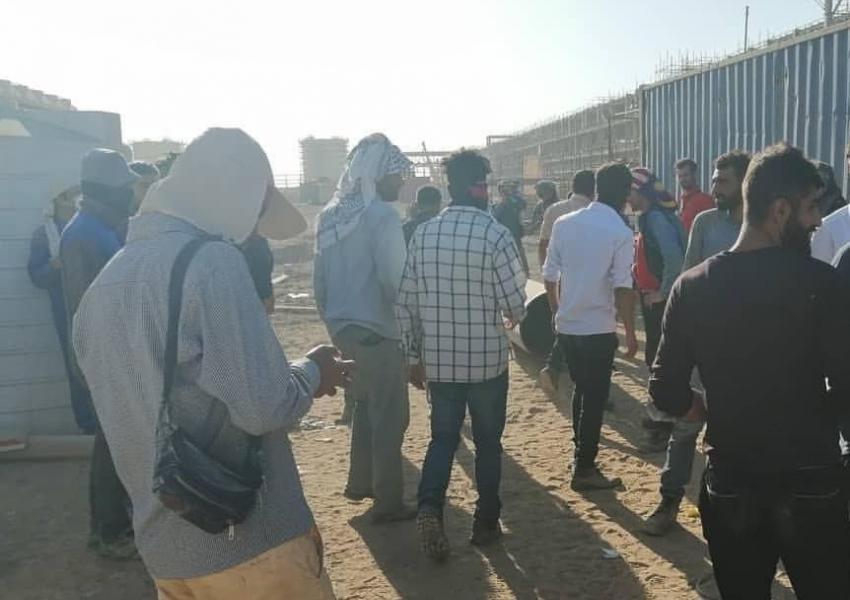 As the workers’ strikes continue in several cities of Iran, there are reports of worker protests in Southern Pars gas field, HEPCO auto-industries, Petro-refinery of Kangan, and Juffair refinery.

On the 50th day of the Haft-Tappeh Sugarcane industrial complex workers’ strike, the public bus drivers of Urmia city also went on strike.

Over 800 workers of Haft-Tappeh industrial complex have continued their strike demanding their delayed paychecks and rehiring of their fired coworkers, returning the embezzled money to the workers, reversing the privatization of the company, arrest of the CEO.

In the city of Arak, the strike of the workers of the HEPCO automobile factory has entered its third day.

The public bus drivers of Urmia city have also stopped working and gathered in front of the municipality in protest to their insurance problems.

According to ILNA, workers in phases 22 and 24 of the Southern Pars Gas Field have also gone on strike in protest to their low wages and delayed paychecks.

There are images of workers’ strike in Kangan Petro-Refinery in Bushehr province in the south of Iran. Workers of Juffair refinery have also gone on strike in protest to their low wages and working conditions.

City officials in Iran's capital Tehran are planning to put locks on large waste containers in the streets to prevent garbage pickers from accessing waste. END_OF_DOCUMENT_TOKEN_TO_BE_REPLACED

The Biden Administration has confirmed to the US Congress that sanction imposed by its predecessor on Iran have drastically reduced Iran's trade with the world. END_OF_DOCUMENT_TOKEN_TO_BE_REPLACED

The UK government said on Sept 20 that Britain would "not rest" until all its dual nationals being held in Iran were returned home. END_OF_DOCUMENT_TOKEN_TO_BE_REPLACED