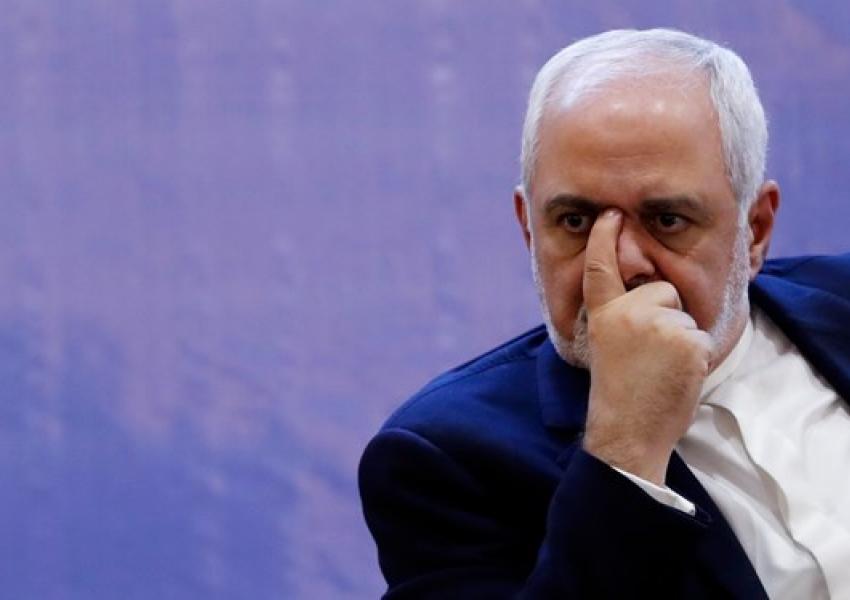 Zarif's Time Was Up Was Up After Trump’s Presidency

The last mission for Zarif, Iran’s foreign minister, in Munich and the cold reception he received on the last day of the security conference in Germany, showed that President Rouhani’s foreign minister has become the “fifth wheel” of the Islamic Republic’s diplomacy and international centers of power do not take him seriously anymore.

What happened on Monday, the Supreme leader’s and Rouhani’s meetings with Bashar Al-Asad, the Syrian president, without Zarif’s presence, hit the final blow to the diplomat’s patience. For four years and until Trump’s inaugural, Zarif was one of the well-known, news-making figures in international relations.

Khatami, the former president, described the government in the Islamic Republic system as powerless as opposed to other state institutions under the supreme leader’s direct authority. The same description could easily work for Zarif and his department.

The news about a number of resignations by high ranking officials at the foreign ministry simultaneous with Zarif’s indicates a collective sense of uselessness among them.

It is an accepted formula in today’s diplomacy that in order to succeed in your agenda, you must bring new people who can deliver. But Rouhani’s government suffers from an abysmal lack of competent men. On the other hand, Rouhani has been hopeful that, like in the past, he would find a way to sustain the Iran deal and would manage to sign another half-alive agreement with Europe.

There is no doubt that after Trump’s presidency in the US, as Rouhani admitted last week, the time for chit chats between John Kerry and Javad Zarif was over and a new era in the US-Iran bilateral relations started, which is based on “maximum pressure”, in Rouhani’s words.

Zarif only knew the art of PR diplomacy and had learned to smile for international reporters. He was up-to-date and could post bilingual tweets. He had mobilized academics and lobbyists in Washington and Brussels for his soft war. All in all, after Trump in power, the ground of the battle changed dramatically.

Rouhani came to power and appointed Zarif to reach a deal with the previous American administration. When Hilary Clinton did not win the election, Rouhani should have understood that JCPOA was over and relying on the EU and Mrs. Mogherini would be a waste of time.

He should have also understood that Trump’s appointees would not trust those who made deals with John Kerry. When they implied their willingness to negotiate they actually meant accepting talks after the surrender.

Despite all these changes, Rouhani and Zarif, who tied their destiny to the JCPOA’s, decided not to adapt and were unaware of the increasing domestic pressure on their government.

Zarif’s resignation is the start of a new time for Rouhani’s government. He will lean more toward the right-wing politics and this will increase the instability in his cabinet.

The opponents of the regime will see this resignation as an important step toward the collapse of the government and the demise of the Islamic Republic. The hard-line factions of the regime, though, will try to take this opportunity to win the upcoming parliamentary election. It is soon to say which one, if either, will be lucky.

City officials in Iran's capital Tehran are planning to put locks on large waste containers in the streets to prevent garbage pickers from accessing waste. END_OF_DOCUMENT_TOKEN_TO_BE_REPLACED

The Biden Administration has confirmed to the US Congress that sanction imposed by its predecessor on Iran have drastically reduced Iran's trade with the world. END_OF_DOCUMENT_TOKEN_TO_BE_REPLACED

The UK government said on Sept 20 that Britain would "not rest" until all its dual nationals being held in Iran were returned home. END_OF_DOCUMENT_TOKEN_TO_BE_REPLACED