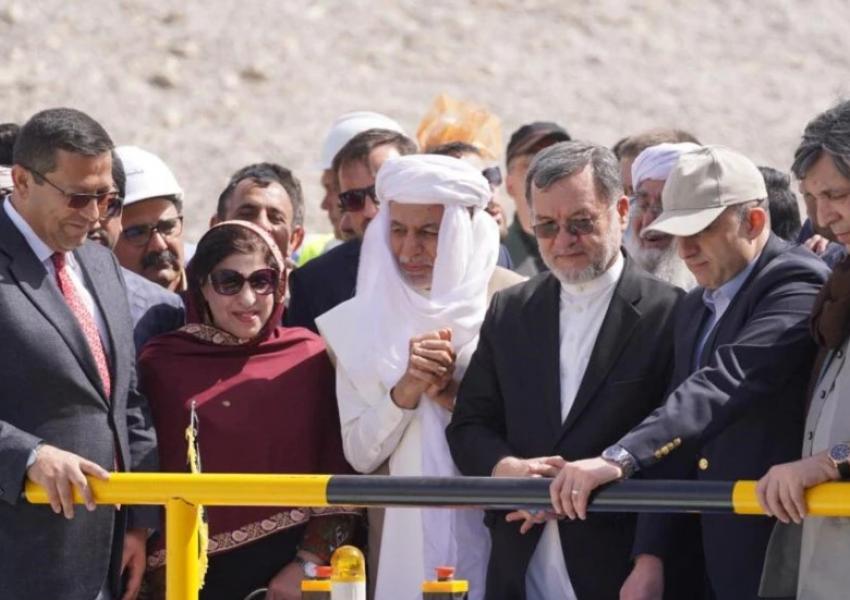 Afghan President Ashraf Ghani’s suggestion on Wednesday [March 24] that Iran should transfer oil to pay for ‘extra’ water from the Helmand River is the latest twist in a long saga. In a televised speech inaugurating the Kamal Khan Dam in Nimroz province, Ghani said that while Afghanistan remained committed to the Afghan-Iranian Water Treaty of March 1973 regulating use of the river, "anything beyond the stipulated quota" required further discussion.

"If you give us oil you can then ask for [more] water, or give us something in return," said the Afghan president. His remarks appear to refer to Article V of the 1973 treaty, which stipulated Iran in "a normal water year" was entitled to a flow of 22 cubic meters per second from the 1,150km-long river, which rises in the Hindu Kush before flowing west into Iran and feeding an area of wetlands in the Sistan region including Hamun Lake. Iran has not always received this amount – in 1999, for example, the Taliban turned off the flow completely.

The Iranian foreign ministry has reacted with reserve. Foreign Ministry Spokesman Saeed Khatibzadeh said on Wednesday [March 24] that Iran welcomed Ghani’s remarks "turning water into an issue for cooperation between the two countries." Khatibzadeh said that the Helmand River had a "defined legal regime" and that Afghanistan was "committed to [Iran's] water share rights."

Khatibzadeh suggested that ecological ramifications were "a separate issue which has long been a subject of negotiation with the Afghan government." He said Kabul was aware of the importance of allowing Hamun Lake enough water to prevent serious damage, including sandstorms, affecting people on both sides of the border.

Iran has always objected to the building of dams near the border despite Afghanistan's assurances that any dams – supposedly managing its depleting water resources and assisting agriculture − would not affect Iran's rights. While Afghanistan says it needs dams to store water for agriculture or to produce electricity, which it imports from neighboring countries including Iran, many environmentalists are critical of large-scale water engineering projects.

The Iranian government, and environmentalists, argue constructing the dam on Helmand River will deepen problems in Iran’s eastern provinces, particularly in Sistan-Baluchestan where water resources are scarce. Declining rainfall since late 1990s, which caused prolonged droughts in the Helmand basin, as well as water mismanagement both in Afghanistan and Iran, has had serious ecological, economic and social impact.

Wetlands in Sistan have largely turned into salt flats, the once rich wildlife has disappeared, and many local villages abandoned. In 2019, after nearly two decades of drought, water from Helmand reached the wetlands of Sistan and partially revived the Hamun-e Hirmand Lake (also known as Daryacheh-ye Hamun).

City officials in Iran's capital Tehran are planning to put locks on large waste containers in the streets to prevent garbage pickers from accessing waste. END_OF_DOCUMENT_TOKEN_TO_BE_REPLACED

The Biden Administration has confirmed to the US Congress that sanction imposed by its predecessor on Iran have drastically reduced Iran's trade with the world. END_OF_DOCUMENT_TOKEN_TO_BE_REPLACED

The UK government said on Sept 20 that Britain would "not rest" until all its dual nationals being held in Iran were returned home. END_OF_DOCUMENT_TOKEN_TO_BE_REPLACED