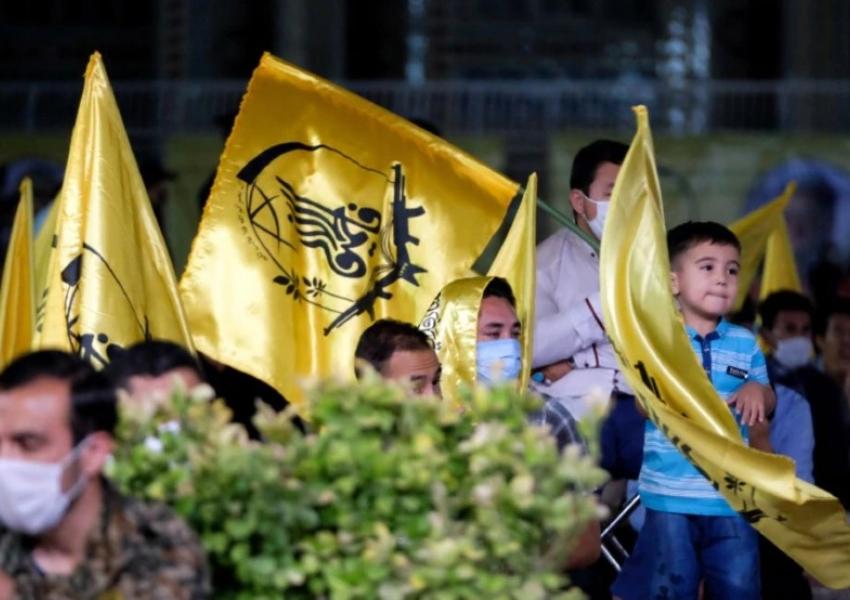 Afghanistan Condemns Iranian Claim That A Pro-Shiite Group Is Formed

Afghan government officials have accused the Islamic Republic of Iran of "conspiracy, sedition and war mongering" in Afghanistan on Monday.

The accusation followed the publication of an article in the Iranian conservative newspaper Jomhouri Eslami [Islamic Republic] that broke the news about the emergence of a new political group in Afghanistan called, oddly in Arabic, Hashd al-Shi'i [Shiite Mobilization]. The group's name is similar to the pro-Iran militia group in Iraq named Hashd al-Sha'bi [Popular Mobilization].

Iran's fundamentalist officials have a fixation on the word mobilization [Basij in Persian] which characterizes the IRGC linked Iranian militia called the Basij, often used to suppress protesters.

The Jomhouri Eslami which was funded by Ali Khamenei in 1979 following the victory of the Islamic revolution in Iran, has published several articles warning Iranian officials against the re-emergence of the Taliban in Afghanistan during the past weeks.

The daily wrote Monday that "Hashd al-Shi'i has risen to confront the Taliban terrorists," adding that the Taliban have escalated attacks on various cities and have brought at least another 50 Afghan towns under their control during the past weeks." 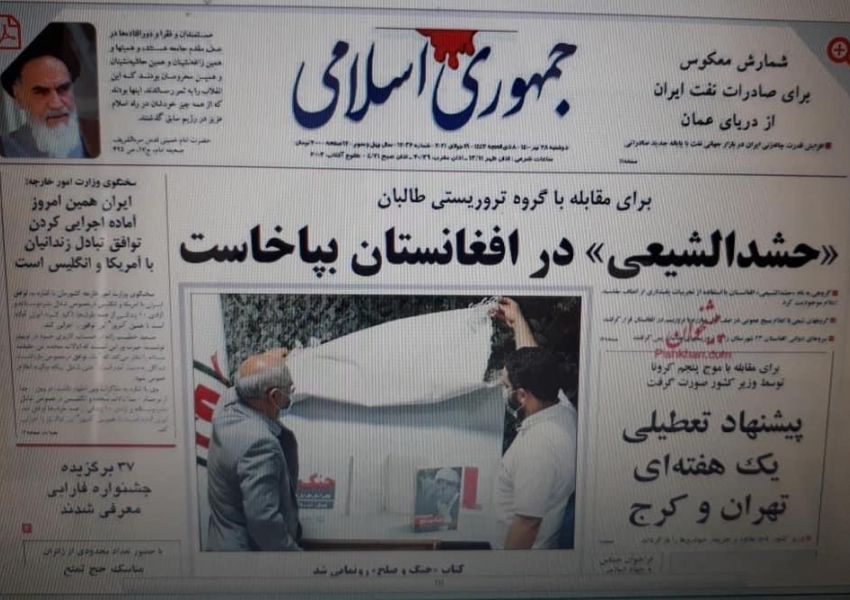 The Iranian paper has quoted the militia group's commander Saeed Hassan al-Heydari as having said in his first public speech: "I will command popular groups to fight alongside government forces to defend our homeland in the same way I defended the sanctuary of my great grandfather Imam Ali [the first of the Shiites' 12 Imams]."

Qasem Vafaizadah, the head of the Afghan Ministry of Information and Culture says, "With this kind of conspiracy, Iran is making the war in Afghanistan more complicated by provoking the people and creating security threats, but this fire will also burn Iran." Vafaizadah stressed that "There is no room in Afghanistan for such mercenary groups who act as foreigners' puppets."

Meanwhile Shah Hossein Mortazavi, a senior adviser to the Afghan President Abdullah Ghani called on the Iranian daily to "stop its mischiefs," and explained that Iran portrays the Taliban in a good light and at the same time launches seditions in Afghanistan.

Ironically, Jomhouri Eslami had criticized Iranian officials for expressing support for the Taliban and portraying the group in a good light.

Meanwhile, Mortazavi stressed that Afghanistan will not repeat the experience of Syria, Yemen, Iraq and Lebanon and that Iran's sedition will fail." According to Jomhouri Eslami, some of the members of the new group are former members of the Fatemyoun Division, a militia organization mobilized by Iran to fight in Syria's civil war. In another development, a former adviser of the Afghan President has accused the Iranian paper of "lying," and said that Afghans are clever and will not fall for Iran's deceitful behavior.

A former government adviser, Abdul Ali Mohammadi, also revealed that the real name of the pro-Iranian group's leader was Sayyed Hassan Safai-Balkhi and that he is most probably in Balkha rather than Kabul where the Iranian paper claims he is based. He called on Safai-Balkhi to file a complaint against the Iranian newspaper and clear his name.

During the past weeks, another Khamenei-funded daily newspaper Kayhan had claimed in its articles about the Taliban's advances in various cities that in these operations there were no trace of scary crimes like those of ISIS. The daily had also claimed that the Taliban had said they have nothing against the Shiites in Afghanistan and that "The Taliban we see today is different from the Taliban that used to behead people."

According to Afghan officials, the Taliban has not changed and it continues to murder people and destroy public assets.

Iran's president Ebrahim Raisi addressed the UN General Assembly saying his country wants a resumption of nuclear talks with world powers to lead to the removal of US sanctions. END_OF_DOCUMENT_TOKEN_TO_BE_REPLACED

President Joe Biden told the UN General Assembly on September 21 that he will prevent Iran from getting nuclear weapons. END_OF_DOCUMENT_TOKEN_TO_BE_REPLACED

India has seized nearly three tons or $2.72 billion worth of Afghan heorin shipped from Iran. END_OF_DOCUMENT_TOKEN_TO_BE_REPLACED

Iran's foreign ministry spokesman has said that nuclear talks with world powers will start in a few weeks but has not given a firm date. END_OF_DOCUMENT_TOKEN_TO_BE_REPLACED