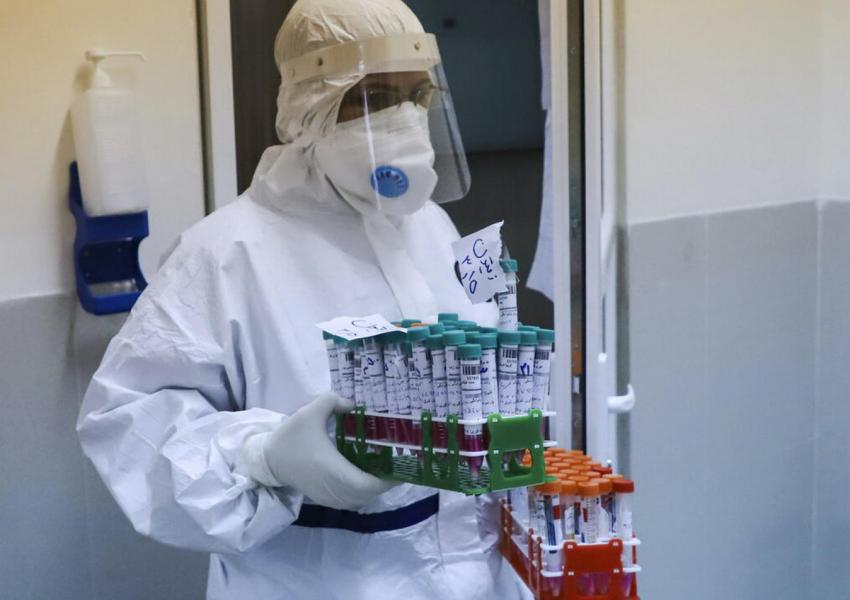 In a letter to the head of Iran’s Food and Drug Administration (FDA), Dr Mohammad-Reza Shanesaz, 167 Iranian pharmacologists have criticized a state-run charitable organization’s claim that Iran can make its own Covid-19 vaccine. They described the notion as “an insult to pharmacologists’ intelligence.”

“The clinical studies prepared by these gentlemen for such a product are nothing more than a joke. How dare they claim they can produce such a vaccine?” the pharmacologists said in their letter, which has not been publicly released in Iran but whose text was partially acquired on Sunday [December 27] by Iran International. The names of the signatories are being withheld due to the sensitivity of the highly political subject in Iran.

The signatories told the head of the FDA that a country unable to procure deep freezers for transporting and storing the Pfizer vaccine, as an official of the National Coronavirus Combat Taskforce claimed earlier this month, could not claim to be able to produce a complex vaccine. The pharmacologists urged Shanesaz to take urgent action to import vaccines and devise a plan for their distribution and use.

One day after Iran International published its report about the letter, Alireza Bayglari the head of the Pasteur Institute in Tehran announced that Iran is making a vaccine in cooperation with “another country” without naming that country or divulging more information.

In the past few days, hardliners have been campaigning against the Rouhani government plans to purchase US-made Covid vaccines through the World Health Organization’s Covax facility. They even allege that such vaccines might be used as a biological weapon.

Arguments over importing or waiting for a domestically-produced vaccine have for several days been the top trend in Persian-language social media. “Have you forgotten the 80s when the French sold us HIV-contaminated blood which caused the HIV/Aids outbreak in Iran,” a Twitter user warned. “Please lets not buy the Covid vaccine from another country. A biological war is raging today.”

The news from Pasteur Institute can signal an Iranian effort to perhaps acquire the vaccine from Russia and China and claim joint production.

The issue is highly politicized as Shifa Pharmed, the pharmaceutical company claiming to have brought a vaccine to the human-testing stage, is owned by Barakat Foundation, a charitable foundation – and business group − controlled by Supreme Leader Ali Khamenei. As such it cannot be held to account by the government.

Shifa Pharmed last week unveiled what it claimed was its vaccine. The head of the company’s vaccine program − introduced only by his last name, Jalili − said 56 volunteers would receive vaccines in the first phase of testing and that nearly 10,000 people had volunteered.

Jalili had said that the company’s vaccine was expected to be available by “early spring” but on Monday Hojjat Niki-Maleki, an official of the Barakat Foundation, promised in a Twitter post  that a production line would be inaugurated “in the next 40 days.” Niki-Maleki also claimed that the company would be capable of producing 1.5 million doses of the vaccine per month, increasing it to 12 million doses after six months.

The head of Iran’s Red Crescent Society, Karim Hemmati, on Monday said philanthropists living in the United States had arranged the dispatch of 150,000 doses of the Pfizer vaccine to Iran. On Sunday, Hemmati said 1 million doses of a Chinese vaccine, which are easier to store, would be imported from China.

City officials in Iran's capital Tehran are planning to put locks on large waste containers in the streets to prevent garbage pickers from accessing waste. END_OF_DOCUMENT_TOKEN_TO_BE_REPLACED

The Biden Administration has confirmed to the US Congress that sanction imposed by its predecessor on Iran have drastically reduced Iran's trade with the world. END_OF_DOCUMENT_TOKEN_TO_BE_REPLACED

The UK government said on Sept 20 that Britain would "not rest" until all its dual nationals being held in Iran were returned home. END_OF_DOCUMENT_TOKEN_TO_BE_REPLACED