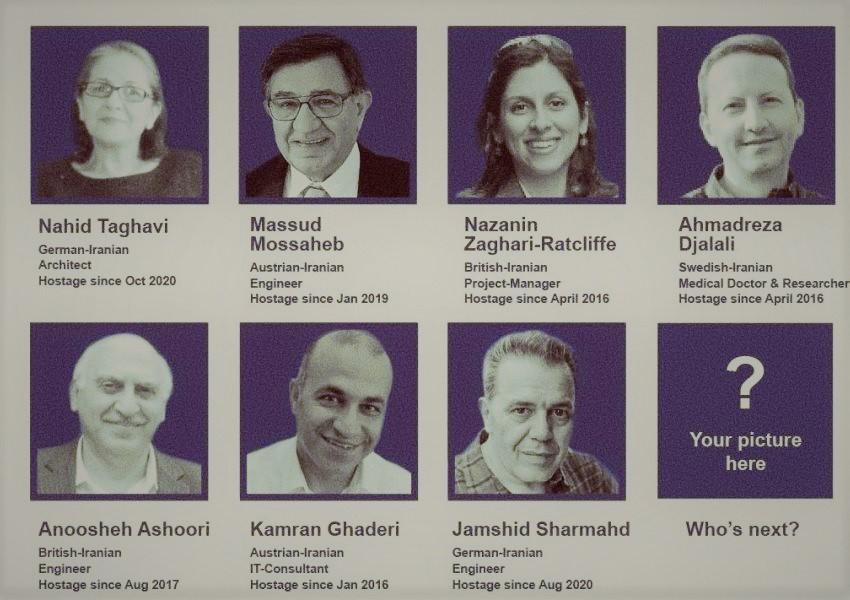 The Europe-Iran Business Forum, which opened on Monday without the EU Foreign Policy Chief Josep Borrell and Iranian Foreign Minister Mohammad Javad Zarif, continued on Tuesday amid criticism from activists who argue it legitimizes Iran’s human rights violations in favor of trade with the Islamic Republic.

EU foreign policy spokesperson Peter Stano said at a press conference on Monday that the three-day event was “a business forum…not a bilateral discussion forum between EU and Iranian government officials.” Stano confirmed that a senior EU official, Enrique Mora, Deputy Secretary General of the European External Action Service, was participating. “This is a platform where we will make sure that we can advance the legitimate trade between Iran the European Union,” Stano said.

The forum was originally planned for December but was cancelled after Iran executed dissident journalist Ruhollah Zam on December 14, and the event’s moderator, the Guardian newspaper’s Patrick Wintour, had pulled out in protest.

The online event encountered new opposition from 22 members of the European parliament, who asked EU senior officials not to attend and called on the EU “to condition any relations with Iran…on the halt to executions and torture and its malign activities abroad.”

The Mujahedin-e Khalq Organization (MEK), an exiled Iranian opposition group based in Albania, has run a social media campaign against the forum. “The brutality of the regime and its clearly exposed terrorism tactics outside its own borders should make the participants hang their heads in shame,” the MEK tweeted on Tuesday.

Families of dual citizens jailed in Iran have also been active on social media, using the hashtag #EuropeIranHostageForum. “This is a demonstration of unity,” Elika Ashoori, daughter of imprisoned British-Iranian businessman Anousheh Ashoori, said in a tweet on February 28. “All families in solidarity and as one voice, speaking up for innocent loved ones. Each life is precious, each family deserves to be heard & see justice served.”

While staying away and leaving the forum at a lower diplomatic level, Borrell sent a message read by Enrique Mora. Borell expressed support for Iran’s 2015 nuclear deal with world powers, the Joint Comprehensive Plan of Action (JCPOA), and reiterated EU criticism of Iran, particularly over human rights.

According to Euro News, Borrell pointed out that US sanctions, regional tension, and the Covid-19 pandemic had led to a considerable fall in EU-trade in the past two years, despite Instex, a largely ineffective European special-purpose vehicle established in 2019 to process transactions with Iran sidestepping US sanctions.

Peiman Seadat, Director-General for Western Europe of the Iranian Foreign Ministry, on Monday told the forum that Iran-EU trade had dropped from 21 billion euro in 2017 to 4.5 billion, which he attributed to US sanctions. EU trade with Saudi Arabia in 2019 was 52.56 billion euro, and with Turkey 138 billion euros.

Iran is interested in restoring trade with European countries in the hope that reviving the JCPOA would lead to easing of US sanctions imposed in 2018 by US President Donald Trump after leaving the JCPOA. The Trump administration threatened secondary sanctions against entities dealing with Iran.

The online forum has been organized by Iran’s Iran Trade Promotion Organization (ITPO) and the International Trade Centre (ITC), a joint agency of the World Trade Organization and the United Nations. According to the forum’s website, participants on Monday examined “the economic prospects of Iran in the region and beyond, with the consideration of how diplomacy may impact economic development,” as well as the “status of Iran’s Covid-19 response in order to give policymakers and business leaders a view to the likely trajectory for the disease in Iran and its ongoing impact on the economy.”

Sessions on Tuesday look at how businesses provide feed-back to policymakers; how Iran can export digital, technical, and creative services to European firms; and how European firms can utilize and promote Iranian start-ups. Six industry-specific panels will examine agribusiness, tourism, medicinal herbs, auto parts, petrochemicals, and information and communications technology.

City officials in Iran's capital Tehran are planning to put locks on large waste containers in the streets to prevent garbage pickers from accessing waste. END_OF_DOCUMENT_TOKEN_TO_BE_REPLACED

The Biden Administration has confirmed to the US Congress that sanction imposed by its predecessor on Iran have drastically reduced Iran's trade with the world. END_OF_DOCUMENT_TOKEN_TO_BE_REPLACED

The UK government said on Sept 20 that Britain would "not rest" until all its dual nationals being held in Iran were returned home. END_OF_DOCUMENT_TOKEN_TO_BE_REPLACED