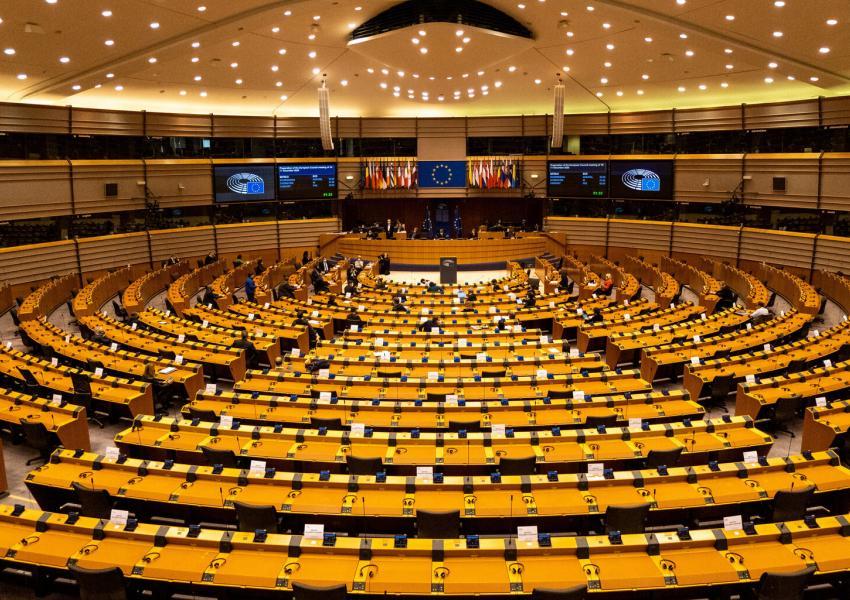 The European Parliament on Thursday [December 17] overwhelmingly passed a resolution condemning recent executions in Iran and urging European leaders to “urgently intervene” to halt the planned execution of Ahmad-Reza Djalali, a 49-year-old Swedish-Iranian doctor and academic.

The resolution, passed by 614 votes to 12 with 63 abstentions, cited the executions of Rouhollah Zam, a 42-year-old journalist, on December 12, and of wrestler Navid Afkari, a 27-year-old wrestler on September 12.

The parliament also condemned the “arbitrary detention” of lawyer and 2012 Sakharov prize winner Nasrin Sotoudeh and called for her unconditional release and access to healthcare.

The cases of Zam, Afkari and Sotoudeh all highlight unrest in Iran since 2017. Zam’s Amad News emerged boomed that year as an online Telegram channel covering protests, leading to his exile in France before he was in 2019 apparently snatched in Iraq before facing trial in Tehran. France called his execution “barbaric.”

Afkari was convicted of killing a security guard during protests in 2018 in Shiraz. Afkari claimed a confession had been forcibly extracted. The International Olympic Committee (IOC) was among many international sports organizations asking for clemency.

Nasrin Sotoudeh, a 57-year-old lawyer with a long record defending political detainees and opposing capital punishment, was convicted in 2019 before a Revolutionary Court meeting in secret. On November 7 she was allowed out of prison after testing positive for Covid-19, but again interned on December 2.

Djalali, a world authority on disaster medicine, is on death row four years after being arrested on a visit to Iran for a conference. In November, 150 Nobel Laurates wrote to Iranian Supreme Leader Ali Khamenei asking him to order Djalali’s release.

Djalali’s wife Vida Mihranian told Iran International TV in November that her husband was “a victim of Iran-Europe relations,” encouraging speculation he was being used as a bargaining chip over Assadollah Assadi, an Iranian diplomat awaiting a verdict in January after trial in Belgium over a plot to bomb an exiled Iranian opposition group.

Relations between Europe and Iran are at a delicate stage. The Europeans want to revive Iran’s 2015 nuclear deal with world powers, an aim shared by United States President-elect Joe Biden, but show growing concern over Iran’s human-rights record. An Iran-European business forum collapsed this week after European ambassadors withdrew over the Zam execution.

On Wednesday, Khamenei − while expressing muted support for President Hassan Rouhani’s diplomatic efforts to revive the nuclear deal and lift US sanctions introduced by President Donald Trump − slammed France, Germany and the United Kingdom for “unending misconduct, meanness, insincerity and hypocrisy.” Yet the European Union, unlike Trump, criticized as a violation of human rights the November 27 killing of Iranian nuclear scientist Mohsen Fakhrizadeh, which Tehran blamed on Israel.

City officials in Iran's capital Tehran are planning to put locks on large waste containers in the streets to prevent garbage pickers from accessing waste. END_OF_DOCUMENT_TOKEN_TO_BE_REPLACED

The Biden Administration has confirmed to the US Congress that sanction imposed by its predecessor on Iran have drastically reduced Iran's trade with the world. END_OF_DOCUMENT_TOKEN_TO_BE_REPLACED

The UK government said on Sept 20 that Britain would "not rest" until all its dual nationals being held in Iran were returned home. END_OF_DOCUMENT_TOKEN_TO_BE_REPLACED