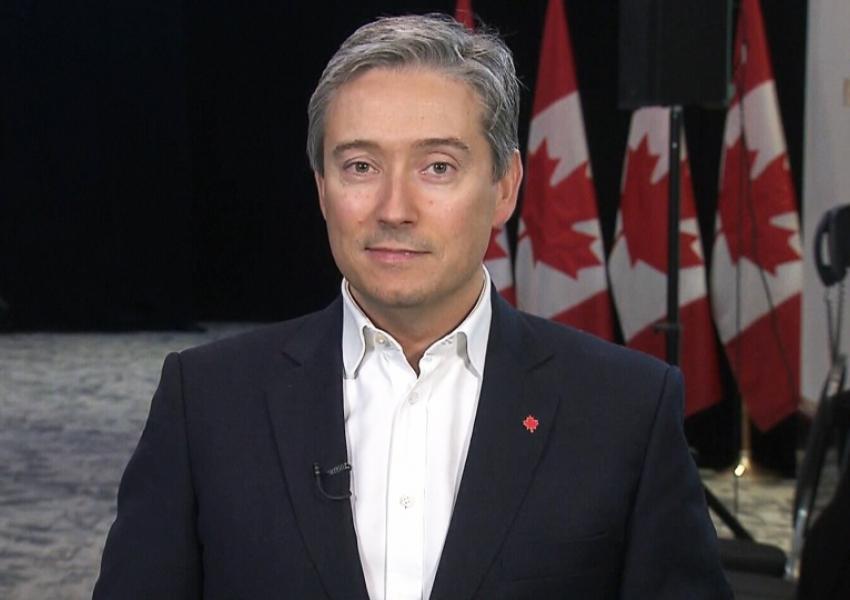 In an interview with Iran International Television on the anniversary of the downing of Ukrainian flight PS752 by Islamic Revolution Guards Corps (IRGC) missiles, Canadian Foreign Minister François-Philippe Champagne said Canada demands answers, justice, and responsibility. Canada will not compromise, and it will do everything to reveal the truth and see justice done.

The Canadian foreign minister said a year after this tragedy “there are still quite a number of very legitimate questions that have remained unanswered.” Fifty-five Canadian citizens and 30 permanent residents were onboard the plane.

“We have to remember that Iran initially denied any involvement in the downing of flight PS752, so you would understand that we judge" Iranian officials by their actions, not their words, Champagne added.

The state media and IRGC officials initially claimed that the crash was due to a technical malfunction and dismissed as propaganda the US claim about the IRGC shooting down the plane.

Three days later the IRGC and Islamic Republic officials were finally forced to take responsibility after citizen videos emerged showing what appeared to be missiles hitting the plane but claimed the cause was “human error”.

The incident happened hours after Iran had fired ballistic missiles at US bases in Iraq and a tense military situation prevailed in the region.

Foreign Minister Champagne once again reiterated the questions that Canada and the international community and the families of the victims have been asking for the past year, which he says the Islamic Republic has not answered.

He said Canada will continue to pressure for both an aviation safety investigation and a criminal investigation.

He also repeated the criticisms made by UN Special Representative Agnes Callamard regarding the flaws in international aviation safety laws, saying it is very difficult to imagine how can a state that downs a civilian plane with a military attack can also be solely in charge of the investigation.

Champagne emphasized that compensation for the families of the victims must be agreed upon through negotiations with each country, and it will not be decided by the unilateral statements from Iran. He added that the negotiations have not begun yet, and urged Iran to comply with its international commitments.

Previously, President Hassan Rouhani’s legal deputy said they are trying to prevent the case of shooting down the flight PS752 from going to the international court.

However, the families of the victims have filed several lawsuits against Ali Khamenei, the leader of the Islamic Republic, and the IRGC in Canada and the US.

The five countries that lost citizens in the downing of flight PS752, Ukraine, Afghanistan, Canada, Sweden, and the UK, once again urged Iran on Friday to immediately offer a full explanation about this tragedy.

City officials in Iran's capital Tehran are planning to put locks on large waste containers in the streets to prevent garbage pickers from accessing waste. END_OF_DOCUMENT_TOKEN_TO_BE_REPLACED

The Biden Administration has confirmed to the US Congress that sanction imposed by its predecessor on Iran have drastically reduced Iran's trade with the world. END_OF_DOCUMENT_TOKEN_TO_BE_REPLACED

The UK government said on Sept 20 that Britain would "not rest" until all its dual nationals being held in Iran were returned home. END_OF_DOCUMENT_TOKEN_TO_BE_REPLACED