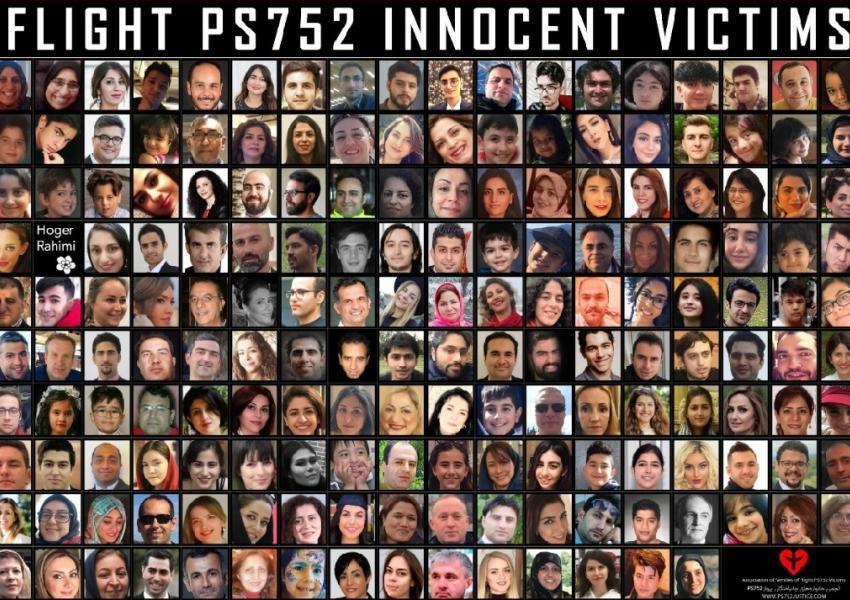 A law firm in the Unites States has filed a lawsuit against the Iranian government, its leader Ali Khamenei and the Revolutionary Guards (IRGC) commander Hossein Salami on behalf of the families of victims of the Ukrainian flight PS752 which was shot down by Iran’s air defenses on January 8, shortly after it took off from Imam Khomeini Airport, Tehran.

According to a statement released on Friday by the Washington-based law firm , Herischi & Associates, the claimants are immediate family members of American victims of the crash that killed all 176 on board. The lawsuit has been registered with the Federal Court in Washington DC.

The victims' families have sued Iran and its Supreme Leader -- who is Commander-in-Chief of the Armed Forces --  for the "murder" of their family members as well as hiding key evidence about the incident, and "to prevent collusion between Iran and the Ukrainian [airline] company to conceal the truth and deny the rights of the families of the victims".

A second round of negotiations between Iran and Ukraine over the incident will start on Monday. A first round of talks, held on July 30 in Kiev, focused on Ukraine’s demands for a transparent investigation and compensation. The second round - involving the legal deputy of Iran’s foreign ministry, Mohsen Baharvand, and his Ukrainian counterpart Yevgeni Yenin - are scheduled to last two days. Baharvand has suggested one session will deal with compensation, but Yenin is quoted by a local reporter that Ukraine wants to hear what exactly happened before considering compensation.

"The claimants hope that this legal case will be an effective step towards justice for the victims and holding those who ordered this crime and those who carried it out to justice," the US law firm's statement said while stressing that the victims' families do not believe the incident will be properly investigated by those who committed the crime and that the Iranian judiciary will ever carry out justice in the case.

"The claimants  hope that with this lawsuit they can double the pressure on those who ordered and carried out [the crime of shooting down the plane] in order to achieve justice on their own behalf and on behalf of the other victims' families," the statement of the law firm signed by the principal of the law firm Ali Herischi said.

The statement has not indicated the details of the lawsuit and the damages sought by the claimants.

A similar class action lawsuit was filed by a Canadian law firm in February which named Iran, its supreme leader Ali Khamenei, the Revolutionary Guards and others as defendants.

On September 10, the Iranian Foreign Ministry Spokesman Saeed Khatibzadeh said the Foreign Ministry had not received any communications from Canada regarding lawsuits related to the Ukrainian flight and said: "Anyone with a knowledge of the basics of international law knows that Canadian courts have no authority on what has taken place outside its own area of jurisdiction."

Iran first denied it had shot down the plane, but after three days said a “human error” had led to the missiles being fired. For months Tehran refused to hand over flight recorders to a country capable of decoding them.

The office of Canadian Foreign Minister François-Philippe Champagne said on October 2 that Canada was forming its own forensic examination team to assess evidence over Ukrainian Airlines flight PS752 and that they will collect, organize and analyze all available information and intelligence of the plane’s destruction, and will advise the Canadian government on its credibility.

City officials in Iran's capital Tehran are planning to put locks on large waste containers in the streets to prevent garbage pickers from accessing waste. END_OF_DOCUMENT_TOKEN_TO_BE_REPLACED

The Biden Administration has confirmed to the US Congress that sanction imposed by its predecessor on Iran have drastically reduced Iran's trade with the world. END_OF_DOCUMENT_TOKEN_TO_BE_REPLACED

The UK government said on Sept 20 that Britain would "not rest" until all its dual nationals being held in Iran were returned home. END_OF_DOCUMENT_TOKEN_TO_BE_REPLACED