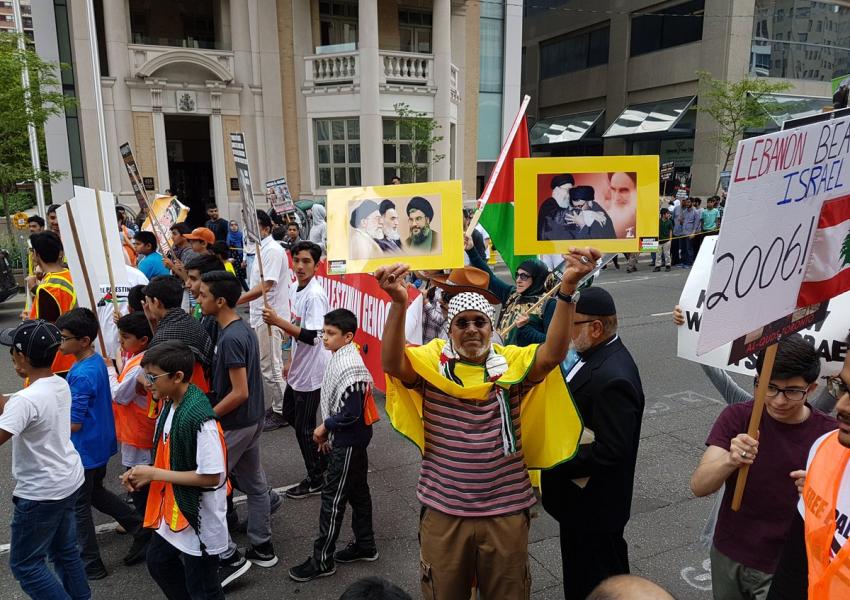 FDD: The Dangerous Presence Of Islamic Republic In Canada

A recent report from the Foundation for Defense of Democracies states that Canada has become a major hub for the Islamic Republic in Iran and its supporters, and perhaps an unsafe place for Canadian-Iranian democracy activists.

According to the report, despite receiving promises of justice from Prime Minister Justin Trudeau’s government, families of the victims of the Ukrainian Airline Flight 752 that was shot down by the regime of Iran have instead experienced threats and intimidation by the regime and its supporters within Canada, while Ottawa continues a fruitless policy of engagement with Tehran. The report claims that other Canadian-Iranians have been openly and publicly threatened with physical harm by regime sympathizers in Toronto.

The report also criticizes Canadian Prime Minister Justin Trudeau for his lack of action in the case of Ukrainian Flight 752, saying that although the prime minister has demanded answers from Tehran,  he has shown reluctance in applying any meaningful pressure against the regime.

The reports continues: “Canadian-Iranians have been warning their government about the regime’s growing presence on Canadian soil, yet their warnings appear to have fallen on deaf ears. Instead, Ottawa has chosen to look the other way as pro-regime Canadian-Iranians invest their wealth in the Canadian economy and potentially boost the Liberal party.”

According to the FDD, Canada is a top refuge for regime officials and supporters. Public records indicate that many regime officials and associates have laundered billions of dollars from Iran to Canada, bought expensive property, and settled into comfortable lives in cities such as Toronto and Vancouver. Many Iranian currency exchanges in Toronto and elsewhere facilitate the laundering of money between Iran and Canada.

One example mentioned in the report is the former chairman of Bank Melli Iran, Mahmoud Reza Khavari, who flew to Canada after embezzling $2.6 billion from Iran. Canada has allowed Khavari to settle in the country; he now lives comfortably in Toronto with his family and operates several businesses, including five restaurants.

FDD report goes on to say that the regime officials and sympathizers appear confident about their presence in Canada: “This year’s Shia religious Ashura ceremony in Toronto featured regime supporters openly threatening Canadian-Iranian democracy activists.” Adding: “Other public events have included open support for regime officials, such as the notorious IRGC General Qassem Soleimani, assassinated by U.S. forces in January, 2020.”

City officials in Iran's capital Tehran are planning to put locks on large waste containers in the streets to prevent garbage pickers from accessing waste. END_OF_DOCUMENT_TOKEN_TO_BE_REPLACED

The Biden Administration has confirmed to the US Congress that sanction imposed by its predecessor on Iran have drastically reduced Iran's trade with the world. END_OF_DOCUMENT_TOKEN_TO_BE_REPLACED

The UK government said on Sept 20 that Britain would "not rest" until all its dual nationals being held in Iran were returned home. END_OF_DOCUMENT_TOKEN_TO_BE_REPLACED