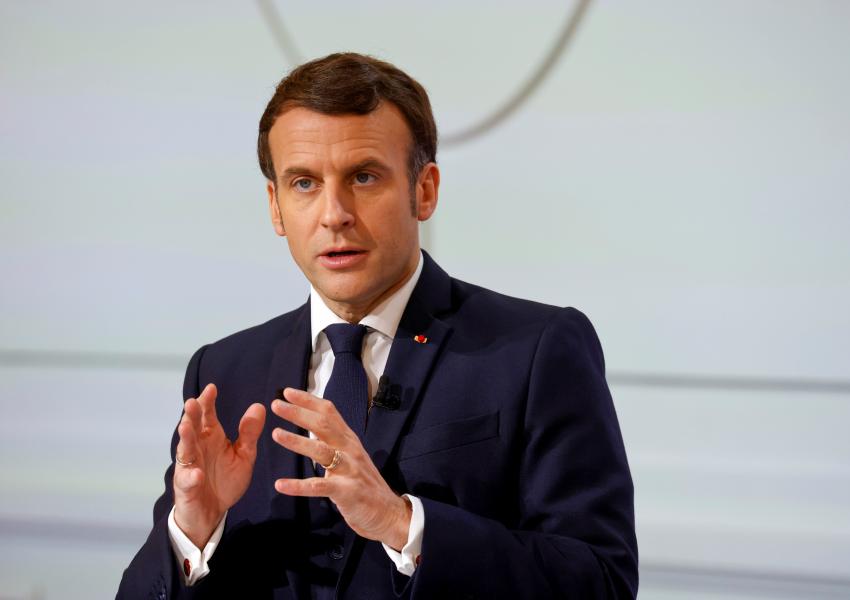 French President Emmanuel Macron said Friday that any new negotiations on Iran’s 2015 nuclear deal with world powers should be “very strict.” Speaking to Al Arabiya television news channel, Macron said these negotiations should include Saudi Arabia, Iran’s regional rival, and that regional states should have been involved in the 2015 agreement, known as Joint Comprehensive Plan of Action (JCPOA).

The Al Arabiya report on the interview, which covered a wide range of subjects, was published on the television channel's Arabic and Persian websites.

Meanwhile, US National Security Advisor Jake Sullivan said on Friday that a critical early priority for the Biden administration is to deal with an escalating crisis with Iran as Tehran gets closer to having enough fissile material for a nuclear weapon.

"From our perspective, a critical early priority has to be to deal with what is an escalating nuclear crisis as they (Iran) move closer and closer to having enough fissile material for a weapon," Sullivan told an online program sponsored by the U.S. Institute of Peace.

Leaders of the three European signatories of the JCPOA (the E3) had previously called for an early return to the JCPOA by both the US – which left the deal in 2018 and imposed sanctions – and Iran, which has taken steps beyond the deal’s nuclear limits since 2019. In December, remaining signatories of the agreement – the E3, Russia, China and Iran – expressed regret over US withdrawal and stressed that United Nations Security Council Resolution 2231, which endorsed the JCPOA, remained “fully in force.”

Leaders of several European states had called for wider negotiations with Iran over regional security. German Foreign Minister Heiko Maas in December told weekly Der Spiegel that returning to the 2015 nuclear deal was no longer enough and should be supplemented with a wider agreement, including Iran’s missile program.

Iranian officials including Foreign Minister Mohammad Javad Zarif have repeatedly argued that the JCPOA should be revived without new conditions, and should not be dependent on the Islamic Republic making unilateral concessions over defense. Tehran has also opposed involving any states who were not signatories in 2015.

Before November’s US presidential election, Joe Biden vowed to return to revive the JCPOA. In his first press conference, the new US Secretary of State Antony Blinken on Thursday said the new administration was “a long way” from returning to the deal. But while he said the US would consult Israel and Arab allies, he did not say that reviving the JCPOA would depend on their agreement or on widening the nuclear deal to cover other issues.

The Biden administration is reviewing US arms sales – including advanced jets – to Saudi Arabia and the UAE. Saudi Arabia is also in talks with India over supplementing its missile arsenal with the BrahMos Missile, an advanced cruise missile.

The newly-appointed US Iran envoy, Robert (Rob) Malley, on Thursday spoke with senior British, French and German officials. “It was to take stock of the dossier and to assess what our state of mind is,” a European diplomatic source said of Malley’s conversation with the British, French and German foreign ministry political directors. Malley’s appointment has been criticized by opponents of the JCPOA in the US and Israel.

City officials in Iran's capital Tehran are planning to put locks on large waste containers in the streets to prevent garbage pickers from accessing waste. END_OF_DOCUMENT_TOKEN_TO_BE_REPLACED

The Biden Administration has confirmed to the US Congress that sanction imposed by its predecessor on Iran have drastically reduced Iran's trade with the world. END_OF_DOCUMENT_TOKEN_TO_BE_REPLACED

The UK government said on Sept 20 that Britain would "not rest" until all its dual nationals being held in Iran were returned home. END_OF_DOCUMENT_TOKEN_TO_BE_REPLACED