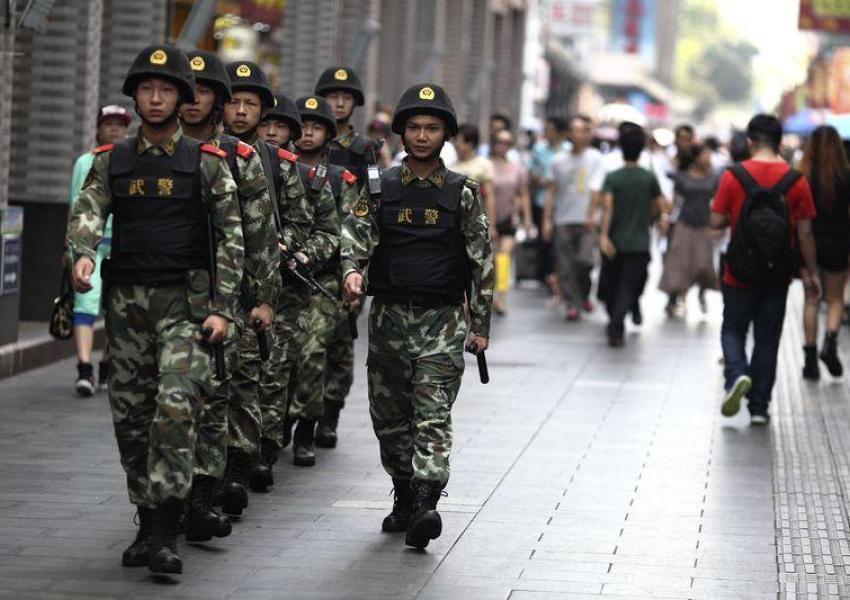 According to the reports by a UN committee, the Chinese government has transformed the province of Xinjiang to an open-air detainment center. The number of Uighur Muslims who are kept in the so-called re-education camps in this province has risen from a few thousand to at least a million individuals.

China claims that it is fighting Islamic terrorism. The first two decades of the 21st century have marked the era for the surge of Islamic terrorism and consequently the establishment of a global coalition to defeat this form of terrorism. This mood created the chance for China to start a brutal crackdown on its Muslim minority. Chinese government states that the detained people are part of its mission to battle Islamic terrorism and they are undertaking courses for “rehabilitation”, “deradicalization” and “learning Chinese values”.

The irony is that while the US and EU countries are trying to put pressure on China because of the persecution of Uighur Muslims, China has not been subject to any criticisms by countries of the Islamic world. After Mike Pompeo’s criticism of China, a group of bipartisan American lawmakers asked for sanctions on Chinese officials for this cruelty. Germany has joined the US in condemning China’s oppressive behavior.

The million-dollar question is why Iran, Turkey, and Saudi Arabia, as three main Islamic powers of the region, have been silent about the persecution of Muslims in China, and the transformation of the Muslim Eastern Turkestan (which is called Xinjiang by the Chinese) to the largest internment camp in the world?

It seems there are two reasons at work: First, the Muslim countries in the Middle East have interests and business ties with China and do not want to endanger these relations, and second, they are major human rights violators themselves, so human rights could never be their priority.

The Islamic Republic has taken double standards towards Muslims of different regions for decades. The state television covers Palestinians constantly and every now and then broadcasts live Israeli attacks on Gaza. The Islamic Republic of Iran also reacts seriously to misbehavior against Muslims in the West. For instance, when the Egyptian woman, Marwa El-Sherbini was assaulted in Germany in 2009 because of her hijab, Tehran summoned German and Italian ambassadors. China has detained one million Muslims so far, but Iran has not expressed a word and been indifferent to the brutality.

Mike Pompeo, the US secretary of state, has recently called Iran “a hypocrite regime” because of their stance on Chinese Muslims. He mentioned the Supreme Leader’s twitter account and tweeted: “Khamenei fancies himself the leader of the Islamic world, but his regime has been totally silent as China — the top buyer of Iran’s oil — has persecuted and detained hundreds of thousands of its Muslim citizens”

This double standard is nothing new in the Islamic Republic’s history. They pretend to defend Palestinian rights against Israel, but they always ignore the brutal persecution of Muslims in Russia (Chechnya) and China (Uighur Muslims). This discredits any claims by Iran to be supporting Muslims and the vulnerable around the world.

The other Muslim majority countries like Saudi Arabia, Egypt, Indonesia, and Malaysia have not shown any significant reactions to China. Turkey, in the past, was always critical of China’s policies towards Uighurs, where 22 million Muslim Turks live. Turkey previously accused China of genocide and ethnic cleansing.  This time though, Turkey has remained silent about the new crackdown.

It seems the main reason for this silence is Turkey’s political and economic problems (deterioration of relations with the US and EU) which led them to treat China as the new economic power and a key partner. This partnership would mean that Turkey can cut down on its dependence on the Western countries. Thus, it affects how they see human rights violations in the Uighurs region.

Saudi Arabia considers itself the Custodian of the Holy Mosques and the representative of Sunni Islam in the world. The rise of China in the last four decades made this country a big business partner for most of the countries in the Organisation of Islamic Cooperation, which is based in Riyadh.

After the discoveries of energy resources in the US known as the Shale Revolution and the decline in the American dependence on the Middle East for energy, countries like Saudi Arabia sought alternative customers in the East. This coincided with the increasing appetite of the Chinese economy for more energy, hence, China became the buyer of a tenth of the Saudis’ export. This is why Omer Kanat, the Chairman of the Executive Committee for World Uighur Congress, says: “Islamic nations do not want to hurt their relations with China and they look at China as a strategic ally to stand against the Western countries. So they prefer to remain silent about what Uighurs are going through.”

China named this crackdown the “re-education policy” which is clearly aimed to remove all non-Chinese elements from Uighurs’ lives. It is not a new policy and it could be traced back to the Qing dynasty. When communists came to power in 1949, they tried to change the demographics of the region and also managed to decrease the population of Uighurs in the Eastern Turkestan from 80 to the current 45 % of all the residents.

The inhumane policy of China and the genocide of Muslims in this region could backfire against China and incites Muslims’ anger in the region. Pakistan, for example, as a major ally for the Chinese government, has shown courage as the first Islamic country to officially condemn the crackdown on Muslims in China. Such condemnations could put the transport of energy and commodity to and from China through Muslim countries at risk and jeopardize the Chinese Dream for the century.

City officials in Iran's capital Tehran are planning to put locks on large waste containers in the streets to prevent garbage pickers from accessing waste. END_OF_DOCUMENT_TOKEN_TO_BE_REPLACED

The Biden Administration has confirmed to the US Congress that sanction imposed by its predecessor on Iran have drastically reduced Iran's trade with the world. END_OF_DOCUMENT_TOKEN_TO_BE_REPLACED

The UK government said on Sept 20 that Britain would "not rest" until all its dual nationals being held in Iran were returned home. END_OF_DOCUMENT_TOKEN_TO_BE_REPLACED