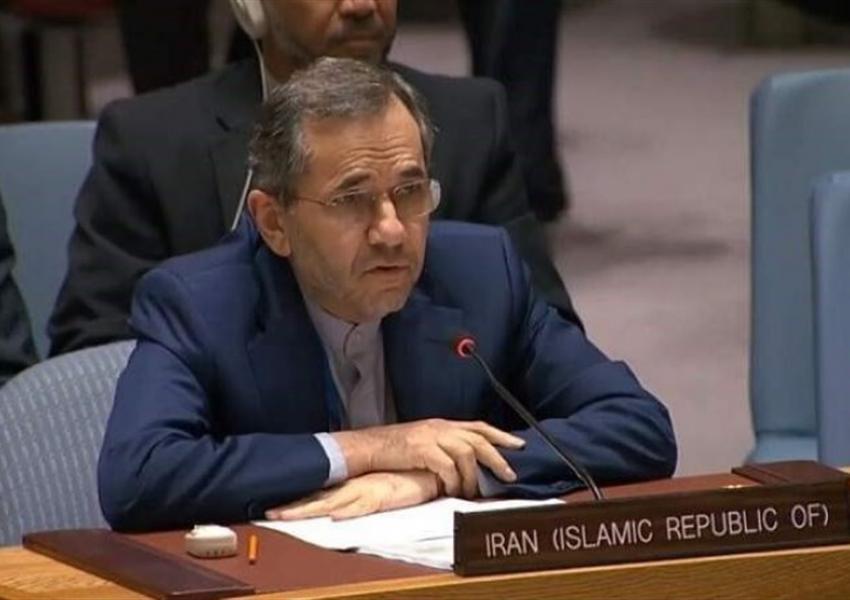 Iran’s ambassador to UN Majid Takht-Ravanchi has emphasized that the Islamic Republic will continue its missile program and accused Saudi Arabia of hiding its nuclear activities. Ravanci also expressed concern over arm purchases by Israel and Saudi Arabia.

Speaking at the UN General Assembly Disarmament and International Security Committee, Takht-Ravanchi said: “Failure to implement the IAEA’s safeguards could allow Saudi Arabia to hide certain nuclear activities without being subject to IAEA inspections. However, Washington has reportedly given green light to seven US firms to engage with Riyadh in preliminary work on nuclear power ahead of any deal, without any prior-agreement for enforcing non-proliferation norms.”

Although the Islamic Republic officials, including Supreme Leader Ali Khamenei have repeatedly threatened Israel with annihilation, the Iranian ambassador claimed that the United States has threatened non-nuclear nations with nuclear weapons, and said Israel is the only regional obstacle to the establishment of a Middle East Zone Free of Nuclear weapons, a first-ever proposal initiated by Iran in 1974.

Takht-Ravanchi also warned about what he called the flow of sophisticated weapons into the volatile Middle East and said: “In this context, the US is by far the world’s biggest exporter of arms to the region and Saudi Arabia has become the world’s largest arms importer in the last five years, with an increase of 192 percent compared with 2009–13. Arms imports by Israel also rose (354 percent) in the same period.”

In recent years, many countries in the region especially Saudi Arabia and UAE have increased their arms purchases from the US in response to Iran’s direct or indirect interventions in the Persian Gulf and other countries of the region.

A UN arms embargo on Iran is set to expire on Sunday, October 18. The United States tried to convince the Security Council to extend the embargo but Russia, China and the European powers disagreed. The US has announced it will unilaterlly enforce the terms of the embargo beyond October 18.

The Saudi Arabian government recently stated that the 2015 nuclear agreement (JCPOA) between Iran and world powers has failed to stop Iran’s nuclear ambitions and urged the international community to take decisive action in response to the violations of the agreement and international conventions by Iran.

After Khamenei warned on October 13 that “if Iran wanted to acquire nuclear weapons, no one could prevent it,” US Secretary of State Mike Pompeo tweeted: “Iran claims it doesn't want a nuclear weapon, then threatens the world with its nuclear program. All nations must reject the regime's extortion. The U.S. will never allow the world's leading state sponsor of terror to have the world's deadliest weapon—and yes, we can prevent it and will.”

City officials in Iran's capital Tehran are planning to put locks on large waste containers in the streets to prevent garbage pickers from accessing waste. END_OF_DOCUMENT_TOKEN_TO_BE_REPLACED

The Biden Administration has confirmed to the US Congress that sanction imposed by its predecessor on Iran have drastically reduced Iran's trade with the world. END_OF_DOCUMENT_TOKEN_TO_BE_REPLACED

The UK government said on Sept 20 that Britain would "not rest" until all its dual nationals being held in Iran were returned home. END_OF_DOCUMENT_TOKEN_TO_BE_REPLACED