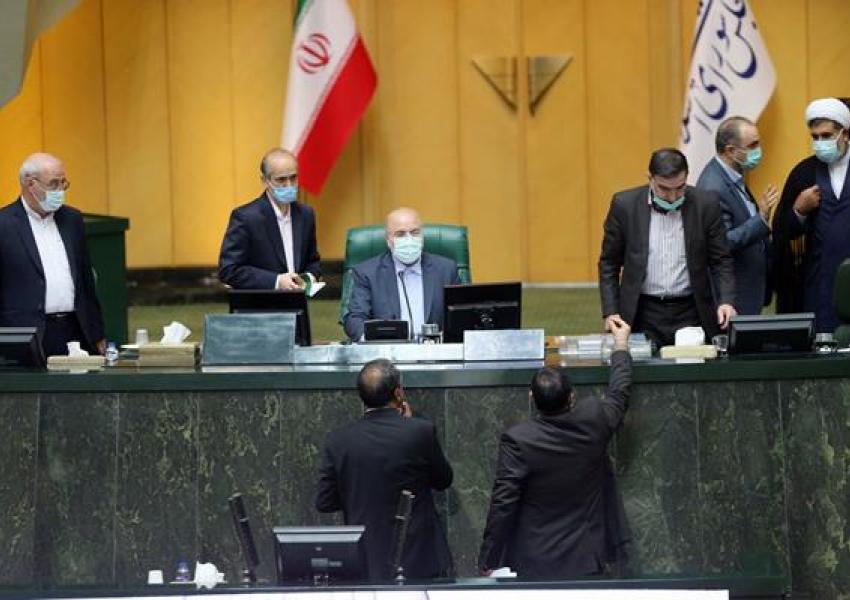 Iran’s parliament has rejected the agreement reached on Sunday in Tehran with Rafael Mariano Grossi, head of the International Atomic Energy Agency (IAEA), over Iran’s co-operation with agency inspectors after it reduces their access on February 23.

The Atomic Energy Organization of Iran (AEOI) agreed Iran would continue to allow cameras to record all aspects of the nuclear program but rather than pass footage to the IAEA would retain it for three months – apparently to allow time for the revival of Iran’s 2015 nuclear deal with world powers.

Parliamentarians argue this violated a law it recently passed requiring Iran end implementation of its Additional Protocol to the Nuclear Non-Proliferation Treaty, thereby reducing the access of IAEA inspectors. The parliament voted 221 to six, with seven abstentions, to send a dossier to the judiciary.

Article 8 of the parliament's December 1 legislation, entitled Strategic Action To Eliminate Sanction and Defend Iranian Nation’s Interests, mandates the president and government, while Article 9 stipulates legal prosecution and punishment of anyone who refuses or prevents its implementation.

In a report read on the floor after a closed session, the parliament’s National Security and Foreign Policy Committee urged the judiciary to “temporarily cancel” the agreement reached on Sunday by the AEOI and the IAEA. Lawmakers insisted that the agreement violates the parliament bill of December 1, which was seen by some analysts as a means to put pressure on the new US administration to lift sanctions imposed by the Trump administration and by others as a means to stymie efforts of President Hassan Rouhani and United States President Joe Biden to revive the 2015 nuclear agreement.

It is worth noting that most major news websites, including the government's IRNA and those affiliated with the Revolutionary Guards downplayed the news about parliament's move. Few websites even carried the news among their top stories. Abolfazl Amuee, spokesman of the Supreme National Security Council was quoted by Fars as saying that parliament's initial legislation reducing IAEA access "is a lever in the hands of the government to put pressure on the West. With this law we have designed steps to force the other side to relinquish its outlandish demands."

Underlining the differences between the government and parliament, foreign ministry spokesman Saeed Khatibzadeh said Monday that the agreement with Grossi was not only “a very significant diplomatic achievement and a very significant technical achievement” but “within the framework of the parliament’s binding law.” Khatibzadeh stressed that IAEA cameras would keep running at nuclear sites without footage being passed to the agency.

Keyvav Khosravi, spokesman of the Secretariat of the Supreme National Security Council (SNSC), took a similar line. He said that the agreement reached with the IAEA did not infringe the parliament’s legislation and that Iran would on February 23 suspend its implementation of the Additional Protocol, which has been in place most of the period since December 2003.

The SNSC, which is headed ex officio by Rouhani, generally coordinates security policy, including the nuclear program, although nuclear negotiations leading to the 2015 deal were switched to the foreign ministry. Ali Shamkhani, SNSC secretary and a representative of the Supreme Leader Ali Khamenei in the council, is yet to comment on the talks with the IAEA.

While the details of Iran’s agreement with Grossi are yet to emerge, it appears that footage from IAEA cameras would be retained by Iran for three months and then deleted if US nuclear-related sanctions are not lifted as required by the 2015 deal, known as the JCPOA (Joint Comprehensive Plan of Action). While both Rouhani and Biden are committed to reviving the deal, there is no agreement on any mechanism for doing so while the plan faces significant opposition in both the US and Iran.

City officials in Iran's capital Tehran are planning to put locks on large waste containers in the streets to prevent garbage pickers from accessing waste. END_OF_DOCUMENT_TOKEN_TO_BE_REPLACED

The Biden Administration has confirmed to the US Congress that sanction imposed by its predecessor on Iran have drastically reduced Iran's trade with the world. END_OF_DOCUMENT_TOKEN_TO_BE_REPLACED

The UK government said on Sept 20 that Britain would "not rest" until all its dual nationals being held in Iran were returned home. END_OF_DOCUMENT_TOKEN_TO_BE_REPLACED