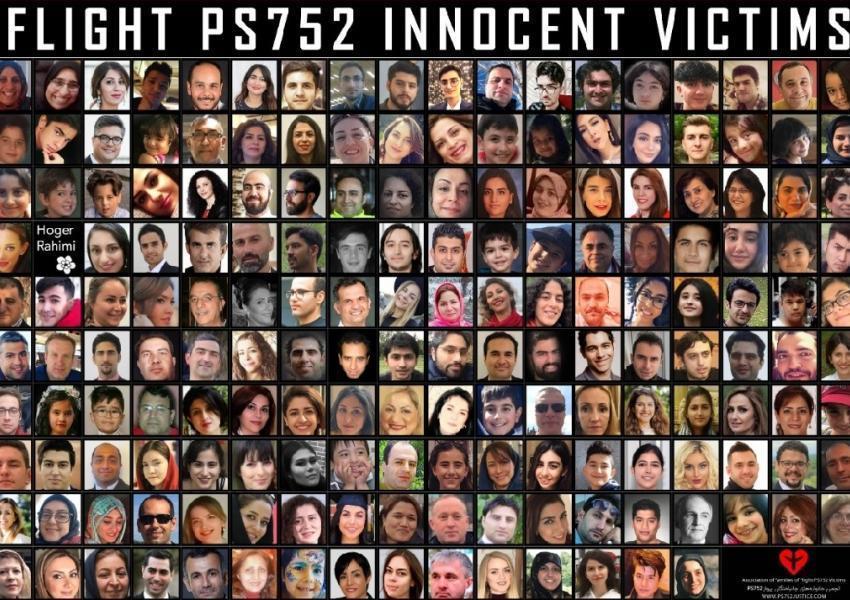 The spokesman for victims’ families has attacked the Iranian government decision, as reported in the media, to allocate money from the National Development Fund (NDF) to compensate families of those who died in the downing of a Ukrainian airplane by Revolutionary Guards on January 8.

As a result of the depletion of the country’s foreign currency reserves there was no other way to raise the sums involved, estimated at 200 million euros, economist Hadi Haghsenas was quoted by Shargh newspaper on Tuesday as saying. Hemmat Gholizadeh, a budget expert, told Shargh that insurance companies were unable to pay compensation.

Hamed Esmaeilion, spokesperson of the Canada-based Association of Families of the Victims of Flight PS752, slammed the government decision to use resources from the NDF. “The costs of shooting at children and Revolutionary Guard's crimes are to be taken from people’s pockets,” Esmaeilion wrote in a Facebook post.

“They are taking money out of the country’s development fund to pay for the filthy crimes of the IRGC,” he continued. “They are stealing people’s money and also forever embarrassing the surviving families in front of the people (for taking the money)….There is no middle ground in murder, you are either on this side of the line, or on the other side, there is no reformist and fundamentalist or peace and war.”

The NDF is ring-fenced from the government budget and earmarked for productive investment for future generations, but with depletion of the country’s foreign currency resources as a result of draconian United States sanctions since 2018, the government of President Hassan Rouhani increasingly used the NDF to supplement the national budget.

According to Fars News Agency, the government plans to withdraw around 1.5 billion euro from the fund for various purposes including the compensation and coronavirus pandemic management. The figures are given in draft budget bill for the next Iranian year (starting March 21), which the government will soon present to parliament.

All 176 passengers and crew were killed, including 15 children aged 2 to 12 and one baby. Sixty-three passengers were Canadian nationals, and 138 were travelling to Canada via Kyiv. The victims’ families have in Canada launched legal action against Iran and its Supreme Leader Ali Khamenei seeking compensation of at least $1.1 billion for the “murder” of their family members.

City officials in Iran's capital Tehran are planning to put locks on large waste containers in the streets to prevent garbage pickers from accessing waste. END_OF_DOCUMENT_TOKEN_TO_BE_REPLACED

The Biden Administration has confirmed to the US Congress that sanction imposed by its predecessor on Iran have drastically reduced Iran's trade with the world. END_OF_DOCUMENT_TOKEN_TO_BE_REPLACED

The UK government said on Sept 20 that Britain would "not rest" until all its dual nationals being held in Iran were returned home. END_OF_DOCUMENT_TOKEN_TO_BE_REPLACED