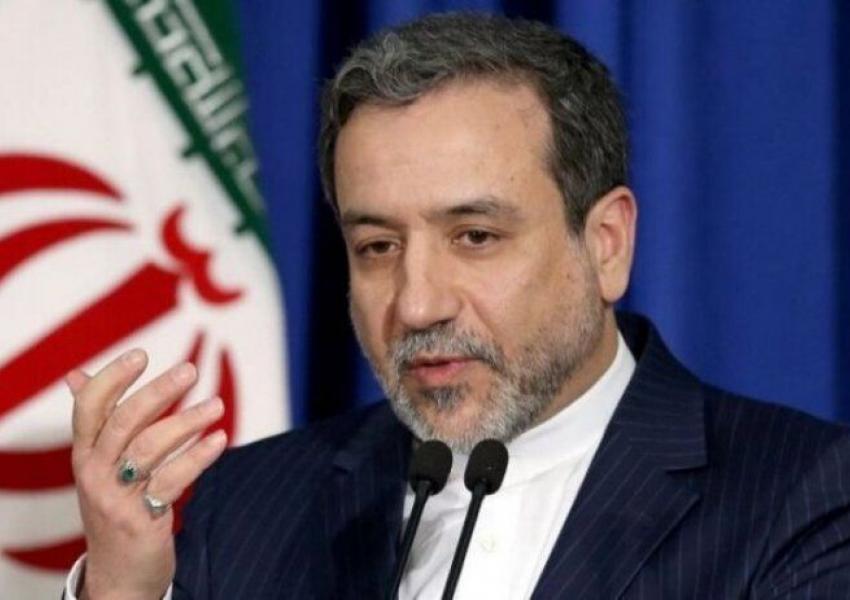 Deputy Foreign Minister Abbas Araghchi has denied meeting with representatives of United States President-elect Joe Biden in Muscat during his four-hour visit to Oman on December 14. In a post on his Telegram channel on Tuesday [December 15], Araghchi said he met only with Omani Foreign Minister Badr bin Hamad Al Busaidi.

“By the way, those who make up stories about imaginary meetings apparently have no proper understanding of the current circumstances,” Araghchi wrote. In the past few days some social media users and websites had claimed that Araghchi had gone to Oman to meet a Biden envoy.

Amir Taheri, a London-based journalist who has rejected notions of reviving Iran’s 2015 nuclear agreement, wrote on Twitter the day Araghchi was in Oman that the minister was there “to probe possibility of Oman mediating with [the] in-coming Biden administration in Washington.” Taheri claimed that “President [Hassan] Rouhani’s faction hopes [the] new US administration will agree to secret preliminary talks,” which Taheri contrasted with the approach of President Donald Trump who had “offered talks but not in secret.”

Principlists in Iran, many of whom reject notions of reviving Iran’s 2015 nuclear agreement with world powers, made similar claims. “Araghchi has been given the mission to meet a Biden representative in Oman. The Rouhani administration is throwing the country in another pit of negotiations [with the United States] despite the explicit injunction of the Supreme Leader,” a hardliner Twitter user charged.

Previous US-Iran talks, including through Omani mediation, have often been denied at first. Rouhani in 2013, however, said that Oman had played “a vital role” in liaison with the US leading to the 2015 nuclear agreement, the JCPOA (Joint Comprehensive Plan of Action).

Government officials have recently pointed out that such talks have always been sanctioned by Iran’s Supreme Leader Ali Khamenei. In an interview published on December 9, Foreign Minister Mohammad Javad Zarif said meetings with the US in Muscat had started before Rouhani’s presidency “by the order of the Supreme Leader” despite the opposition of both President Mahmoud Ahmadinejad and the Secretary of the Supreme National Security Council (SNSC), Saeed Jalili, who both left their posts in 2013.

“The fact that there had been talks in Muscat [before Rouhani became president in 2013] is proof that the Supreme Leader was not under pressure [from the Rouhani administration],” Zarif said, “How could the Supreme Leader who has confronted the United States be intimidated by me, Zarif, or the government?”

In an article published on November 30, the New York Times said Iranian diplomats had said that Araghchi had tried through intermediaries to pass on to Biden advisers Tehran’s insistence that the US should return to the JCPOA unconditionally. Biden has said he will respect Iran’s 2015 nuclear agreement with world powers, the JCPOA (the Joint Comprehensive Plan of Action) which lifted most international sanctions. Trump abandoned the agreement in 2018 and imposed stringent economic sanctions.

iran
Iran and US
Iran nuclear

City officials in Iran's capital Tehran are planning to put locks on large waste containers in the streets to prevent garbage pickers from accessing waste. END_OF_DOCUMENT_TOKEN_TO_BE_REPLACED

The Biden Administration has confirmed to the US Congress that sanction imposed by its predecessor on Iran have drastically reduced Iran's trade with the world. END_OF_DOCUMENT_TOKEN_TO_BE_REPLACED

The UK government said on Sept 20 that Britain would "not rest" until all its dual nationals being held in Iran were returned home. END_OF_DOCUMENT_TOKEN_TO_BE_REPLACED