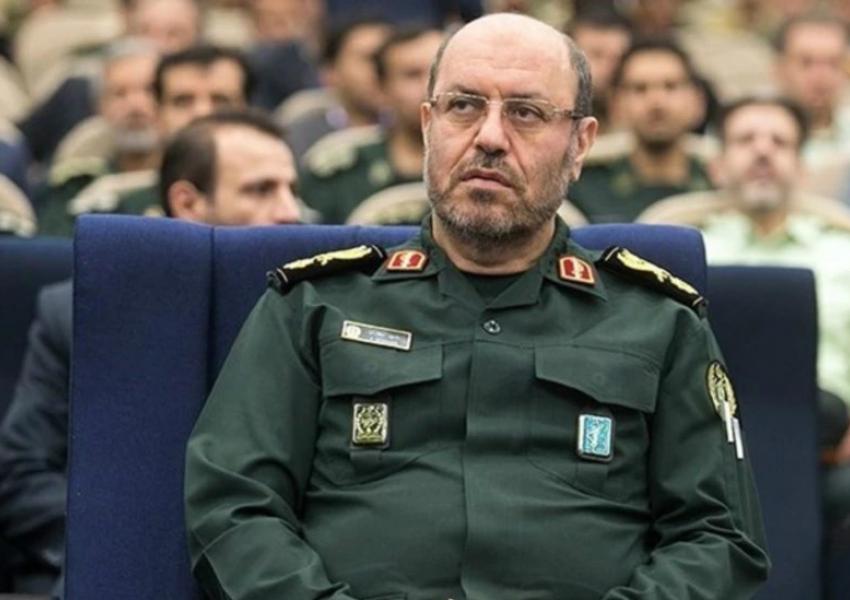 Former Defense Minister Hossein Dehghan, who is currently Iranian Supreme Leader Ali Khamenei's top military adviser and has officially announced his candidacy for the June 2021 Presidential election says candidacy of military officers does not mean that they are going to stage a coup in Iran.

Speaking in an interview published by the semi-official Iranian Students News Agency (ISNA) on Tuesday March 9, Dehghan said "The military does not wish to replace everyone else with their own candidates."

Dehghan is one of the three former or current military officers who have already announced their candidacy. Saeed Mohammad who resigned his post as IRGC's Khatam ol-Anbia Engineering HQ on Sunday has also officially announced his candidacy. He is currently an adviser to IRGC commander in chief Hossein Salami.

The third IRGC general known to be running in the upcoming presidential election is Majles Speaker Mohammad Bagher Ghalibaf who was previously Tehran's Police Chief and the IRGC's air force commander.

Dehghan said that anyone in any position is entitled to run for president and that there is no law against military personnel's candidacy. "They only need to resign their post six months before the election," he said. However, less than four months before the election, Dehghan has not resigned his post. He also did not mention that Iran's first supreme leader Ayatollah Ruhollah Khomeini strongly prohibited military men from interference in politics and running for office.

The Islamic Revolution Guard Corps (IRGC) already controls the lion's share of Iran's economy and according to President Hassan Rouhani it owns several media outlets and news agencies, as well as one of the two major intelligence services of the country and many other key organizations and industries.

Reminded of ex-military candidates' failure in previous rounds of Iran's presidential election, Dehghan responded that they probably did not have the right plans and courage to stop corruption and resolve crises.

Dehghan said that he does not belong to any political party or faction. "In fact, there are no true political parties in Iran." But he added that he will cooperate with all of them if he becomes president.

Speaking about his plans in the area of foreign policy, he said his plans are aimed at reducing tensions with the world and Iran's neighbors.

On his policy regarding the United States, Dehghan put forth two condition. First, he stated that the US should not interfere in the internal affairs of the country. "During the past 42 years the United States has always wanted to intervene in Iran's internal affairs," he said, reflecting the regime’s ever-present fear about its own existence. Non-interference in the jargon of the Islamic Republic also means no international criticism of it human rights violations and lack of free elections. It sometimes also means giving Iran a free hand in its regional policies. Any criticism in this regard is taken as an affront against the regime.

City officials in Iran's capital Tehran are planning to put locks on large waste containers in the streets to prevent garbage pickers from accessing waste. END_OF_DOCUMENT_TOKEN_TO_BE_REPLACED

The Biden Administration has confirmed to the US Congress that sanction imposed by its predecessor on Iran have drastically reduced Iran's trade with the world. END_OF_DOCUMENT_TOKEN_TO_BE_REPLACED

The UK government said on Sept 20 that Britain would "not rest" until all its dual nationals being held in Iran were returned home. END_OF_DOCUMENT_TOKEN_TO_BE_REPLACED