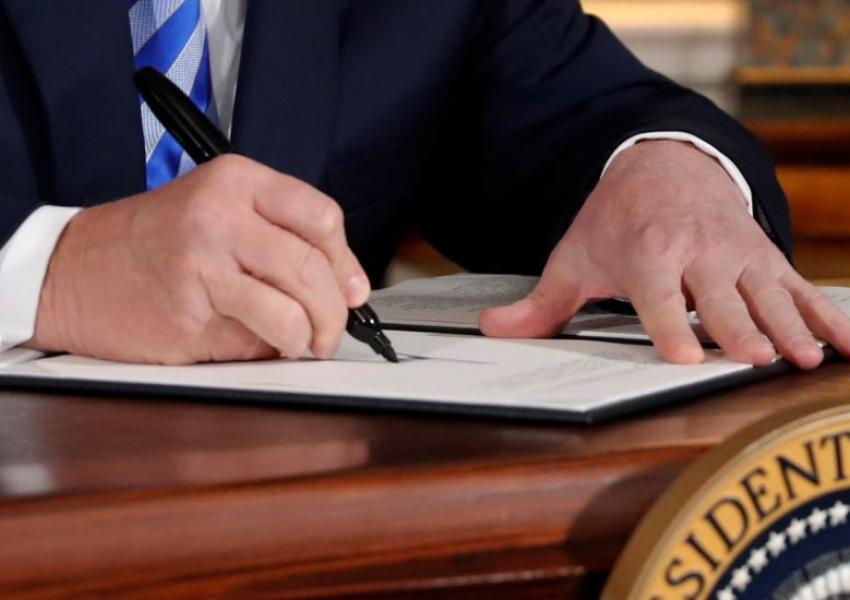 The spokesman for the Iranian government Ali Rabiei says Tehran cannot consider starting new negotiations before the United States returns to the point where it stopped fulfilling its commitments under the 2015 nuclear agreement.

President Donald Trump rejected what he called “the worst deal in history” and withdrew from the Joint Comprehensive Plan of Action or JCPOA in May 2018 and imposed draconian sanctions.

Rabiei was reflecting the view expressed by President Hassan Rouhani that the revival of the agreement – known as the JCPOA, Joint Comprehensive Plan of Action – could be relatively straightforward. Jake Sullivan, Biden’s choice for US National Security Advisor, said on Monday that a return to the JCPOA, with both Washington and Tehran honoring commitments made in 2015 was “feasible and achievable.”

Rabiei expressed the Iranian government’s opposition to suggestions – from Saudi Arabia, Israel and some in the US – that a revived JCPOA should be expanded to include other issues, including Iran’s missile program and regional alliances.

“As far as we are concerned, negotiations about the nuclear deal are over,” Rabiei said. “There is not going to be a new round of negotiations. The only remaining issue is that all parties to the deal should return to their commitments according to the nuclear deal.”

Since the US abandoned its JCPOA obligations in 2018, Iran has since 2019 expanded its nuclear program beyond limits laid down by the deal, most recently by informing the International Atomic Energy Agency (IAEA) on December 2 that it intended to install at the Natanz facility more IR2 centrifuges, uranium-enrichment machines barred under the JCPOA. Rabiei said that such actions were reversible: “As soon as the United States returns to its commitments, we will return to where we agreed based on the JCPOA.”

Elsewhere in the press briefing, Rabiei was asked about support expressed by Ali Shamkhani, Secretary of the Supreme National Security Council (SNSC), for controversial legislation requiring Iran to boost uranium enrichment and reduce cooperation with the IAEA if sanctions were not eased within two months.

Rabiei repeated the government’s view that parliament had failed to consult and that such legislation could weaken national security. He said that both the Foreign Ministry and the Atomic Energy Organization of Iran had judged the legislation to be against the national interest.

Facing domestic pressure from political rivals in third year of stagflation after Trump’s ‘maximum pressure’ targeted Iran’s oil exports and financial sector, the Rouhani government sees a return to the JCPOA as a means of easing sanctions and returning to the economic growth between 2015 and 2018.

The Iranian Diplomacy, a think tank close to the Iranian Foreign Ministry, has argued that Iran has lost influence in key regional countries such as Iraq and Syria, while events like the killing of nuclear scientist Mohsen Fakhrizadeh on November 27 have cast the shadow of a looming conflict. Critics of the JCPOA, in Iran and elsewhere, are keen to push diplomacy off the table and to create a bottleneck for the Rouhani administration and reduce its negotiating capability

City officials in Iran's capital Tehran are planning to put locks on large waste containers in the streets to prevent garbage pickers from accessing waste. END_OF_DOCUMENT_TOKEN_TO_BE_REPLACED

The Biden Administration has confirmed to the US Congress that sanction imposed by its predecessor on Iran have drastically reduced Iran's trade with the world. END_OF_DOCUMENT_TOKEN_TO_BE_REPLACED

The UK government said on Sept 20 that Britain would "not rest" until all its dual nationals being held in Iran were returned home. END_OF_DOCUMENT_TOKEN_TO_BE_REPLACED