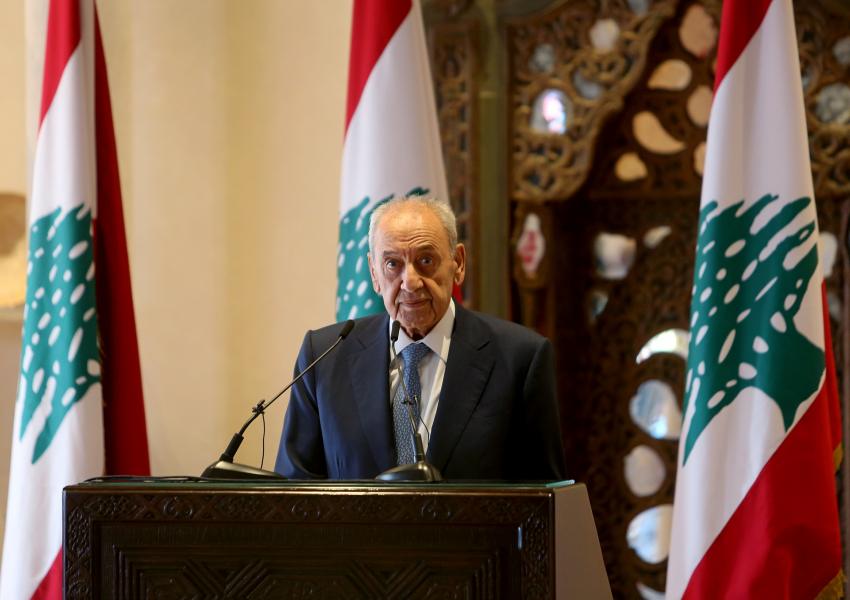 In what could be a historic development, Lebanon and Israel have agreed to settle their long-standing dispute over their maritime borders, the two countries said in separate statements released on Thursday October 1. Their respective delegations will discuss the matter within the frameworks of indirect U.S.-mediated talks.

According to the speaker of the Lebanese parliament Nabih Berri, meetings between the two countries' delegations "will be held and hosted by the staff from the Office of the U.N. Special Coordinator for Lebanon (UNSCOL), and the United States."

In a press conference Berri, the leader of Amal, a pro-Iran Shiite group, said: Representatives of the United States and the U.N. Special Coordinator for Lebanon are ready to prepare reports about the meetings that will be signed by UNSCOL and U.S and then put forward to Israel and Lebanon to sign them at the end of every meeting.

According to reports from Beirut, the talks are to be held at the headquarters of the U.N. peacekeeping force in the southern Lebanese border town of Naqoura under the banner of the United Nations. However, the two sides did not say when the talks are likely to start.

Israel and Lebanon have no diplomatic relations and are technically in a state of war. The announcement about the talks mark a breakthrough in a long standing territorial dispute in the region.

With Hezbollah being a kingmaker in the Lebanese government, the announcement could mean that the group has not objected to the arrangement. Hezbollah has been fully loyal to Iran and the key question is the position of Tehran on this issue, given its uncompromising enmity with Israel. Has Iran alos given its blessing or is simply going along for the time being?

Tough US sanctions have crippled Iran’s finances, and this has also affected Hezbollah, which is being partly blamed for Lebanon’s economic chaos. But Tehran has still not reacted to the news of the agreement that could be a first step toward normalizing relations between Beirut and Tel Aviv.

Tehran has harshly reacted to the normalization of ties between Israel on the one hand and Bahrain and the United Arab Emirates on the other.

Israel and Lebanon each claim about 860 square kilometers (330 square miles) of the Mediterranean Sea as part of their own exclusive economic zones.

Reports from the region say the talks between Israel and Lebanon are likely to help restore peace in the region.

Meanwhile, US Secretary of State Mike Pompeo has said that the agreement which is the result of nearly three years of diplomatic efforts by the United States, is likely "to yield greater stability, security, and prosperity for Lebanese and Israeli citizens alike."

The agreement on the framework comes as Lebanon is experiencing its worst economic and financial crisis in decades. Beirut is hoping that oil and natural gas discoveries in its territorial waters will help it pay back its massive debt.

Lebanon began offshore drilling earlier this year and is expected to start drilling for gas in the disputed area with Israel before in the coming months. A resolution to the maritime border will benefit both countries in energy exploration.

If agreement is attained and relations improve between Israel and Lebanon, Iran will become more isolated in the region. So, the likelihood of Tehran opposing an agreement is a real possibility, but whether Hezbollah will listen to its military and financial backer or would shy away from being a spoiler will be the key question.

City officials in Iran's capital Tehran are planning to put locks on large waste containers in the streets to prevent garbage pickers from accessing waste. END_OF_DOCUMENT_TOKEN_TO_BE_REPLACED

The Biden Administration has confirmed to the US Congress that sanction imposed by its predecessor on Iran have drastically reduced Iran's trade with the world. END_OF_DOCUMENT_TOKEN_TO_BE_REPLACED

The UK government said on Sept 20 that Britain would "not rest" until all its dual nationals being held in Iran were returned home. END_OF_DOCUMENT_TOKEN_TO_BE_REPLACED