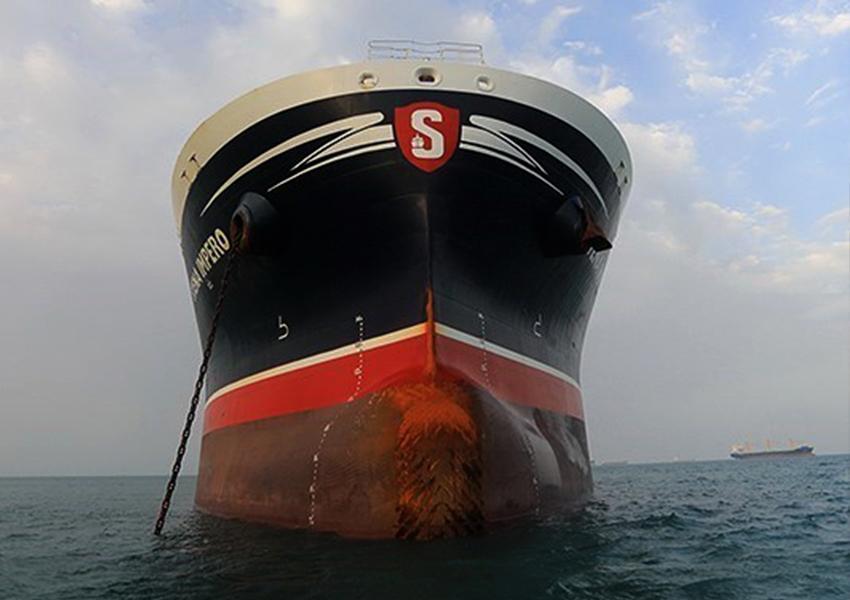 The Islamic Republic of Iran’s ambassador to Britain announced the release of the British-flagged tanker Stena Impero after two months of detainment.

Hamid Baeidinejad announced on his Twitter account on Monday that the British Tanker Stena Impero is now free to leave Iran.

Baeidinejad stated that the legal process has finished, and the British tanker can now leave. He claimed that the tanker’s “violation” was overlooked, and the decision has been made for it to be released.

Erik Hanell, president and CEO of Stena Bulk, which owns the Stena Impero announced on Sunday that the political decision to release the tanker has been made.

Stena Impero was detained two months ago by the Islamic Revolutionary Guard Corps (IRGC) as it was passing through the Strait of Hormuz in response to the seizure of the Iranian tanker Grace 1 (now Adrian Darya 1) in Gibraltar by the British forces for violating EU sanctions against Syria.

Grace 1 was later released and delivered its oil to Syria despite the Islamic Republic and foreign minister Zarif’s assurances that the ship’s destination is not Syria. Stena Impero was also supposed to be released after the release of Grace 1, but the IRGC continued to detain the British ship.

City officials in Iran's capital Tehran are planning to put locks on large waste containers in the streets to prevent garbage pickers from accessing waste. END_OF_DOCUMENT_TOKEN_TO_BE_REPLACED

The Biden Administration has confirmed to the US Congress that sanction imposed by its predecessor on Iran have drastically reduced Iran's trade with the world. END_OF_DOCUMENT_TOKEN_TO_BE_REPLACED

The UK government said on Sept 20 that Britain would "not rest" until all its dual nationals being held in Iran were returned home. END_OF_DOCUMENT_TOKEN_TO_BE_REPLACED