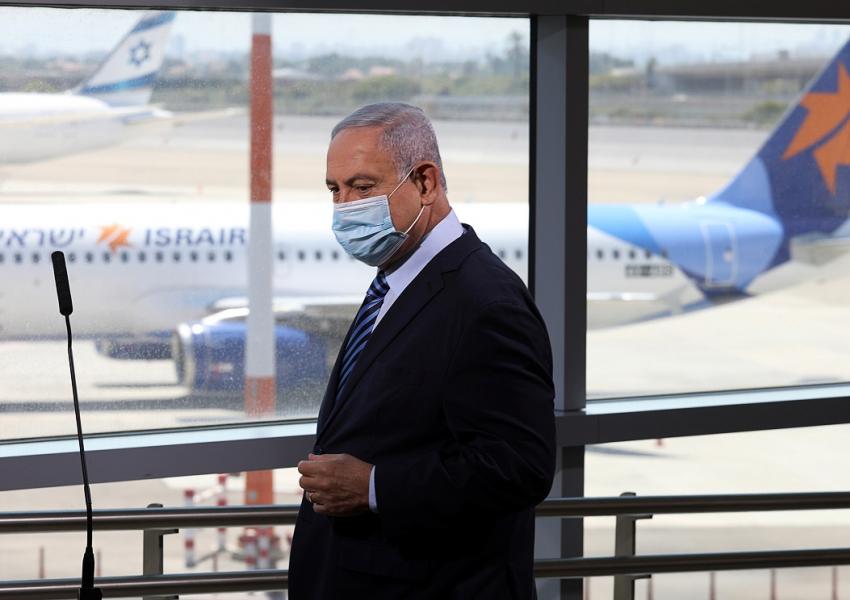 Haaretz cited political sources claiming Netanyahu left Alternate Prime Minister and Defense Minister Benny Gantz and Foreign Minister Gabi Ashkenazi in the dark over the meeting. Netanyahu’s plane flew directly to Neom, a new Saudi city on the Red Sea and returned to Tel Aviv after five hours, Avi Scharf, editor of Haaretz’s English edition, said in a tweet on Monday. The plane was on the ground for two hours, according to Haaretz.

Shortly after, the Saudi foreign minister Prince Faisal bin Farhan denied the report about Netanyahu's meeting and insisted that bin Salman and Pompeo were the only "officials present were American and Saudi." The State Department has not commented at the time of this writing.

On Saturday in a virtual interview on the sidelines of the G20 Summit, Saudi Foreign Minister Prince Faisal bin Farhan Al-Saud expressed interest in “full normalization” with Israel on condition that a permanent and complete peace agreement was approved guaranteeing a Palestinian state.

Saudi Arabia has not followed the example of this summer’s ‘normalization’ agreements with Israel signed by the United Arab Emirates and Bahrain, reportedly with King Salman opposing such a move. The Arab League in 2002 accepted – and in 2007 and 2017 reaffirmed – support for a Saudi peace plan under which Arab states would recognize Israel if it withdrew from occupied territories and agreed to a Palestinian state. Since then, the number of Jewish settlers in the West Bank has grown to over 400,000, according to rights group Peace Now.

News of Netanyahu’s visit to Saudi Arabia came as the Saudis have demanded an active role in international talks over reviving Iran’s 2005 nuclear agreement with world powers, the JCPOA, Joint Comprehensive Plan of Action. In his current regional tour, Pompeo has visited Israeli West Bank settlements as well as defending Trump’s ‘maximum pressure’ on Iran during visits to the Gulf Arab states.

In an interview with CNBC on Saturday, Prince Faisal bin Farhan said that a new agreement with Iran should not be confined to its nuclear program but should also address its “malign activities in the region.” On Sunday Netanyahu insisted that there should be no return to the JCPOA, which President Donald Trump unilaterally abandoned in 2018.

Israel’s Channel 13 television and other media reported over the weekend that Netanyahu’s government, the Mossad and the army are coordinating closely with the Trump administration and friendly Arab states to increase pressure on Iran. One avenue mentioned is clandestine operations, similar to the theft of Iran’s nuclear archives in 2017 and the explosion in the uranium enrichment facility in Natanz.

City officials in Iran's capital Tehran are planning to put locks on large waste containers in the streets to prevent garbage pickers from accessing waste. END_OF_DOCUMENT_TOKEN_TO_BE_REPLACED

The Biden Administration has confirmed to the US Congress that sanction imposed by its predecessor on Iran have drastically reduced Iran's trade with the world. END_OF_DOCUMENT_TOKEN_TO_BE_REPLACED

The UK government said on Sept 20 that Britain would "not rest" until all its dual nationals being held in Iran were returned home. END_OF_DOCUMENT_TOKEN_TO_BE_REPLACED