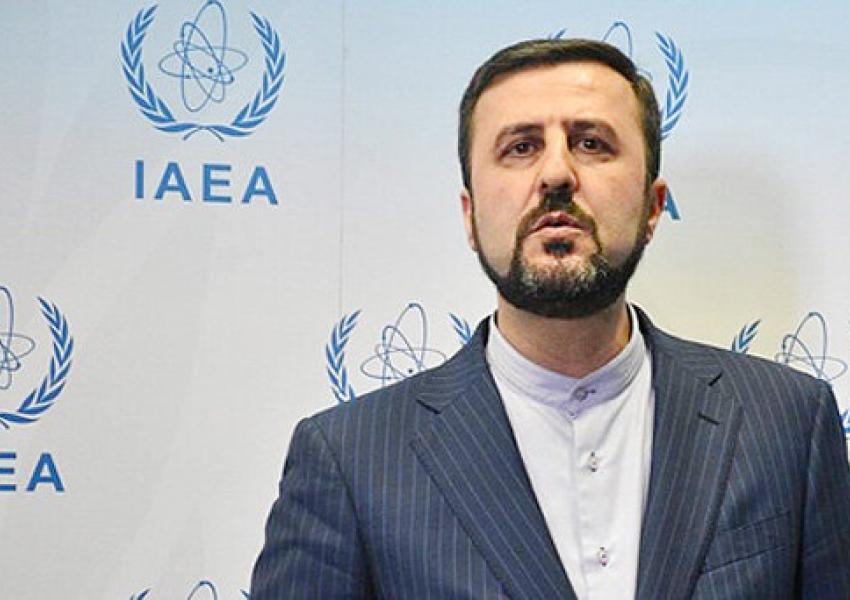 Iran’s representative to the International Atomic Energy Agency (IAEA) in Vienna has warned that any action by the UN nuclear watchdog against Iran next week can jeopardize talks to revive the 2015 nuclear agreement, JCPOA.

“IAEA cannot disassociate itself from the destiny of the JCPOA. Any counterproductive action disrupts the negotiation process,” Gharibabdi tweeted late Thursday.

Iran scaled back its cooperation with IAEA earlier this year demanding the lifting of US sanctions, after newly elected president Joe Biden signaled that he was against Donald Trump’s withdrawal from the JCPOA in 2018 and intended to restore the agreement.

A decision to penalize Iran based on the determinations of the IAEA could be made by its board made up of UN member states. Russia’s ambassador to IAEA, Mikhail Ulyanov tweeted Thursday that the board should not take any action.

The tweet came after US Special Envoy for Iran Robert Malley had spent two days in Moscow holding talks with Russian officials over the nuclear file. A final readout of his meetings gave little indication of what they achieved, but Ulyanov, presumably on behalf of his government rejected any punitive action against Tehran for lack of cooperation with the IAEA.

Iran suspended multilateral talks to revive the Joint Comprehensive Plan of Action (JCPOA) in June, saying its new president needed time to form a government. More than two weeks after a new cabinet was formed there is still no indication if and when Tehran will return to talks.

There have been concerns that Iran is delaying the resumption of the Vienna negotiations to continue uranium enrichment at higher levels, trying to get more concessions from the United States. Gharibabadi’s tweet now links the resumption of talks to any criticism by the IAEA board. If the United States and its allies take no action pursuant to IAEA’s reports, they would look week in their dealings with Tehran.

US Secretary of State Antony Blinken warned this week that time to agree on returning to JCPOA was running out.

"I'm not going to put a date on it but we are getting closer to the point at which a strict return to compliance with the JCPOA does not reproduce the benefits that that agreement achieved," Blinken told reporters in Germany in response to a question as to when it would no longer be possible to return to the Obama era agreement.

Iran's president Ebrahim Raisi addressed the UN General Assembly saying his country wants a resumption of nuclear talks with world powers to lead to the removal of US sanctions. END_OF_DOCUMENT_TOKEN_TO_BE_REPLACED

President Joe Biden told the UN General Assembly on September 21 that he will prevent Iran from getting nuclear weapons. END_OF_DOCUMENT_TOKEN_TO_BE_REPLACED

India has seized nearly three tons or $2.72 billion worth of Afghan heorin shipped from Iran. END_OF_DOCUMENT_TOKEN_TO_BE_REPLACED

Iran's foreign ministry spokesman has said that nuclear talks with world powers will start in a few weeks but has not given a firm date. END_OF_DOCUMENT_TOKEN_TO_BE_REPLACED