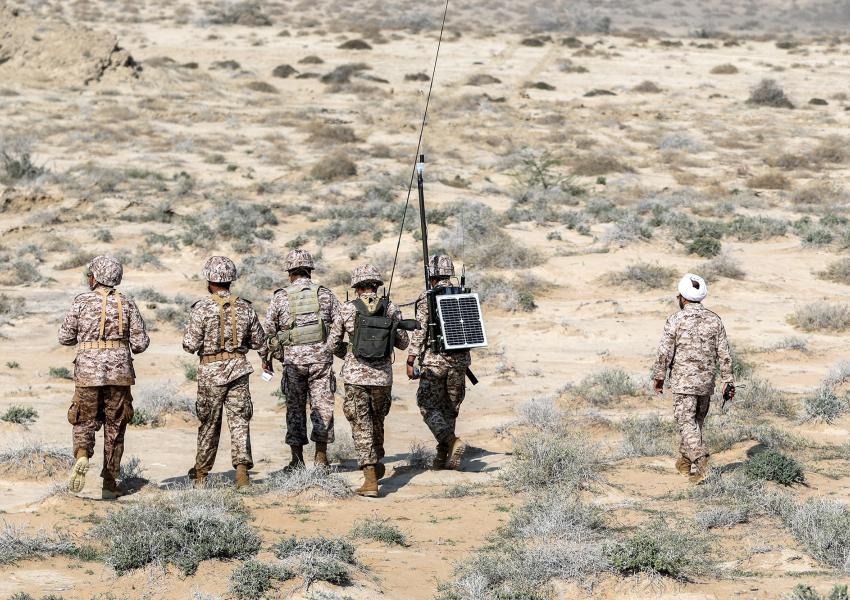 One of the commanders of the Islamic Revolution Guards Corps (IRGC) was killed in a drone attack on the border of Iraq and Syria.

According to Reuters, Iraqi security officials and local militia reported that a drone attack has killed an IRGC commander on the border of Iraq and Syria. The sources were not able to identify the commander, but they said he was killed along with three other people riding in the same vehicle with him.

Previously Iraqi and Arab media reported that IRGC commander Muslim Shahdan was killed in a drone bombing along with three other people.

Arab sources said the vehicle of Muslim Shahdan and his companions was targeted while crossing the border from Iraq to Syria.

Two Iraqi officials also told Reuters that the vehicle was carrying weapons from Iraq to Syria when it was targeted. According to these officials, the Iran-backed Iraqi militia helped with retrieving the bodies, but they offered no further detail about the incident or its exact time.

It is possible that the name Muslim Shahdan could be an alias since there is no mention of such a commander in Iranian media before this incident.

The incident comes only a few days after the assassination of an IRGC official and the head of Iran’s nuclear defense Mohsen Fakhrizadeh in Tehran, for which Iran blames Israel.

In recent weeks Israel has performed many airstrikes against various targets in Syria, a large number of them were Iran-backed forces.

According to Al-Arabiya and Al-Hadath, the Israeli airstrike on Tuesday night in Syria targeted an Iranian shipment of money that was being delivered to Hezbollah of Lebanon.

According to the sources of these two Arabic channels, a money shipment from Iran to Hezbollah, sent from Tehran to Damascus using Fars Airline, was destroyed by the Israeli airstrike while being loaded from the plane onto the truck.

City officials in Iran's capital Tehran are planning to put locks on large waste containers in the streets to prevent garbage pickers from accessing waste. END_OF_DOCUMENT_TOKEN_TO_BE_REPLACED

The Biden Administration has confirmed to the US Congress that sanction imposed by its predecessor on Iran have drastically reduced Iran's trade with the world. END_OF_DOCUMENT_TOKEN_TO_BE_REPLACED

The UK government said on Sept 20 that Britain would "not rest" until all its dual nationals being held in Iran were returned home. END_OF_DOCUMENT_TOKEN_TO_BE_REPLACED