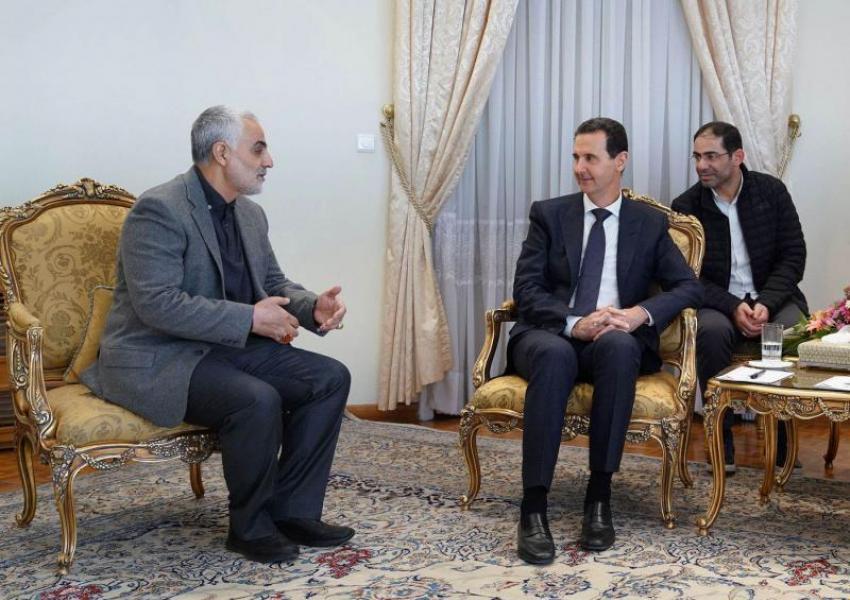 Two official media of the Islamic Revolutionary Guard Corps (IRGC) published a report about the activities of the Quds Force which confirmed after many years the role of the Quds Force and its former commander, Qasem Soleimani, in suppression of the Syrian protests in the early 2011 by training the police force in suppressing protests and providing them with weapons and equipment.

The report, published by Fars News and the political office of the IRGC on Sunday, clearly states that in 2011 while the protests in Syria had not turned into a civil war, Soleimani’s Quds Force trained and equipped the Syrian police to suppress the protests and in the same year provided intelligence and security training for a number of Syrian forces in Iran.

This is the first time that the IRGC openly confesses to the role of the Quds Force in the Syrian civil war and suppression of Syrian protesters.

“With the coordination of the Quds Force officials, law-enforcement experts trained and educated the Syrian police in dealing with street riots,” the reports states. It goes on to say: “The Syrian police also suffered from a shortage of equipment which made crisis management more difficult, so in the early stages some equipment was provided for them.”

The report by the Political Office of the IRGC emphasizes that “although the quick shift of the crisis into armed conflict did not leave much room for these law-enforcement measures, these supports continued in later stages.”

According to the report, “it was the consensus among the Iranian experts that the initial response by the Syrian regime to the protests was due to lack of necessary intelligence, and the regime did not have a good understanding of the crisis and its roots, therefore it used military measures instead of law-enforcement measures, which added to the crisis.”

The report also admits the deployment of Quds Force to Syria was done by the order of the “highest-ranking officials in the regime” and its goal was to prevent “the toppling of the Syrian regime”.

City officials in Iran's capital Tehran are planning to put locks on large waste containers in the streets to prevent garbage pickers from accessing waste. END_OF_DOCUMENT_TOKEN_TO_BE_REPLACED

The Biden Administration has confirmed to the US Congress that sanction imposed by its predecessor on Iran have drastically reduced Iran's trade with the world. END_OF_DOCUMENT_TOKEN_TO_BE_REPLACED

The UK government said on Sept 20 that Britain would "not rest" until all its dual nationals being held in Iran were returned home. END_OF_DOCUMENT_TOKEN_TO_BE_REPLACED