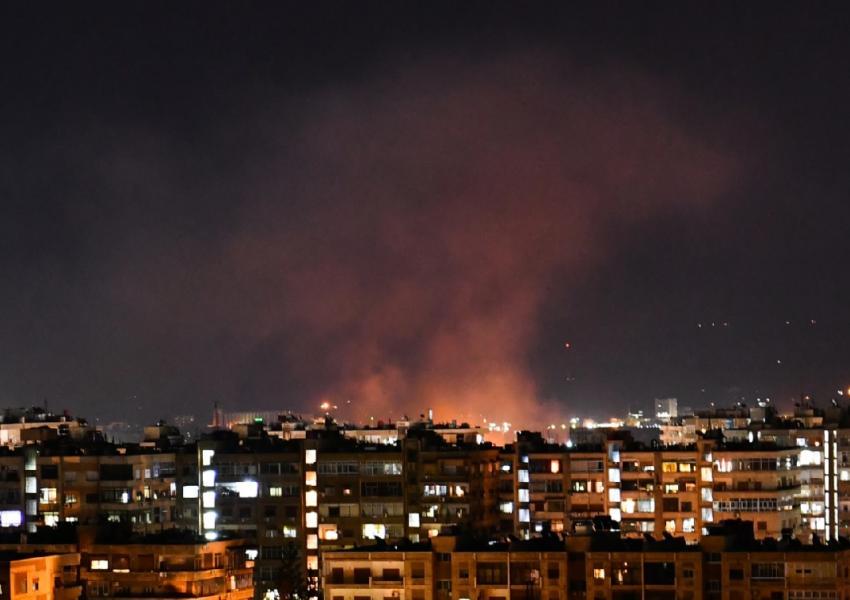 One of the targets of Tuesday’s Israeli airstrike in Syria was an Iranian money shipment on its way to Hezbollah of Lebanon, according to Al-Hadath and Al-Arabiya.

According to the sources of these two Arabic channels, a money shipment from Iran to Hezbollah, sent from Tehran to Damascus using Fars Airline, was destroyed by the Israeli airstrike while being loaded from the plane onto the truck.

Yesterday, the Syrian state news agency SANA reported Israeli airstrikes in the southeastern region of Syria near Damascus and in Quneitra governorate in the Golan Heights near the border with Israel on Tuesday. According to the state media, the strikes left no casualties and only caused material damage.

Hours after the attack, Syria Human Rights Watch announced that eight members of Iran-backed militant groups were killed in one of the attacks, and said none of the eight individuals were Syrian nationals.

According to the Syria Human Rights Watch, in the attack near Damascus, weapons depots of Iran’s Qods (Quds) Force and Hezbollah of Lebanon were targeted, along with a military base for a militia group.

A statement released by the IDF said: “Earlier, Israel Defense Forces (IDF) troops exposed improvised explosive devices (IEDs) on the Israeli side of the Alpha Line which were placed by a Syrian squad led by Iranian forces.”

“The IEDs’ exposure on Tuesday is further clear proof of the Iranian entrenchment in Syria,” the statement continued, while adding that Israel holds the Syrian government responsible for all actions perpetrated in Syria.

According to Syria Human Rights Watch, during past year IDF has launched at least 26 strikes against Iran-backed militant targets on Syrian soil, killing 206 military and paramilitary forces, out of which only 41 were Syrian. Iran’s Qods Force, the international arm of the Islamic Revolution Guards Corps (IRGC) started its activities in Syria during the civil war in support of the Assad regime, and after the war it began setting up bases near the Syrian-Israeli border.

Islamic Republic officials and Bashar Assad initially denied any presence of Iranian forces in Syria, and claimed Iran’s support was only in form of training and consultation. But in recent years Iranian officials have been openly talking about the military presence of the IRGC forces in Syria and its subsidiaries such as Fatemiyoun and Zeinabiyoun.

City officials in Iran's capital Tehran are planning to put locks on large waste containers in the streets to prevent garbage pickers from accessing waste. END_OF_DOCUMENT_TOKEN_TO_BE_REPLACED

The Biden Administration has confirmed to the US Congress that sanction imposed by its predecessor on Iran have drastically reduced Iran's trade with the world. END_OF_DOCUMENT_TOKEN_TO_BE_REPLACED

The UK government said on Sept 20 that Britain would "not rest" until all its dual nationals being held in Iran were returned home. END_OF_DOCUMENT_TOKEN_TO_BE_REPLACED