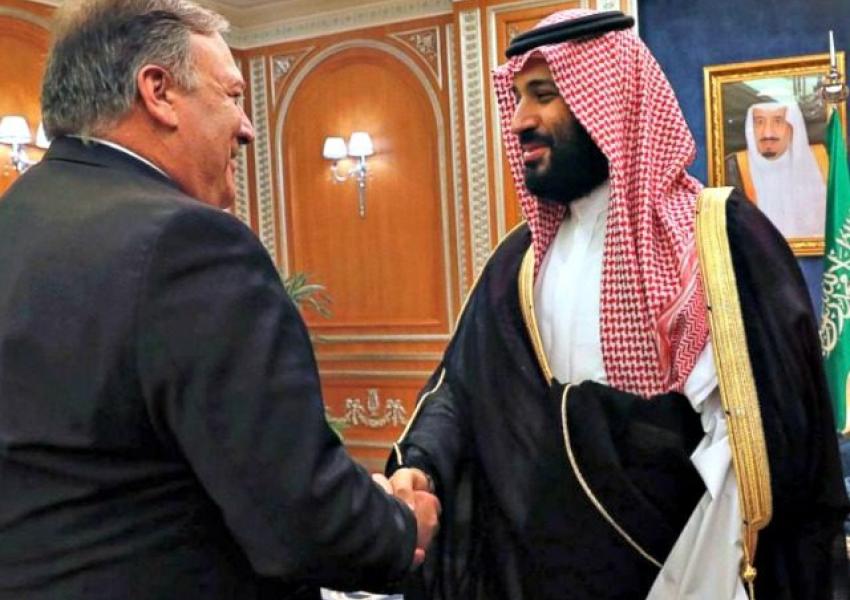 The joint statement asks Iran to end all its destabilizing activities in the region.

The signatories emphasize that they are seeking diplomatic solutions”.

As Mike Pompeo visits the region, he once again called the Islamic Republic “the greatest sponsor of terrorism” in the world. He announced that the goal of his visit is to create a global coalition, not only among the countries around the Persian Gulf but in Asia and Europe.

The signatory countries expressed their concerns regarding the recent attacks by Houthis in Yemen against Saudi Arabian facilities and the attacks on oil tankers: “These attacks threaten the international waterways that we all rely on for shipping. Ships and their crews must be allowed to pass through international waters safely.”

The statement continued: “We further note with concern the recent escalation in Houthi attacks on Saudi Arabia using Iranian made and facilitated missiles and Unmanned Aerial Vehicles. In particular, we condemn the Houthi attack on Abha civilian airport on 12 June, which injured 26 civilians.”

The United States is currently trying to create a coalition to protect the shipping routes in the Persian Gulf.

City officials in Iran's capital Tehran are planning to put locks on large waste containers in the streets to prevent garbage pickers from accessing waste. END_OF_DOCUMENT_TOKEN_TO_BE_REPLACED

The Biden Administration has confirmed to the US Congress that sanction imposed by its predecessor on Iran have drastically reduced Iran's trade with the world. END_OF_DOCUMENT_TOKEN_TO_BE_REPLACED

The UK government said on Sept 20 that Britain would "not rest" until all its dual nationals being held in Iran were returned home. END_OF_DOCUMENT_TOKEN_TO_BE_REPLACED